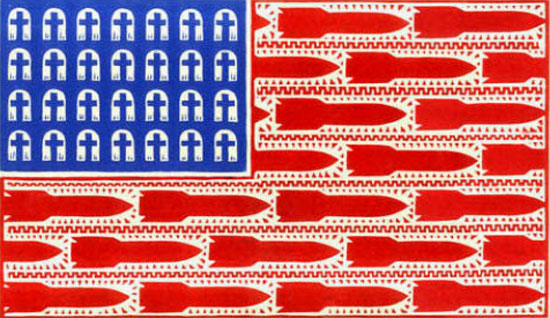 Zero evidence is required for the global bully, the US military, to do what it wants, when it wants, to whomever it wants. US political and military leaders (or better said, political and military misleaders) have one law – “we do whatever we want” – in line with the black magic of Aleister Crowley, who declared that “do what thou wilt” was the whole of his law. The recent Trump Syria strike has taken their aggressive and criminal lawlessness to yet another level.

Trump didn’t either bother to ask Congress for permission to attack another country, nor to put a case forward at the UN, nor to submit it to the scrutiny of international law, nor apparently to check with anyone except his own cadre of hawkish generals, Zionists and billionaires. Along with zero evidence, the US usually proffers pretexts such as “weapons of mass destruction”, “chemical weapons” or simply just “he’s a dictator killing is own people”, all of which turn out to be lies to cover up the fact they have zero evidence. This phenomenon has been going on for literally decades. When is the international community going to stand up to the US and demand that enough is enough?

The Zero Evidence Phenomenon in Past US Aggressions

The history of USA aggression against other sovereign nations is egregious and long. Ever since the end of World War II, the US has taken it upon itself to be the world policeman – except it’s really the bandit posing as the sheriff, the tyrant posing as the protector and the violent terrorist posing as the righteous commander. Former US government official William Blum (who worked in the Department of State) and Dr. Zoltan Grossman have compiled lists of the 70+ nations which the US has messed with and attacked, by way of at least one of the following: foreign meddling & intervention, subversion, regime change, assassination, military strike or invasion. Here is a partial list of attacked nations up until 1999:

These lists are incomplete. There are more nations that have suffered US aggression which are not on these lists. Every single nation in the world has to either kowtow to the US, befriend it and fight alongside it in its stupid, ugly and violent wars, and submit to allowing US military bases on its sovereign soil – or else be aligned against it, be branded a “rogue state” by the MSM and live in constant fear that the US and its cronies will one day invade (a realistic and even probable outcome). There doesn’t seem to be much middle ground.

How exactly is this not world conquest? How exactly is the US not a sprawling empire which does whatever it wants, puts its military bases wherever it wants and invades whomever it wants? It’s an Empire, not a Republic. The republic has been dead for a long time now. The US is run by the New World Order – and they want it all. All.

Some appalling and atrocious examples of this “we do whatever we want” US foreign policy include the Vietnam War, which was started by the zero evidence Gulf of Tonkin incident (a false flag op of course), where there was literally zero evidence because there were literally zero Vietnamese ships involved. The US ships shot at empty space on the ocean and claimed they were being attacked! Then, in the false flag event of the millennium (9/11) there was zero evidence that Bin Laden ever did it, as the FBI tacitly admitted by not charging him with any crime. In the aftermath of 9/11, we were blessed with the wonderful and fake War on Terror (dreamt up by Zionist and neocon think tanks, including mass murderer and Israeli misleader Benjamin Netanyahu).

With the masses bamboozled by the never-ending and impossible-to-win War on Terror, US misleader Colin Powell stepped up to the UN with zero evidence (in the form of a vial of powder) in support of invading a sovereign nation (Iraq). This time around the lie was weapons of mass destruction. Later on in 2011, US misleader Obama stepped up to claim that a “dictator” (a legitimate leader named Gaddafi) was “killing his own people” (despite the fact that Libyans had a higher standard of living than all its surrounding neighbor nations in Africa).

Thanks to the US and NATO invasion, Libya has become a hotbed of mayhem, terrorism, civil war and even now a center of slave trading. The truth is that it was only invaded because its leader stood up to US hegemony and tried to go against the petrodollar, but you wouldn’t know it if you listened to the MSM and the NGOs of George Soros (like Avaaz) who screamed for humanitarian intervention (aggressive invasion with no lawful basis under the pretext of saving innocent lives). Then in 2013, US misleader Obama again stepped up to claim that another “dictator” (an elected leader named Assad) was killing his own people with “chemical weapons” (despite the fact that UN investigators found zero evidence to back up this claim and instead found evidence that it was the US-backed rebels using them).

“Proof At a Distance” 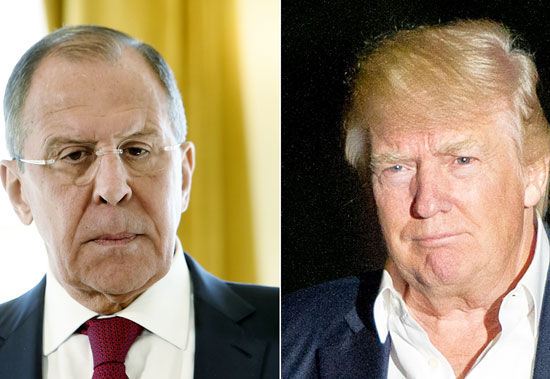 Fast forward to 2017, and we have a different puppet in the White House, but the zero evidence phenomenon and US military psychopathy remain the same. Russian Foreign Minister Sergey Lavrov, who, like Vladimir Putin, has shown himself to be very level headed, in face of extreme and repeated US-UK-Israeli-NATO provocation, talked about the zero evidence phenomenon at a press conference where he was discussing the Syria matter with his US counterpart Rex Tillerson, US Secretary of State. Lavrov said:

“… accusations that are being made in respect to the Syrian government, come exclusively from those who have ‘proof at a distance’ … Another example, another dictator: Saddam Hussein, who was hanged after an invasion. We all know how it ended. I think Tony Blair said publicly that the whole thing was a fake. All the reasons behind the invasions of Iraq… So experiments of these sorts, based on an obsession with some kind of dictator, regime change of a totalitarian or authoritarian leader – we have already seen. We know all too well how it ends. Positive examples, when a dictator was removed and then everything went great – I don’t recall. If they exist, I would be grateful if you would let me know.”

One has to wonder how much longer the blatant warmongering and aggression can go on before enough people wake up to it. How much longer will the US military (tool of the international banksters and the New World Order) be able to literally get away with murder by offering zero evidence and flimsy pretexts? Will enough nations in the international community, as well as enough Americans themselves, stand up to the bullying American political and military leadership and force these tyrants to look in the mirror, so they can see themselves for the lying psychopaths that they are?