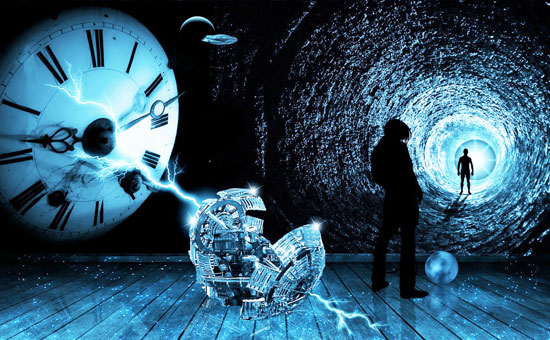 The dream of time travel is something we can all relate to. I can’t imagine the person who claims that they have never thought about it, or they have never had a day dream about travelling to another time and place, or back to a particular moment in your past to replace a zig with a zag.

It’s only natural for us to do this. Time is very special and influential to our consciousness. It occupies much of what we think about. Reviewing the past in our thoughts and projecting a future of our wants and desires is the default setting for our brain. Of course, there are many other immediate concerns in life, and indeed, we are concerned about them. But when we permit our minds to be free of current required problem solving for the moment, we drift either into the past or to the future for our default state of mind.

If only we could control this time travel physically and it were not only in our imagination but actually the reality in this realm. What a dream life this would make, to have an eternity of bliss and fulfilment of all the good things we can ever imagine. Can we find a way to have this life here on Earth? Probably not, even so, one would have to put aside the notion of right or wrong, cause and effect, or any negative outcome from having such a supernatural power, and try to determine what it would actually take to control this part of our reality hidden from our very sight and presence by remaining in the conscious mind.

When we think about the moments of time that have been recorded up to the present, one must wonder where they are. If nothing is destroyed or created in our universe, then where is the past? Where is the future we are about to embark on? If we can remove ourselves and evaluate, we can see that the past is destroyed and the future must indeed be created. This would fly in the face of the laws of physics governing the material world, namely the first law of thermodynamics which states energy cannot be created or destroyed. But without issue it does just that, for it is all by design.

But the fourth dimension is not under our control. It is not the solid we can perceive and measure like the three dimensional material. This means our perspective is fifth dimensional because we can see a perspective of time only in our consciousness with memory and anticipation, or we can measure its effects on material but we cannot enter or exit time physically from this perspective. We can only record time, and anticipate it. We cannot physically travel it because we are inside of a plane contained by it. We are trapped here, we are aware of time but contained by it. The only way to travel time is to leave time, and enter the dimension containing it before returning to a different moment in time.

So how does our fifth dimension perspective go to the sixth dimension? Well, there’s the rub. You don’t go there; you understand that you are already there in part, but just not in whole. You are not wholly there because you have not finished here. The sixth dimension is for when things are finished or better put; where they end up. It is the collection of planes containing time as they are recorded and transmitted out of this realm and into the next. Our consciousness is a beacon of information transmitting our experience into the sixth dimension containment.

Another way to see it would be to think of it as a lightning storm. Think of the atmosphere above the storm as the fifth dimension and the area of the storm as the fourth dimension. Think of the ground as the three dimensional material. When the lightning flashes inside the storm, this is your energy, your life, your recording of that plane of time. That recording travels simultaneously through the upper fifth dimension and etches it into the sixth dimension container where it is stored. This is why we do not go anywhere when we die, because we are already there. We are inside the container of life making a live recording, and there is no out, but only a continuation of our perspective recording with further three dimensional hosting. There may or may not be some type of end to this, although to me, there are implications that some form of graduation from this realm may take place with the conscious. 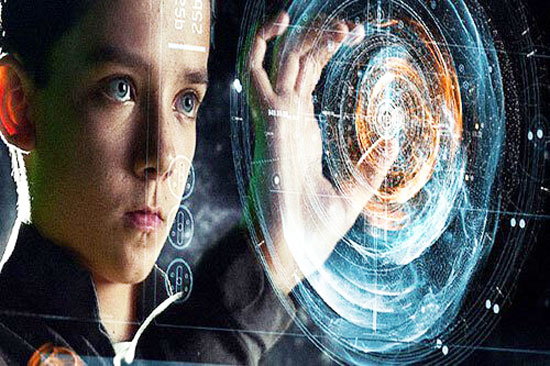 You, your thoughts, your experience from that plane of time, is the electricity being transferred through the lightning bolt. It is being transferred to the sixth dimension and held there because nothing can be destroyed from our physical realm. The sixth dimension contains everything that ever happened in this realm as required by its role in the universe due to the position it occupies inside the model. It also contains the potential for all that will happen in this realm. So even though the laws of physics seem violated in our world, when considering the metaphysical world surrounding us contained by the universe, the laws are obeyed.

I use the lightning as an analogy to human consciousness in the fourth dimension, because in nature they are both forms of electromagnetism. Humans are conductors and very much like the lightning because we live in a world of polarity created by a singularity being destroyed with one plane opening at a time. The plane divides the third dimension allowing for life to have perspective and the creation of time. The only way to define a plane is with polarity creating a border. And since the singularity does not expand because there is nothing to expand into, the seam has constant resistance force producing polarity.

So in order to time travel, you would have to do it consciously, because it is not physically possible. If you think this can be solved mathematically, then you do not understand the properties of time. This does not mean time travel cannot be felt physically; it’s just that the feeling would be with a different three dimensional host already in that moment of time.

Time travel is possible for our consciousness but not the physical body. This should hardly be seen as a deflation of potential for our current existence. For when we travel consciously and take a different three dimensional host, we lose nothing in the way of experience. We should welcome the prospect of time travel being consciously survivable, for we know these physical bodies come and go already so it should come as no surprise that they are subject to this constraint.

It would be difficult for me personally to accept that day dreaming about time travel is a poor source of growth and exercise for the mind, but in the end, we are always doing what we are here to do. The sixth dimension does not require that we achieve but that we learn. Achieve is of no consequence to the sixth dimension just as long as you learn.