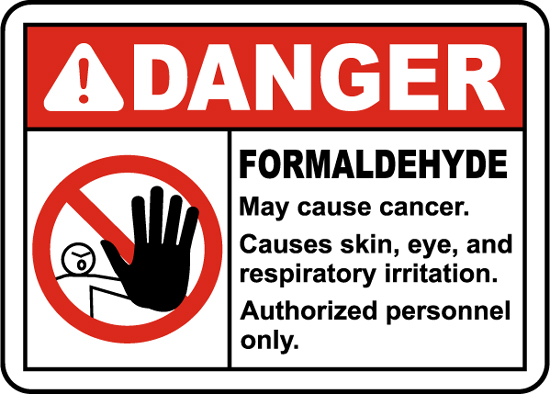 As you may know, formaldehyde, a highly carcinogenic fluid, is used to embalm the dead and preserve the cadaver for viewing purposes, such as at open casket ceremonies or for anatomy, dissection and surgery classes.
Ranked one of the most hazardous compounds to human health, formaldehyde can cause liver damage, gastrointestinal issues, reproductive deformation, respiratory distress and cancer.

When a person dies, the first stage of decomposition is autolysis or self-digestion, because the active process of digestion of nutrients by live cells has ceased. Digestive enzymes therefore enter the cells and start breaking them down. Methods of preserving cadavers have changed over the past two centuries, but formaldehyde is the main embalming chemical used today.

It’s a colorless solution that maintains that life-like texture of the body for an extended period of time, and this “fixation” of the cadaver terminates all ongoing biochemical reactions. Many people recall their first experience with formaldehyde in high school biology class, where specimens float in glass jars in an awfully stinky liquid called formalin, which is simply formaldehyde gas mixed with water.
The smell alone is enough to send two out of every three people running out of the room. And now onward to the health discussion.

Little do most people know today that formaldehyde shows up where they least expect it, like in their food, clothing, cosmetics, vaccines and flu shots. Maybe they don’t know because they can’t smell it.
Many of today’s cosmetics and home-building materials contain and release formaldehyde, as do chemically-treated forms of cotton, silk and wool. Ever tried on new clothes and itched like crazy right away?

Even lotions and deodorants can contain preservative molecules that react to become formaldehyde, a.k.a. “releasers” – that way the manufacturer can trick the consumer because they don’t have to list formaldehyde as an ingredient or chemical used to make the product or treat it.

What do you think happens when your clothing contains formaldehyde and you work out and sweat while wearing those “cotton” T-shirts, underwear and sweat pants? What about the sheets you sleep on? Is it time to demand organic clothing, linens and diapers?
Cotton is a crop, don’t forget, which happens to involve 25 percent of the world’s pesticide use, including insecticide and fungicide. Did you know it takes about one-third of a pound of pesticide to grow enough cotton for one T-shirt? What do you get when you mix pesticide with formaldehyde and consume it? Ask a smoker. 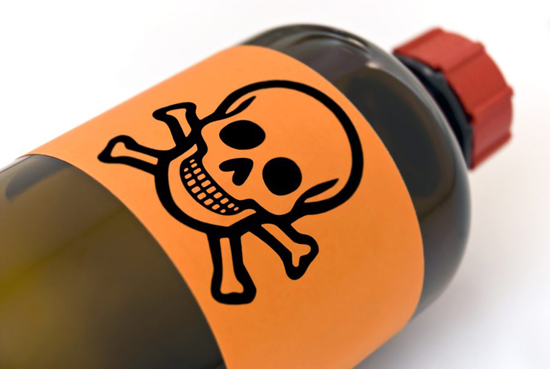 Aspartame turns into formaldehyde in the human body, as explained by Natural News: “Since 1987, formaldehyde has been listed by the US Environmental Protection Agency (EPA) as a probable human carcinogen. Used as an embalming agent, formaldehyde has been indicated in birth defects, and in environmental allergies.
It has been shown to cause both lymphoma and leukemia in lab rats and in humans. It is known that aspartame turns into formaldehyde in the body, but it has been thought that this formaldehyde was then being eliminated quickly. However, a study in 1998 demonstrated that dietary aspartame binds to tissues in protein. It was found in liver, kidney, and blood.
The report suggested that the buildup of aspartame was cumulative; that is, it continues to build up without being excreted, causing more damage over time. This report concluded that ‘aspartame consumption may constitute a hazard because of its contribution to the formation of formaldehyde adducts’.”

After 20 years of poisoning its consumers with Aspartame, PepsiCo says it’s removing aspartame from Diet Pepsi, but inserting Sucralose instead. Sucralose is created in a laboratory and is synthetic. How much of this carcinogen will they need to use keep their Diet Pepsi fans?

That’s like if some evil scientist said he took the mercury out of vaccines but was going to use snake venom instead. Trading one evil for another. Still, toxic Aspartame will remain in thousands of products manufactured and sold around the world in food, sodas, protein shakes and gum and candy for the children.

Then there’s formaldehyde in vaccines, which is highly dangerous because vaccines bypass breathing and digestive filters. Formaldehyde is listed by CDC as an ingredient in Diphtheria/Tetanus/Polio vaccine.
It’s also listed on the Hepatitis B and flu shots, along with deadly aluminum hydroxide, aluminum phosphate and bovine cow serum. The scariest part is that formaldehyde has been known to fail to deactivate the virus the vaccine is intended to cure, thus enabling a live virus to enter your blood and infect your system.

Take the “die” out of your diet. Never eat, drink, smoke (anything at all), inject or put deadly chemicals like formaldehyde on your skin again. You do have a choice and knowledge is power.