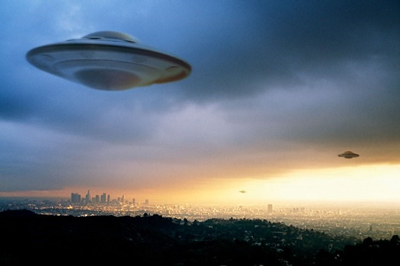 You might think that the only people who believe in aliens are forum-dwelling internet conspiracy theorists.
But it turns out a lot of NASA astronauts also think extra-terrestrials are real and that they have been in touch with humanity for a long time.

At least four celebrated spacemen have become famous for their outspoken beliefs about the existence of extra-terrestrials.
Some have seen UFOs soaring through the sky, while others claim to have been tipped off about alien contact by military top brass.

Here are four NASA astronauts who believe aliens are real. 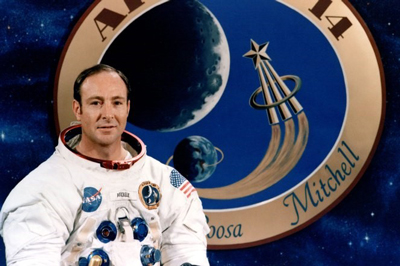 Edgar Mitchell was a part of the Apollo 14 crew in 1971. He became the sixth person to walk on the moon.

He spent the rest of his life convinced that “aliens have been observing us and have been here for some time.”
Mitchell once claimed that peace-loving aliens had visited Earth on a mission to save humanity from nuclear war and suggested the Vatican knows the truth about the existence of extra-terrestrials.

Mitchell also alleged that UFOs had been seen above nuke bases and often disabled the missiles held within Cold War-era weapons silos.
The spaceman firmly believed the American government covered up the famous Roswell incident in 1947, when a flying disc allegedly crashed near a small town in New Mexico. “The reason for the denial is they didn’t know if they [the aliens] were hostile and they didn’t want the Soviets to know so they devised to lie about it and cover it up,” he reportedly said. 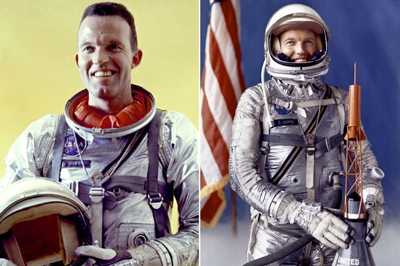 Gordon Cooper was one of the seven astronauts who took part in Project Mercury, the first American manned mission which ran from 1958 until 1963.
The craft he piloted was dubbed “spam in a can” because it was automatically controlled, rather than piloted by the astronauts on board.

But even before he underwent the life changing experience of becoming the first man to sleep in space, he claimed to have seen UFOs flying over Germany in 1951.
The spaceman also said he saw flying saucers spying on a secret airbase where experimental American aircraft were being tested.

“I believe that these extra-terrestrial vehicles and their crews are visiting this planet from other planets, which are a little more technically advanced than we are on Earth,” he told the UN in 1984.
“We may first have to show them that we have learned how to resolve our problems by peaceful means rather than warfare, before we are accepted as fully qualified universal team members.
Their acceptance will have tremendous possibilities of advancing our world in all areas.” 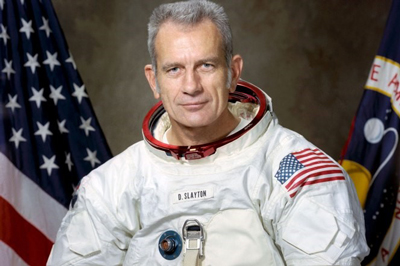 Deke Slayton was also part of Project Mercury, before enjoying an illustrious career which saw him serve as NASA’s Director of Flight Crew Operations.
But he also reportedly saw a UFO in 1951.

“It looked like a saucer sitting at a 45-degree angle,” he said, according to the Daily Star.
“I didn’t have any cameras otherwise I would have shot some pictures.
At that time – for whatever reason – it just took off climbing and just accelerated and disappeared.” 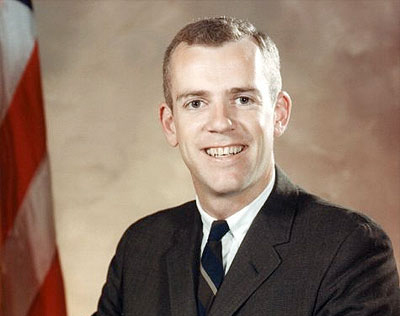 NASA selected Brian O’Leary as a scientist-astronaut in 1967, for a potential manned mission to Mars. He never made it into space.

Later in his life, O’Leary had a near-death experience which changed his perspective on life and reality.

Dr. O’Leary, who became respected physics professor at Princeton University after leaving NASA, said: “There is abundant evidence that we are being contacted.
Civilizations have been monitoring us for a very long time and that their appearance is bizarre from any type of traditional materialistic western point of view.”