This Is What Happens To Your Body 10 Hours After Applying The Nail Polish! 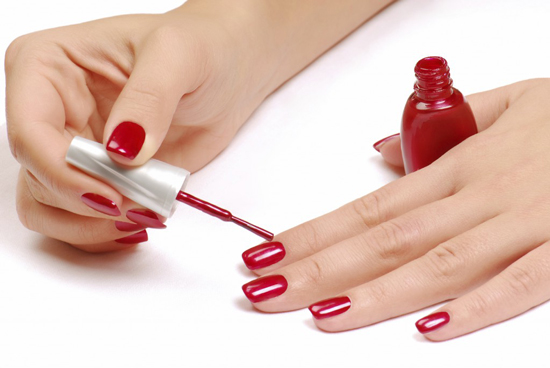 The vast majority of women paint their nails. But do you know that the nail polish contains chemical components that are toxic and can cause damage to the body, not only superficially, but internally? So if you want to know how nail polish can affect your body, continue reading this information.

A recent study has found that many of the most popular nail polish brands are far more harmful than they appear.
The researchers tested 24 women who painted their nails to detect signs of chemical toxins in their body. They found toxins in each of them. The cause? The nail polish.
The results showed that 100% of the participants showed signs of triphenyl phosphate only ten hours after the application of the nail polish.

What is triphenyl phosphate?

One of the major concerns about triphenyl phosphate is that it disrupts the endocrine system of humans. It can affect hormone regulation, metabolism, reproduction and development.

This is especially harmful for girls who use nail polish regularly, since healthy hormonal development is an essential part of their growth. However, triphenyl phosphate poses a serious risk to the health of anyone who exposed to it.
It is also known to be:
– Neurotoxin;
– Endocrine toxin;
– Reproductive Toxin;
– Irritant to skin;
– Allergen.

Formaldehyde
Formaldehyde is a well-known carcinogen that can dissolve in water and air. Exposure to this chemical can also produce symptoms such as clinging, asthma, and shortness of breath. Those with chronic diseases are especially susceptible to formaldehyde poisoning.

This chemical is known to prevent development in children, however, some scientists found traces of it in breast milk. In addition, it can be irritating to the skin after exposure.

It is true that the nails painted look very nice, but is it really worth taking such risks?
Fortunately, there are some companies that have decided to create natural alternatives that eliminate the risks of suffering from allergies, cancer, and hormonal disorders.

It has a line of natural nail polish in a wide variety of colors. They are made of water and contain absolutely no trace of dangerous chemicals or carcinogens.

It has a selection of more than 50 colors of nail varnish. All water-based and without formaldehyde, toluene, dibutyl phthalate or mercury.

3. SpaRitual
It is a brand of nail polish free of toxins and is also vegan.

4. Peacekeeper Cause-Metics
It also has some enamels based on argan oil and free of toxins. This will also moisturize your nails.

TRATAKAM and the Amazing Benefits of Candle Gazing