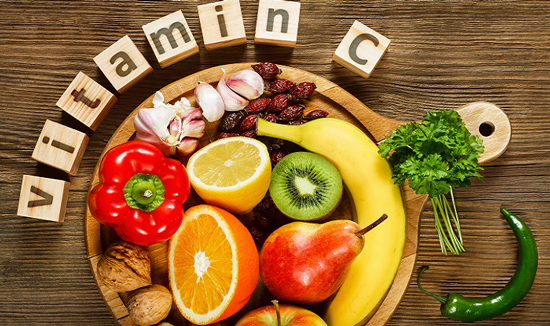 Vitamin C, also known as L-ascorbic acid, is one of the most abundant antioxidants. It’s necessary for cellular health and is easy to include in the diet/lifestyle. The recommended dietary allowance for vitamin C is 90 mg/day for men and 75 mg/day for women. Vitamin C is a water soluble vitamin that quickly passes through the body; therefore, intake should be frequent. A clean vitamin C supplement keeps levels up, assisting the immune system. Vitamin C is highest in super foods such as camu camu, acerola, and amalaki berry, and is also prevalent in mangoes, kiwi, strawberries, pineapples, peppers or citrus fruits.

As an antioxidant, Vitamin C’s role in the human body is vast and often overlooked. Since a diet high in fruits and vegetables is associated with a healthy heart and strong cardiovascular system, a team of researchers from Spain and the U.S. wanted to investigate a vital nutrient that is often overlooked for its role in improving cardiovascular health. The team of researchers took a closer look how vitamin C could reduce cardiovascular mortality. Since cardiovascular disease is related to oxidative stress, vitamin C could be of great benefit for the mere fact it is an antioxidant and plays a role in protecting the cellular energy process.

The researchers initially found a promising inverse association with cardiovascular risk factors and dietary vitamin C intake, indicated by ascorbic acid plasma levels. While vitamin C seemed to be of tremendous benefit to the heart, previous studies have had a hard time adjusting for confounders such as fiber intake, which typically coincides with vitamin C intake. In their research, supplementation of vitamin C beyond recommended levels didn’t seem to exhibit any greater preventative effect on cardiovascular mortality rates. High does supplementation with vitamin C (500 to 2000 mg/day) gave conflicting results. In two analyses, supplementation was associated with reduced blood pressure and improved endothelial function. However, in observational and interventional studies, supplementation of vitamin C actually coincided with slightly higher cardiovascular mortality.

A recent analysis of vitamin C accounted for fiber intake using Cox proportional hazard models and validated the diets of all the participants using a semi-quantitative food frequency questionnaire. The researchers questioned 13,421 participants in the Seguimiento Universidad de Navarra cohort every two years for a mean time of 11 years. Cardiovascular events were confirmed by physicians and broken down into two categories. Incident CVD included incident-fatal or non-fatal myocardial infarction, all strokes, or death due to any cardiovascular event. Alternately, death due to cardiovascular causes was differentiated as CVM. On the final results, the researchers revealed: “When vitamin C was adjusted for total fiber intake using the residuals method, we found a significant inverse association with CVM (HR (95% confidence interval (CI)) for the third tertile compared to the first tertile, 0.30 (0.12–0.72), but not with CVD in the fully adjusted model.”

This Is What Happens To Your Body 10 Hours After Applying The Nail Polish!