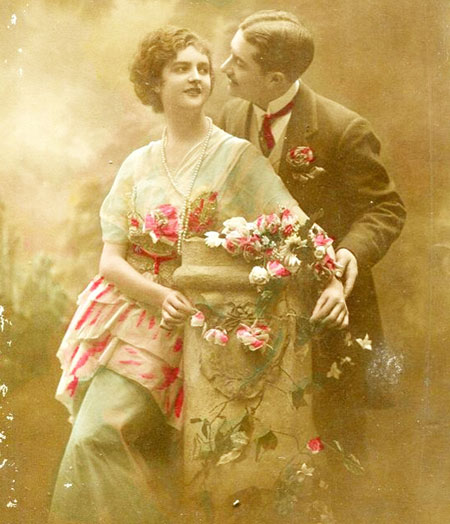 The human brain is an exquisitely sensitive instrument. It registers the slightest nuance of any experience you have ever had. This is no more evident than in love.

Imagine someone whispering, “I love you.” In romantic terms these are desirable words – probably the most desirable any of us will ever hear. The brain responds to “I love you” with an orchestration of positive reactions. People who are in love feel less stressed; their blood pressure goes down. When a couple who enjoys a long-term loving marriage hold hands, even their response to physical pain is strengthened.

These points and others in the same vein were detailed in a New York Times opinion piece called “The Brain on Love” by writer-poet Diane Ackerman. It is an empathic article, one that celebrates human bonding from the first moment a newborn baby imprints on its mother.

Bonding takes place via complex brain mechanisms that follow us throughout our lives. The sense of oneness that characterizes a strong mother-child relationship morphs over time. It persists among happily married adults and gives such pleasure, as well as a sense of security, that our brains seek “at-one-ness” the way an addict seeks cocaine.

Ackerman is quick to point out that love isn’t exactly the same as cocaine use, but her argument involves the same receptors for morphine-like chemicals in the brain as well as an impressive description of hormonal responses and other neurological particulars.

Yet the basic premise of the article is problematic. She doesn’t crudely claim that your brain is in love and therefore you are, too. (Probably that’s why the article is titled “The Brain on Loveˮ rather than “The Brain in Love”). But at bottom it’s still the standard materialist argument, bolstered by tons of data from neuroimaging, which fails to separate brain from mind.

When a person experiences love, the brain registers and expresses that experience through electrical and chemical reactions, the way a radio playing music registers and plays every note that Mozart wrote. But the brain isn’t in love any more than the radio is enjoying music.

Humans have reached such a subtle state of brain research that the materialist fallacy gets trampled by thousands of brain scans “proving” that the brain registers love in so many ways. But the notion that the brain’s pleasure centers are the source of loving feelings isn’t necessarily true. These centers are used to register and experience love. This is different from saying they generate love on their own.

Ackerman is careful to point out that the brain’s pain centers are also vulnerable when we fall in love. The pain of being rejected triggers the same brain response as actual physical pain. Here is precisely where the argument for the brain in love – or on love – begins to fall apart.

If you stimulate a mouse’s brain with a pleasurable experience, such as giving it food, the mouse will return again and again to get more stimuli. This is a predictable, mechanical reaction. The same isn’t remotely true for humans. Put a tempting bowl of pasta in front of a person, and it is entirely unpredictable what the response will be. The person may say such things as “I don’t like pasta,” “I’m on a diet,” “I don’t like how this dish is made,” or give no reason at all for pushing the plate away.

We make choices that have nothing to do with how the brain is programmed. We make decisions that are new, creative, surprising, and utterly unconditioned. Unfortunately for materialism, machines follow preset instructions; the brain doesn’t. Its reactions are part of a feedback loop that is ultimately controlled by the mind.

Go back to the words “I love you.” Despite all the mother-child bonding in the world, and contrary to how the brain is “wired” – a favorite materialist term – these words, like a bowl of pasta, will lead to totally unpredictable responses. We test whether they are sincere, for example. Maybe “I love you” is a seducer’s ploy or a meaningless ritual. Maybe we’re not in the mood for love or want to think the matter over before responding.

Machines don’t take time out to consider, reflect, doubt, introspect, and so on. People do. The reason that it’s crucial to know that the mind isn’t the brain goes back to freedom of choice and our deep humanity.

Attempts to turn us into brain puppets sacrifice far too much; indeed, they sacrifice what makes us human in the first place.

The great Bengali poet Rabindranath Tagore has a famous quote: “Love is the only reality and it is not a mere sentiment. It is the ultimate truth that lies at the heart of creation.” 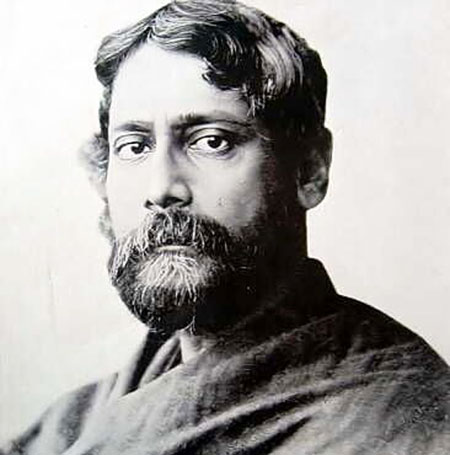 In an age of functional MRIs, the phrase “mere sentiment” needs changing to “mere mechanism.” It would be a shame if the whole issue of love became the province of brain researchers telling the rest of us all the things we didn’t know about ourselves.

The more that materialism takes over, even benignly as Ackerman states it, the more we lose sight of very important things:
• Brain research doesn’t really explain experience.
• Facts and data are simplifications of experience.
• Only self-knowledge knows about matters of the self.
• Brain responses are merely physical correlates, the way that piano keys correlate to what a musician is doing. Pianos don’t perform music, and the brain doesn’t have experiences.
• A perfect map of brain activity down to the level of single neurons says nothing about how the mind works.
• None of the above is contradicted just because the brain can influence our behavior. Stuck piano keys can ruin a musical performance; that means nothing about the nature of music.

These arguments do not imply that the entire field of neuroscience is riddled with errors, and naturally any reader would feel highly skeptical about such a claim. If the brain isn’t the mind, let philosophers argue the point. The rest of us will be achieving better lives through brain research. Really? In the case of physical disorders like epilepsy and brain tumors this may be so (but note the current exposure of antidepressants as being little better than placebos, which contradicts decades of claims by brain researchers and Big Pharma, claims that turn out to be half-truths at best).

The blanket assumption that you are your brain has done very little good in areas like relationships, which is what love comes down to for Ackerman. When she says that couples who run into problems may want to get therapy in order to rewire their brains’ bonding mechanisms, the statement is bizarrely Orwellian and out of touch with how things work in the real world.

It is undeniable that we are all caught in the gap between using the brain and having it use us. When the brain is imprinted through mechanical means (genes, habit, repeated experiences, trauma, strong memories, and conditioning), those imprints do become a kind of “wiring” that affects our behavior. But these mechanical influences don’t define our behavior; still less do they define us. Materialists put the cart before the horse.

Looking at the feedback loops in the brain, they mistake complicated circuitry for decisions that are being made in the mind. Your brain may light up when you eat chocolate, but that doesn’t mean the brain wants to light up again, so it orders you to grab a Hershey bar.

Your brain may generate the desire for chocolate based on the memory of pleasure it gave you in the past. But, you still make the choice to grab a candy bar, not your brain. A well-imprinted infant with a loving mother may indeed go through life trying to repeat such primal pleasure (Freud said the same thing by understanding human nature; he didn’t need an MRI). But in the multidimensional world of the mind, love is mixed in with a lifetime’s worth of experiences.

Let’s say you are well loved but it’s 1942, you are French, and the wartime resistance has asked you to go underground to fight the Nazis. Your decision will be based on all kinds of factors: conscience, patriotism, risk, danger, politics, history, and more.
The fact that you were imprinted by a loving mother enters the equation, but so what? Many a resistance fighter left behind a loving wife and children.

Nothing could be further from a mouse seeking to increase its stimulated pleasure centers, or even balancing pleasure centers with pain centers. To reduce the choices we make in life to brain functions disregards the complexity of human existence, which is mental in nature.

Lying behind the benignness of “helpful” brain findings is an implicit degrading of the human spirit. Materialism is insulting to our spirit, and when new findings about the brain emerge, as they do every day, to explain why you do what you do, feel what you feel, and want what you want, please take it all with a huge grain of salt.

For a lover of music, it’s not necessary to know the inner workings of a grand piano; far better to study Mozart and the meaning of beauty. The bottom line is that our brains allow us to register and express feelings like love and benevolence through electrochemical activation of specific brain regions and neurochemicals. But, we are also imbued with the ability to choose how we wish to deal with those feelings.

Mindfully making choices transcends the simple stimulus-response automations of our neural networks and truly defines who we are.

There is no doubt that brain research is one of the most exciting frontiers in medicine, and our knowledge doubles every few years. The problem isn’t about the data but about overstepping and making too many claims about what the data are telling us about ourselves.

Vegas Terror and Disclosure – Is Something Very Big About to Happen? (1)