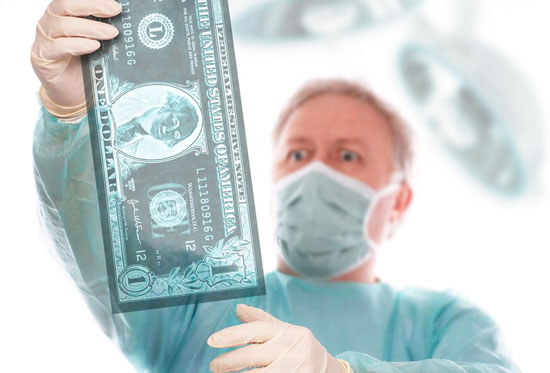 Health propaganda is pervasive. There are many misconceptions, omissions, distortions and lies surrounding the issue of health and medicine. Many are propagated by those who own Big Pharma (i.e. the Rockefellers and their ilk) who set the platform for Allopathy or Western Medicine to assume a monopoly and dominate healthcare (or more accurately “health management”) at the start of the XX century.

We continue below to present a collection of the top 10 pieces of modern-day propaganda in the area of health:

False. There are many ways to fast, from doing intermittent fasting (an eating pattern where there is a cycle between periods of fasting and eating throughout the day) to doing 3-day, 7-day, 10-day or even longer fasts.

Some people do the Master Cleanse (consuming only a lemon juice-maple syrup-cayenne pepper drink), other people do a vegetable juice fast and still others do a water-only fast. Fasting is not for everyone, especially children or pregnant women.

It is best to get guidance from others who have done it and to start slowly, but evidence shows that by giving the body a break from digestion, it can achieved many health benefits. Allowing the body to repair and regenerate, in a way it cannot be done, if it is digesting food all the time.

7. Most supplements are great for people’s health

False. Many of them are made of synthetic vitamins, stuffed with fillers and even contain GMO ingredients. It is preferable to get all nutritional needs straight from food, however if someon’s going to take supplements, should use ones which are derived from wildcrafted or organic herbs, plants and other sources.

Calcium supplements are especially dangerous since they are composed of ground up fossils and can lead to calcification. Lots of people suffer calcification in many areas of the body, e.g. the eye (cataracts), mouth (plaque), bones (arthritis), heart (heart attack) or brain (stroke). Calcium deposits obstruct the internal flow of energy, cause inflammation, shut down the pineal gland and can lead to cancer.

For more information on the stark differences between synthetic and natural vitamins, see the research of people like Dr. Theil.

8. Homeopathy is quackery and doesn’t work

False. More arrogance that comes from ignorance. Homeopathy is based on an entirely different (and deeper) understanding of reality that the purely rationalistic, materialistic Western Medicine which cannot bring itself to accept that human beings live in a holographic world where thought forms and energy are powerful forces that shape our lower physical reality.

Here’s how homeopathy works in a nutshell. There are two fundamental approaches to diseases. On the one hand there is the Law of Contraries, where if someone has pain, it is provided with a substance that counteracts (acts opposite to) that pain.

On the other hand there is the Law of Similars, where it is used a substance which would produce symptoms in a healthy person but actually cures those same symptoms in a sick person!

Homeopathy recognizes the body is the ultimate healer. It is designed to stimulate the body’s healing mechanisms, rather than suppress symptoms or provide temporary pain relief like Allopathy.

In 1890 in the US (before the Flexner Report), around 25% of doctors were homeopathic, including John D. Rockefeller’s personal doctor and the doctors of the British Royal Family.

As David Icke writes in the Phantom Self:
“Homeopathy is a healing technique ridiculed by Mainstream Everything for the same reason: Ignorance. Homeopathy is based on the fact that everything is information whether it’s a plant or a drop of water.

The Aerospace Institute in Stuttgart, Germany, is [a] center for information in water research. They put a flower in a tank of water in one experiment and when it was removed they photographed the droplets. What they discovered confirmed two major truths about reality.

One was once again the holographic principle with information of the whole flower found in every droplet. The second was that even when the ‘physical’ flower was removed the information from the flower was retained in the water. I have but one thing to say: Homeopathy.” 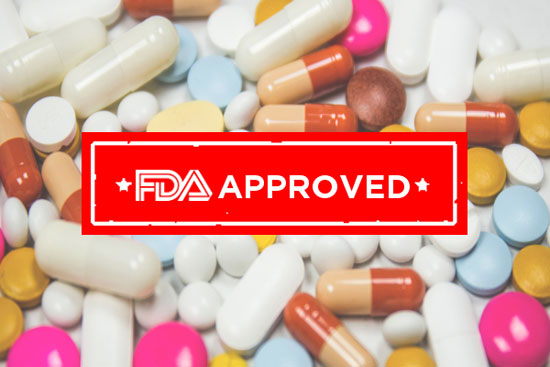 Not even close to being true. The FDA has long been bought off by Big Pharma and functions as its lapdog, not its guard dog. According to a Natural News article, a staggering 33% or one third of FDA approved drugs turn out later to have serious side effects and health problems that are so serious that they are pulled off the market? How could anyone trust the FDA’s approval process with failure rates like that?

No way! Vaccines are among the chief weapons of modern day health propaganda, and there are movements all over the world to make them mandatory, which is nothing less than medical tyranny or medical fascism.

Year after year, the victims of vaccine damage pile up, whether it be people suffering from fever, infertility, paralysis, brain damage and death. In the US, Big Pharma achieved the deft legal and political maneuver of having a law passed that exempts them from being sued for vaccine damage in normal courts.

Meanwhile, the system that has been set up (Vaccine Injury Compensation Program [VICP]) is a quasi-court that favors the vaccine manufacturers. To quote from another Natural News article:
“The government has paid out over $3 billion in awards and legal fees for families and persons that have been affected by vaccine damage between the years of 1989 and 2015. In total, 3,937 cases have resulted in the awarding of financial compensation via the Vaccine Injury Compensation Program (VICP). And those are just the ones who managed to convince the court that a vaccine damaged their child or themselves. Nearly 10,000 people have had their cases dismissed by the court.ˮ

Robert Moxley, a former vaccine attorney, wrote “From the passing of the legislation in 1986, the process has been rigged, one major step at a time, in favor of the vaccine-industrial complex.”

The VICP protects the vaccine industry, rather than the humans harmed by their inoculations. “The injuries continue, and awards continue to be made, practically in secret,” he stated. “The cases of vaccine injury continued to pile up, the government, rather than hold manufacturers accountable, chose to revise their standards for claims regarding vaccine injuries, making it all the more difficult for claims to pass through the system.”

In the case of modern day health propaganda, what people don’t know can’t kill them. It is vitally important for human beings to educate themselves about health, nutrition, natural cures, remedies, medicines and protocols, the strengths and weaknesses of different medical systems and the nature of Big Pharma.

More important is people mindset, because it’s great to cut through the health propaganda, but best of all is to take full responsibility for their state of health.

7 Secrets about the World – Revealed through Syrian War