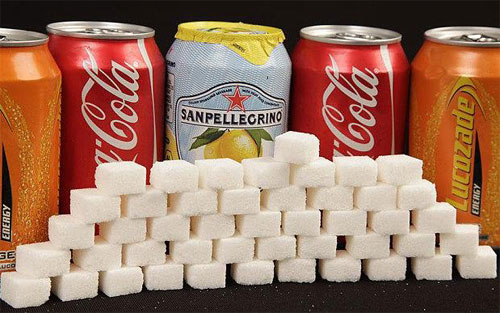 The findings of two recent studies add to the growing body of evidence that links soda to serious health problems. Excess sugar – especially the fructose in sugary drinks – might damage your brain, the research suggests.

If you think drinking diet soda puts you in the clear, think again: one of the studies found that people who drank diet soda daily were almost three times as likely to develop stroke and dementia when compared to those who did not.

The first study, published in Alzheimer’s & Dementia on March 5, 2017, found that higher consumption of sugary beverages was associated with markers for pre-clinical Alzheimer’s disease.

Researchers looked at 4,000 people who consumed more than two sugary drinks a day of any type – soda, fruit juice, and other soft drinks – or more than three per week of soda alone. Among that “high intake” group, they found multiple signs of accelerated brain aging, including smaller overall brain volume, poorer episodic memory, and a shrunken hippocampus, all risk factors for early-stage Alzheimer’s disease. They also found that higher intake of diet soda – at least one per day – was associated with smaller brain volume.

This study’s results align with earlier research done with smaller samples, including one with 737 middle-aged participants in the Boston Puerto Rican Health Study, which found that higher sugar intake was cross-sectionally associated with Alzheimer’s-like behavioural patterns, reports Bloomberg.

The second study, published in the journal Stroke on April 20, 2017, found “…higher recent and higher cumulative intake of artificially sweetened soft drinks were associated with an increased risk of ischemic stroke, all-cause dementia, and Alzheimer’s disease dementia.” This was after researchers adjusted for age, sex, education (for analysis of dementia), caloric intake, diet quality, physical activity, and smoking. That study concluded “artificially sweetened soft drink consumption was associated with a higher risk of stroke and dementia.”

After measuring volunteers’ beverage intake at three points over seven years, the researchers monitored the volunteers for 10 years, looking for evidence of stroke in 2,888 people over age 45, and dementia in 1,484 participants over age 60. Surprisingly, they found no correlation between sugary beverage intake and stroke or dementia. However, they did find that people who drank at least one diet soda per day were almost three times as likely to develop stroke and dementia.

Both studies were conducted by researchers at the Boston University School of Medicine. Lead researcher Matthew Pase, a fellow in the neurology department and health investigator who is corresponding author on both papers, explained that excess sugar has long been associated with cardiovascular and metabolic diseases like obesity, heart disease, and type 2 diabetes, but little is known about its long-term effects on the human brain.

Pase said he chose to study sugary drinks as a way of examining overall sugar consumption.
“It’s difficult to measure overall sugar intake in the diet,” he says, “so we used sugary beverages as a proxy.”
“It was somewhat surprising that diet soda consumption led to these outcomes,” says Pase, noting that while prior studies have linked diet soda intake to stroke risk, the link with dementia was not previously known.

While the findings of these studies are important, correlation does not necessarily mean causation. The authors of the studies acknowledge that their conclusions do not prove cause and effect, and that more research is needed.

In an accompanying editorial in Stroke, Ralph Sacco, MD, of the University of Miami, Miller School of Medicine, wrote that Pase’s work “encourages further discussion and more research into this question, for even small causal effects would have tremendous effects on public health due to the popularity of both ASB (Artificially Sweetened Beverage) and SSB (Sugar Sweetened Beverage) consumption. The current body of literature is inconclusive about the causal nature of the associations between ASB consumption and risk of stroke, dementia, diabetes mellitus, and the metabolic syndrome. The growing number of epidemiological studies showing strong associations between frequent consumption of ASBs and vascular outcomes, however, suggests that it may not be reasonable to substitute or promote ASBs as healthier alternatives to SSBs. Both sugar-sweetened and artificially sweetened soft drinks may be hard on the brain.” 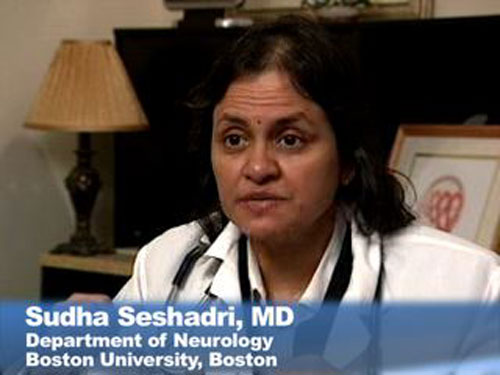 Sudha Seshadri, a professor of neurology at Boston University School of Medicine and a faculty member at university’s Alzheimer’s Disease Center, who is senior author on both papers, said of the research: “These studies are not the be-all and end-all, but its strong data and a very strong suggestion. It looks like there is not very much of an upside to having sugary drinks, and substituting the sugar with artificial sweeteners doesn’t seem to help.”
“Maybe good old-fashioned water is something we need to get used to”, she adds.

If you want to reduce or eliminate your consumption of soda or other sugary or diet drinks, here are some tricks to help you kick the habit.

– Reduce your intake slowly: Replace one soda per day with water for a week or so. Then try replacing two sodas with two glasses of water, and so on, until you have entirely cut soda (or whatever your regular sugary or diet drink is) out entirely.
– Track your consumption: Each time you consume soda or a sugary drink, write it down.
– Keep alternatives on hand: Always have water with you, everywhere you go. If you must add flavour to your water to make it more appealing, try mixing in a splash of juice, or toss in some cucumber slices or berries.
– Sip on unsweetened tea: Make hot or iced natural flavoured teas – tea companies offer flavours ranging from fruity to chocolaty to spicy.
– Replace your soda habit: Are there particular times of day when you crave a sugary beverage? When the urge hits, get up and do something to distract you. Take a walk, call a friend, fold socks, draw, juggle… do something that keeps you busy.
– Fake it until you make it: Don’t label yourself as a “soda addict” and don’t tell yourself you “can’t” have soft drinks ever again, for the rest of your life. Thinking in extremes and imposing strict rules on yourself only makes things harder and can lead to obsessive thoughts and behaviours… and ultimately, self-sabotage.

Is the Vatican working with US Military Intelligence for Extraterrestrial Disclosure?