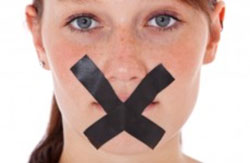 A recent push for changes to the law by UK elites has caused outrage after the proposed rules state that children as young as 12 will be old enough to consent to sex with pedophiles.
The revised new legislation is designed to block victims of child sex abuse from taking legal action against their rapist on the grounds that they “consented”. The Criminal Injuries Compensation Authority (CICA) received a huge backlash in 2017 when it emerged that almost 700 child victims of pedophilia had been refused compensation due to claims from their attackers that they had “consented”, even in the cases where the rapists had been jailed for the crimes.

The recent revisions have been blasted by child protection charities such as Victims Support and Barnardo’s, who have accused the elite of “victim blaming” in an attempt to normalize their horrific crimes. Currently, it is illegal for an adult to have sex with a child under the age of 16, but the new changes would mean a child rape victim would be blocked from filing a lawsuit against their rapist if the abuser says that the child “consented” to it.

The Guardian reports: “David Lidington, the justice secretary, told MPs last week (September 2017) that the rules would be changed so that victims of child-grooming rings would no longer be refused compensation as happened with some survivors. However, Child Abuse Compensation Claims’ revised guidance states that victims of child sexual abuse can still be disqualified from the scheme on the basis that ‘consent in fact is different from consent in law’.”

Even in cases involving children, the new regulation says that “where the sexual activity is truly of the applicant’s free will no crime of violence will have occurred”. Sammy Woodhouse, one of the most prominent survivors of the Rotherham grooming scandal (1,400 children were sexually exploited in Rotherham by an Asian pimps network, for years, until the police finally arrested them), described the revised guidance as “absolutely disgusting … I’m outraged and I definitely won’t believe in this. I’m going to continue to campaign and I’m going to ring David Lidington”. Sarah Champion, Rotherham’s MP, said it was “despicable” and called for the justice secretary to intervene. “It’s basically saying that the state doesn’t believe you, that you’re likely to be a liar on this and that is entirely the wrong message to send out” she said. “It’s making it very clear that there are civil servants making subjective judgments and this guidance is not working on the assumption that both the judge and the child is telling the truth. It’s working on the assumption that it’s unlikely that a crime of violence happened and these are all the things you need to bear in mind when you’re validating that assumption. It’s entirely the wrong way round.”

It emerged that Woodhouse, whose evidence in court helped convict one of the most notorious Rotherham grooming ringleaders, was initially refused compensation when the Criminal Injuries Compensation Authority concluded that she consented and was not manipulated. The government body told her: “I am not satisfied that your consent was falsely given as a result of being groomed by the offender. The evidence does not indicate that you were manipulated or progressively lured into a false relationship.” 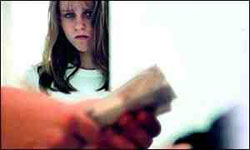 When Woodhouse appealed against the decision she was offered a small settlement, which was eventually altered and she was awarded the maximum amount. Her abuser, Arshid Hussain, was later on jailed for 35 years along with his brothers after being convicted of multiple offenses including rape, abduction and indecent assault.
The gang of three brothers, their uncle, and two women were found guilty of 55 serious offenses, some of which lay undetected for almost 20 years. The Criminal Injuries Compensation Authority began a review of its guidelines in July 2017 following criticism from charities including Barnardo’s and Victim Support.

Lidington, the justice secretary, told MPs in the Commons that the recent rules would “make sure that there is no risk that a child could be disqualified from compensation because they had given consent when that consent had, in effect, been forced from them by a subtle process of grooming”. But Champion said the draft revised guidelines, which have been shared with a small number of sexual abuse charities, undermined Lidington’s promise.

The rules state: “The legal age of consent is 16. It is a criminal offense for a person to engage in sexual activity with someone under 13 regardless of the circumstances, and to engage in sexual activity with someone aged 13 to 16 unless certain narrow defenses apply. Normally, where such a criminal offense has been committed, the child will be the victim of a crime of violence and therefore eligible for compensation under Annex B.”
“The scheme recognizes that there may be situations where a person aged under 16 has ‘in fact’ consented to sexual activity. Where the sexual activity is truly of the applicant’s free will no crime of violence will have occurred.”
It continues: “Such cases will be rare where an adult engages in sexual conduct with a child.”
“There can only be consent ‘in fact’ where you are satisfied that consent was freely and voluntarily given. Even if it appears that the minor expressed consent to the acts in question, the surrounding circumstances may indicate that the situation was abusive and the consent was not true consent.”

The guidance also states that children under 12 could also be found to have consented to sexual activity. It says: “Where the child was 12 or under when the incident happened, we will presume that the child did not consent in fact unless the evidence to the contrary is very clear.
For example, where the incident involves children aged 12 or under, who, on the evidence, both appear to have agreed to engage in sexual experimentation with each other, it is unlikely that a crime of violence will have occurred.” 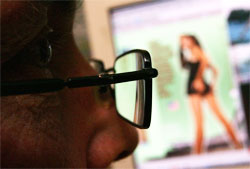 David Greenwood, the solicitor who has acted for a number of Rotherham grooming victims, backed Champion’s call for the Ministry of Justice to intervene. “I am deeply disappointed that the Criminal Injuries Compensation Authority (CICA) still think it is acceptable to refuse to compensate boys and girls who have been sexually abused on the basis that they consented,” he said.
“The very fact that the police have been involved in these cases suggest there was a lack of consent. The fact that survivors bring their cases to the CICA suggests they didn’t consent. Someone from the Ministry of Justice must step in to amend the rules on consent.”

A CICA spokesperson said: “Child sexual abuse is abhorrent. Our guidelines are designed to make sure that controlling and abusive behavior is taken into account when handling compensation applications. We want to be sure that we never get these decisions wrong. That’s why we are reviewing our staff guidance to make sure that we identify every instance where grooming could be a factor. We are actively engaging victim support groups and relevant charities to make sure the revised guidance is as robust as it possibly can be.”