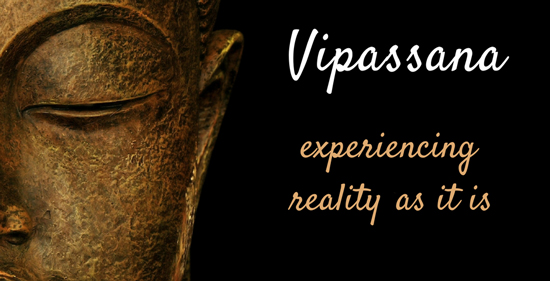 How would you handle no phone, no television, no internet, no books or magazines, no writing in a journal, no distractions, and no contact with the people who normally keep you engaged with the world outside your head for ten straight days?
How about no lovemaking? Or not killing even a mosquito?
If this sounds tough to you – you’re right. It is.

A Vipassana retreat is not the way to dip a toe into meditation and spiritual contemplation. It’s more like diving, headfirst, into a frigid lake. It’s a shock to the system. It can make you question your sanity within the first hours you arrive, but if you stick it out, you just might discover that you actually find your sanity.

Vipassana is an ancient meditative tradition from Theravada Buddhism, which, arguably, was heavily influenced by Vedic traditions in India which preceded it. Modern teachers of Vipassana argue, as did its earliest progenitors, that it is non-sectarian and for everyone to benefit from, no matter their religion.
Translated from the Pali language, Vipassana means “clear insight”. It is one of two mental practices cultivated by Theravadists, the other being Samatha.

Vipassana distinguishes itself from other types of meditation, including Samatha, as the ability to be able to see exactly what is happening as it happens, without ego, and without veils.
Samatha translates roughly to mean “concentration”. When you practice Samatha meditation you use a single word, object or MANTRA to make your mind singularly focused. This is said to bring the mind to a state of calm and focused rest. Many of the forms of meditation we practice today are essentially Samatha at their core.

Vipassana differs slightly. Concentration is used as a tool to see how things really are. In some forms of meditation, concentration is the goal. In Vipassana concentration is simply used to strip away the chatter of the mind.
This is achieved most often by observing bodily sensations. It is taught that learning to observe all sensations in the body, whether they are unpleasant or desirable, and simply observing them without reaction can teach us to do the same with things that happen in life – and thus we see clearly.

Without going into a full Jungian diatribe about how we all see through false lenses created by our subconscious and its previous experience, just know that what you experience now is rarely a true picture of reality as it is.

The ego identifies with the body and its sensations, but this also creates aversion and craving. Vipassana does not aim to teach us to ignore our emotions, but to embrace them with “clear insight” so we can choose how to act, not react to life. Since all emotion is attached to a physical feeling, we can learn how to put the ego in its place by simply learning to observe the messages of our bodies without reacting to them.
Vipassana practiced in everyday life, without the hardcore and complete silence of a retreat, can still be extremely difficult, as it tends to bring to the surface outdated ways we have of interacting with the world.

If you pay just the smallest amount of attention, you will notice that thoughts of fear, jealousy, rage, and insecurity can arise when nothing in the outside world has directly triggered them. We discover the ego as being an “entity” inside us, with its own voice (often negative) which clouds our judgment of reality.
The ego is so hard to transcend because this can feel like a psychological suicide – it feels like the death of a part of ourselves we may have identified with since we were very small children.

If you want to get the first glimpse of the ego, it usually sets you up with thoughts like these:
“I will only be happy when _________ happens.”
“I can only experience love if ________ person gives me attention.”
“I will only achieve my goals by doing _________ (morally reprehensible thing.) I can’t achieve what I want in the world by being honest, true, and loving.”

People shy away from identifying these thoughts because they don’t know what to do with them or where they are coming from.
A Vipassana retreat not only causes you to identify these thoughts but to go deeper into them. When you start to notice the craving and aversion in little things like an itch on your nose, or the ache in your back, something else reveals itself, and often the architect of these thoughts, the ego, comes out from behind the curtain. 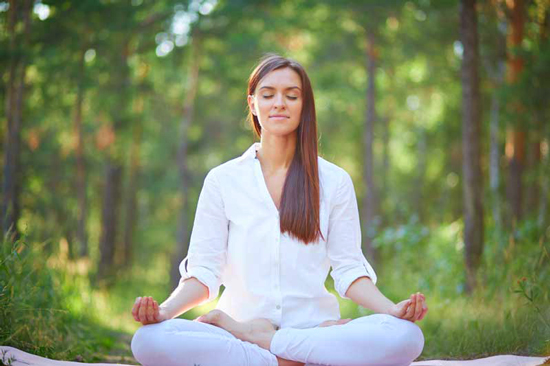 By conducting “mind surgery”, during a Vipassana retreat of any length, you start to notice why these sensations are triggered. There are often a few surprises. You can be struck with a very powerful emotion that seems to be triggered by something very small and insignificant, but that trigger will pull up memories of an experience or trauma which likely made the negative ego stronger, and more entrenched.
The schedule for a Vipassana training can be intense. You are often expected to rise in the early morning, around 4 or 5 AM. You will go straight into meditation for an hour, followed by a brief breakfast – which is often barely enough to squelch the grumbling in your stomach – yet another distraction to overcome on the meditation cushion.

Then you’ll have a group meditation or a yoga session, at which time you are not allowed to talk to anyone else who is there. Then you’ll meditate again, sometimes with instructions from your teacher, or not.
This will be followed by lunch, that for most of the Western world is a drastic change from how they eat every day. You’re giving your body food to sustain it, not feed its cravings, so lentils, vegetables, cereals, fruit, and water may be all you eat for the duration of the retreat.

These foods tend to calm the mind and make it easier to concentrate. Sugar, caffeine, and all the processed foods we normally eat bolster the mind chatter. You will also be instructed to eat even as if it is a meditation. Since many of us use food to quash emotions we don’t want to feel, even mealtimes can be extremely difficult.

When you start to get into the swing of things, and you’ve realized some of the tricks of the ego that cloud your insight, you’ll start to feel empowered. This won’t come until you’ve had challenges like you’ve never experienced in your entire life. It will feel like the “real you” is starting to emerge, and instead of kicking yourself for signing up for a crazy retreat like this, you’ll thank your higher self for guiding you there.
But then… you’ll be flabbergasted.

Just when you think the ego is giving up without that much of a fight, it kicks in – with a vengeance. The basic structure of the negative ego is based on lack and fear. It can’t be positive, not for long.
So, when it senses your new-found freedom, it will attempt to sway you from this path. The only thing to do is to dissolve its force in you to the point where its influence becomes zero.

This process takes time. It can feel like an absolute war in your mind for a while, and it can be tiring. However, the more awareness or clear insight you have, the faster you can allow the dissolution to occur.
And then, the hardship is over. If nothing else, it gets easier to see when the ego is up to its old tricks again, and you can pat it on the head like a small child, and say: “There, there, we’re not playing that game anymore”.

Vipassana is meant to be gentle but thorough. It’s going to clean out your egoic nonsense out like a roto-rooter. But once you see the truth of impermanence, and the illusory nature of “reality”, you can become a more selfless, loving individual, ready to see the world clearly.
When you return from a Vipassana retreat, you’ll feel renewed, if not even illuminated, and you’ll have new tools to return to anytime the illusion starts to get too loud, noisy or scary.