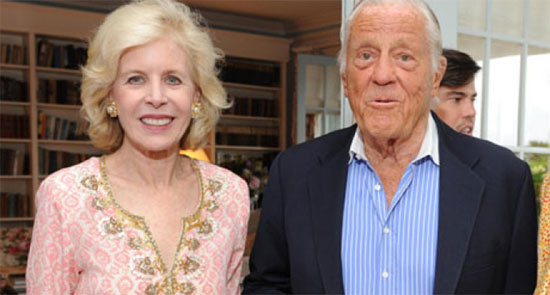 In a stunning confession, one of Washington D.C.’s elites has claimed to have murdered people by practicing Satanic occult rituals.

The revelations revolve around Sally Quinn, who is the surviving widow of Ben Bradlee, the Washington Post’s powerful executive editor and is herself dubbed the “Gatekeeper” of DC society.

For almost 50 years, the couple have been at the absolute top of the social and political spectrum with Bradlee and Quinn considered the New Camelot (his career took off in large part because of his friendship with John F. Kennedy), the Elite Deciders of who was in and who was out, the Gatekeepers in the upper echelons of the Ruling Class with the undeniable power of the Washington Post, and by extension the rest of the mainstream media, to abuse and weaponries their will against the rest of us.

According to Breitbart, to put it as bluntly as possible, we are now learning that the Queen of Camelot is an occultist, a witch of sorts who honestly believes (according to her own new memoir) that she murdered three innocent people through the dark art of the hex: a young woman who committed suicide after flirting with Quinn’s boyfriend; a magazine editor who published an unflattering profile of her in 1973, who decades later died of cancer; a psychic who died of a cerebral hemorrhage few months after telling Quinn something she did not want to hear.

The article in Breitbart informs us that Quinn, who was born in 1941, practiced the occult in the most demonic ways imaginable well into adulthood. It says Quinn finally ceased hexing others, but not out of a sense of remorse: “She outs herself as a believer in the occult and as an erstwhile practitioner of voodoo … and the book is awash in tales of Quinn’s occult prowess – she wants people to take this seriously, or at least to believe she takes this seriously. At the very least, she scared herself so badly when her third curse hit its mark – prompting a panic that her previous hexes had been responsible, due to karma, for her son’s illness – that she vowed never to dabble in the dark arts again.”

Quinn’s other acts of admitted wickedness include plotting to break up Bradlee’s marriage (which she did) and using the threat of adultery to bend Bradlee to her will.

Almost as troubling is the way in which the Washington Post informs us of this bombshell, in the Outlook section under the chatty headline: Sally Quinn’s hexes, marital ultimatums and visceral love of her son. The story is written by Connie Schultz and her criticism of Quinn is primarily limited to this: “Had Sally Quinn stayed true to the promise of her book’s whimsical title, Finding Magic: A Spiritual Memoir, she might have led readers on a journey of self-exploration as she shared her stories of hope and the many faces of faith in the aftermath of despair.”

What is going on here?

We have just discovered that one of the primary movers and shakers of the last half-century is a practicing occultist, and… Nothing. Nobody cares.

The information is dropped as though Quinn’s tell-all is the usually-usual about plastic surgeries and sex. 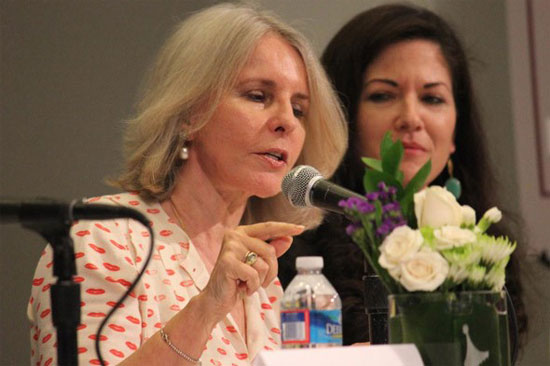 Worse still, the American Ruling Class is now joking about Quinn putting a deadly hex on President Trump.
This explains so, so much.

Rewind to last year (2016)… We now know, at the very least, that John Podesta, one of the most powerful men in DC, is comfortable with the occult practice of Spirit Cooking, comfortable enough that his own brother invited him to a Spirit Cookout.

To protect Podesta from this bombshell, and by extension Hillary Clinton (the news broke in the heat of the 2016 presidential campaign), Snopes published a dismissal, which is worth reading.

However, as much as Snopes wants to wish it all away, what cannot be wished away (and what Snopes and Podesta’s other MSM defenders failed to address) is the fact that in 1996, the hostess of this Spirit Dinner, Marina Abramovic, wrote a cookbook about Spirit Cooking with recipes that include “fresh breast milk with fresh sperm milk”.

Moreover, Abramovic is a full-blown occultist.
Whether or not John Podesta attended this dinner with his brother Tony (a powerful DC lobbyist who admits he did), so what? What in the world is this woman doing swimming in the same circles as the chairman of a presidential nominee’s campaign who also served as chief of staff to a sitting president (Bill Clinton)?

Let’s just say it out loud… The most powerful people in America are either outright occultists, are comfortable with witchcraft and Satanism, or are moving and shaking among those who are.

Whether or not you believe in the power of the occults, that does not matter. Also beside the point is whether or not the Podestas and Quinn and those calling to have Trump hexed believe.

What we do know is that these people have completely rejected any notion of a loving God, and moved towards darkness.

Furthermore, we also know that this darkness is not about consenting adults behaving badly amongst themselves. Rather, this is about them attempting to harness a power to control others, to manipulate events to their will, to hurt or outright kill those who offend or insult them.