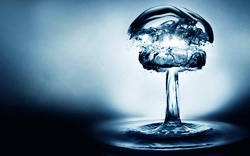 Water fluoridation has been linked with attention deficit hyperactivity disorder (ADHD) in a new study conducted by researchers from York University in Toronto, and published in the journal Environmental Health.

Although prior studies have suggested that there might be a connection between fluoride and hyperactivity, the new study is the first to look at the relationship between ADHD and water fluoridation in particular.

“Given the number of children in the U.S. exposed to fluoridation, it is important to follow this up”, said Thomas Zoeller of Amherst University, who was not involved in the study.

The researchers compared ADHD rates between all 50 U.S. states, then compared these with those states’ prevalence of artificial water fluoridation.

It was important to control for socioeconomic status, because poor children are more likely to be diagnosed with ADHD.

Delaware and Iowa are both examples of states with low poverty rates that had higher-than-expected rates of ADHD (14 percent of children between the ages of 4 and 17). Both states have heavily fluoridated water systems. 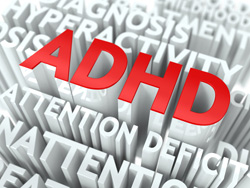 Based on the study data, the researchers constructed a model that predicted that even after controlling for socioeconomic status, every 1 percent of the U.S. population that drank fluoridated water in 1992 was associated with an extra 67,000 cases of ADHD by 2003, and an extra 131,000 cases by 2011.

“The numbers of extra cases associated with a one percent increase in the 1992 artificial fluoridation [figures] are huge”, said William Hirzy, an American University researcher and vocal fluoridation opponent who was once a risk assessment scientist at the Environmental Protection Agency.

Harvard epidemiologist Philippe Grandjean expressed a similar sentiment. “The results are plausible, and indeed meaningful”,he said, noting that the study joins a body of recent research suggesting that scientists should“reconsider the need to add fluoride to drinking water at current levels.”

Fluoride is a neurotoxin

It’s no surprise that fluoride could be a cause of ADHD; a 2014 Lancet study by Grandjean and Philip Landrigan concluded that fluoride is a developmental neurotoxin.

“Fluoride appears to fit in with a pattern of other trace elements such as lead, methylmercury, arsenic, cadmium and manganese – adverse effects of these have been documented over time at exposures previously thought to be low and safe” said pediatrician and researcher Caroline Martinez of Mount Sinai Hospital in New York.

Studies have linked higher exposure to fluoride with lower IQs in children, and have also suggested that water fluoridation may increase the rate at which lead leaches from pipes and into drinking water.

A large body of evidence also suggests that fluoride may act as an endocrine disruptor, including causing changes to the function of the thyroid gland. Because the thyroid gland plays an important role in brain development, this may produce neurological problems, including ADHD.

A February 2015 study conducted by researchers from the University of Kent, found that high levels of water fluoridation are also associated with thyroid dysfunction. The researchers, who looked at data from 98 percent of English general practitioners, found that areas with the greatest fluoridation had 30 percent higher rates of underactive thyroid. This can produce symptoms such as weight gain, depression and fatigue.

Fluoride intake has also been linked to cancer .