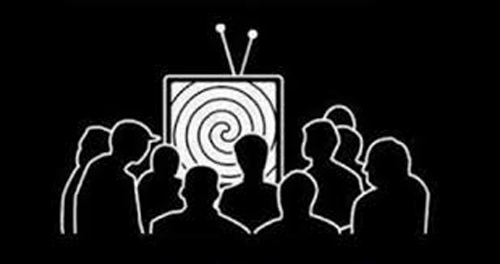 Furthermore, when questions of credibility were raised in the aftermath of the Parkland shooting regarding the well-spoken witness, David Hogg, who is the son of an FBI agent, the Media Messengers went into full defensive mode before initiating a full-frontal offensive attack on none other than Rush Limbaugh: “But in certain right-wing corners of the web – and, increasingly, from more mainstream voices like Rush Limbaugh and a commentator on CNN – the students are being portrayed not as grief-ridden survivors but as pawns and conspiracists’ intent on exploiting a tragedy to undermine the nation’s laws.”

However, prior to the unwarranted vilification of Limbaugh by the Media Messengers, he had never once commented about Hogg. Obviously, the Messengers will not tolerate critique of their narrative while, simultaneously, lying about those who call out the overwhelming deceit daily promulgated by the Orwellian Trinity.

This is exactly what deep state operatives Robert Mueller and Rod Rosenstein do as well; they investigate others for crimes they themselves committed. Rosenstein, who appointed Mueller as special council signed off on at least one of the misrepresented, and therefore illegal, FISA applications to spy on Donald Trump. Moreover, it was Rosenstein who advised President Trump to fire Robert Mueller’s close friend and associate, James Comey; an act for which Mueller hopes to bring an obstruction of justice charge against Trump.

Mueller was also former president Obama’s director of the FBI when the Bill and Hillary Clinton Foundation received $145 million in Uranium One payments for selling twenty-percent of America’s uranium deposits to Russia. And, who led the investigation into the Uranium One sale? It was Rod Rosenstein, the same Orwellian troll who hired his best friend, Robert Mueller, to investigate Donald Trump’s alleged collusion with Russia.

And why not? Mueller had quite the resume when it came to covering the multitudinous previous crimes of the Orwellian Trinity. When Mueller was FBI chief he had achieved numerous unsuccessful prosecutions, including:
– The IRS targeting of Christian, Tea Party, and politically conservative organizations;
– The Fast and Furious government trafficking of guns into the hands of Mexican cartel criminals;
– The Department of Justice spying on AP reporters;
– The investigation into Hillary Clinton’s private email server;
– The HSBC money-laundering scandal.

Mueller also bungled the 2001 anthrax letter attacks that killed five people and infected 17 others, “bent over backwards to please radical Islamist groups and caved into their demands”, and made devilish deals with the brutal Boston butchers Whitey Bulger and Stevie Flemmi.

Now Mueller and Rosenstein are pointing their crooked fingers at Donald Trump? Instead of being judged by a jury of one’s peers it’s more like being audited by a ring of racketeers.
How do they get away with this?

Again, it is because the Orwellian Trinity, consisting of the Political Left, the Military Industrial Complex, and their Media Messengers, accuse their political opponents with the exact crimes they, themselves, have committed. When you fight dirty, and control the nation’s institutions of law enforcement and justice, it becomes difficult to lose.

Moreover, because they collude in harmonic unison, the Orwellian Trinity creates an illusion of widespread consensus. This manufactured unanimity is then, in turn, used to coerce their challengers into accepting whatever basic premises are set forth by the Messengers. These erroneous suppositions are conveyed via hypnotic introductory phrasing like: “Experts agree”, “Sources say”, “Polls show”, “Military intelligence indicates”, “Lawmakers recognize”, “Witnesses claim”.

Then, the Orwellian Trinity utilize their vast propaganda networks to spread their orthodoxies in ways that transition diplomacy into war and political correctness into Orwellian newspeak faster than you can say: “Big Brother is watching you”.

In the same way the antagonist O’Brien, in Orwell’s 1984, tortured the story’s protagonist Winston Smith – while fully aware of what he was doing, so does the Orwellian Trinity relish in the sweet, succulent seduction of power: “We know that no one ever seizes power with the intention of relinquishing it. Power is not a means; it is an end. One does not establish a dictatorship in order to safeguard a revolution; one makes the revolution in order to establish the dictatorship. The object of persecution is persecution. The object of torture is torture. The object of power is power.” – O’Brien, 1984, part 3, chapter 3.

Indeed, the power of the Orwellian Trinity lies in their ability to frame any debate. This is seen by the bipartisan support for Mueller in Congress and when Republicans like House Oversight and Government Reform Chairman Jason Chaffetz of Utah tweeted: “Mueller is a great selection. Impeccable credentials. Should be widely accepted.”
He who smiles at a liar, discredits himself.

The white hats lose even before the first shots are fired. This is exactly why scary, black semi-automatic rifles, high-capacity magazines, and bump-stocks, are blamed in mass shootings in cities and towns that sound like military code names for projects and operations including: Newtown, Roseburg, Blackburg, Meridian, Omaha, Oakland, Brookfield, Seal Beach, and Parkland.
Even the Las Vegas mass shooting by Steven Paddock, according to the city’s top law enforcement officials, smells fishier than a Sandy Hook. Investigating that case should have been open and shut:

“Paddock (păd′ək) – noun.
1. A fenced area, usually near a stable, used chiefly for grazing horses.
2. Sports.
3. An enclosure at a racetrack where the horses are assembled, saddled, and paraded before each race.
4. An area of an automobile racetrack where cars are prepared before a race.
5. Australian: A piece of fenced-in land.
tr.v. pad·docked, pad·dock·ing, pad·docks
To confine in a paddock.” 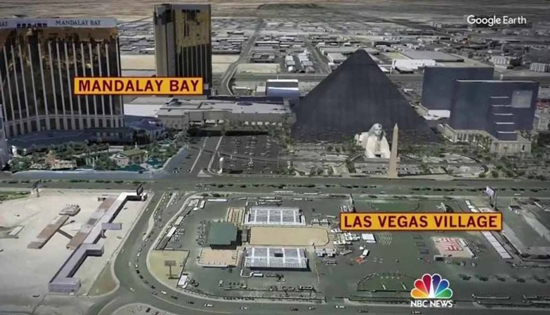 For most mass shooting events today there are multiple similarities; as well as the obvious irregularities. In the case of the Parkland shooter, Nicholas Cruz, the oddities were legion. Here was a depressed 19-year old boy, who couldn’t run a microwave or drive a car, but was living with a former (decorated) military intelligence analyst who allowed the troubled teen to keep a handful of guns, including an AR-15 and two other assault rifles in his room.

Even though the FBI was warned about the kid’s blatant insanity and, in the three months prior to the school shooting, deputies were called to his previous home three times in one month for a fight, a welfare check and report of a weapon – it was the gun’s fault that 17 kids died at Marjory Stoneman Douglas High School on Valentine’s Day.
Evidently, now even President Donald Trump has accepted the Orwellian Trinity’s premise of the guilty gun.

Think about that. At the same time unprecedented widespread corruption is being revealed in the highest offices of the Orwellian State and pervading throughout the entire Propagandic Corporate Media, these same guilty parties are pushing for increased gun control initiatives on law-abiding citizens.
Even the Corporate Media Messengers at CNN, the self-deluded arbiters of truth and justice, has called one of the Parkland students a liar for identifying the Media Messengers as fraudulent purveyors of deceit.

Imagine if Hillary Clinton was elected which, perhaps, was in accordance to the original plans of the Orwellian Trinity: Russiagate would be now be considered chimerical, but the Parkland and Vegas shootings would have likely delivered executive actions for a complete gun ban and confiscation as the Media Messengers, like CNN, chanted like high school cheerleaders at homecoming.

Attacks on the Second Amendment will not occur without any blowback, however. Too many people today, in unison with America’s founding fathers, believe their constitutional rights derive from a Higher Power that outranks Big Brother. Many of these are the same citizens who, by and large, acknowledge the type of superior Providence which, they believe, contributes to the humility behind their proper perspectives and right action. As for the rest, including the Orwellian Trinity, the creators and cultivators of the hive mind, and the people of the lie, they may, ultimately, once and for all serve as the means to their own end. William Shakespeare put it this way: “Time is the justice that examines all offenders.” – As You Like It, Act IV, Scene I, Line 80.