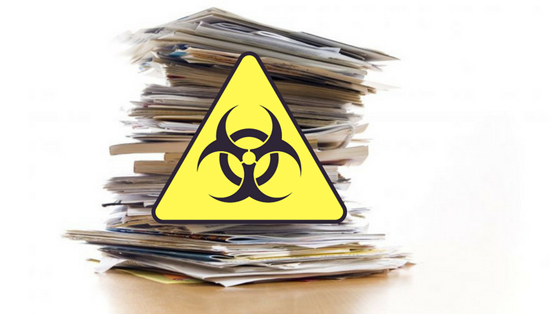 The publication of over 200,000 long-hidden documents is now blowing the lid off the corrupt and longstanding (criminal) relationship between regulatory federal agencies in the US and chemical companies. Known as the Poison Papers Project, the collection and publication of the documents was initiated this year by Independent Science News and the Center for Media and Democracy – revealing decades of collusion between regulatory government agencies and biochemical industry to actively suppress information on chemical toxicity.

During a NaturalHealth365 Talk Hour, news editor Jonathan Landsman and Jonathan Latham, PhD, director of the Poison PapersProject, exposed the secret documents that reveal years of collusion, deceit, and outright fraud – all aimed at deceiving the general public. If you are ready to learn about the stunning depths to which corporations and agencies descended – in order to hide the truth about dioxins and other poisons – check the project’s website. Find out how federal agencies conspired with chemical companies to hide toxin dangers from the public.

The documents collectively known as the Poison Papers – generated between the late 1960s and middle 1990s – consist of over 200,000 pages of study summaries, internal memos, meeting minutes, correspondence and sworn testimonies.

Author and activist Carol Van Strum began collecting and archiving the documents as a result of her 1974 attempt to stop the Forest Service from spraying 2,4,5-T (one of the ingredients in Agent Orange). Many of the documents were obtained through Freedom of Information Act requests, with some being acquired through legal discovery in lawsuits against chemical corporations and various federal regulatory agencies.

The documents became public recently when the online publication The Intercept published an interview with Van Strum.
The scandal involves the U.S. Environmental Protection Agency (EPA), the U.S. Food and Drug Administration (FDA) and the U.S. Department of Defense – along with major chemical manufacturers such as Monsanto, Dow, Dupont and Union Carbine. In fact, Dr. Latham notes that the involvement extended to “every chemical company that existed at the time”.

The documents provide a wealth of evidence that both the EPA and the corporations were well aware of the extraordinary toxicity of many chemical products – and schemed to hide this information from the public.

Dioxins, also known as TCDD, are a related group of persistent organic pollutants that accumulate in the food chain and are stored in fatty tissue of humans and animals. Long-time storage and improper disposal of industrial waste can cause this poison to be released into the environment, where it contaminates human and animal food supplies.

The International Agency for Cancer Research has classified dioxins as “known carcinogens” – with chronic exposure in animals known to cause several types of cancer. Dioxins, states Dr. Latham, may be behind the current “cancer epidemic” – and everyone has been exposed to these toxins to some degree.

Short-term exposure to high levels of dioxins can cause skin lesions and altered liver function. Long-term exposure is associated with immune system impairment, along with disruptions of the developing nervous system, the endocrine system and reproductive functions.

In an outrageous betrayal of trust, agencies not only failed to inform the public of the dangers of dioxins – but also suppressed evidence of fraudulent testing involving the toxins. Also concealed was the fact that dioxins were found in common household and personal products, such as coffee filters and diapers.
Simply put, these chemical companies are about to be exposed for the crimes they’ve committed against humanity. And many people need to be held accountable!