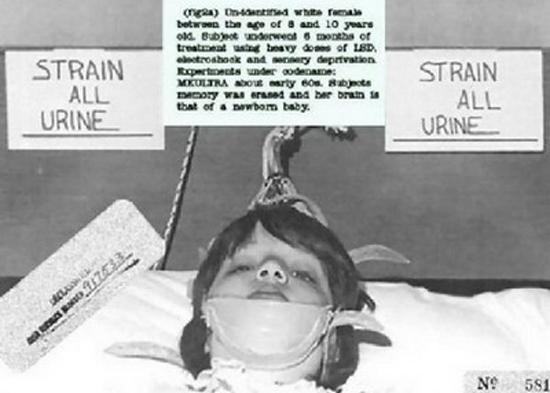 The History Channel’s America’s War on Drugs mini docu-series was shockingly honest about the CIA’s involvement in the war on drugs and the massive political propaganda campaigns that went along with it. 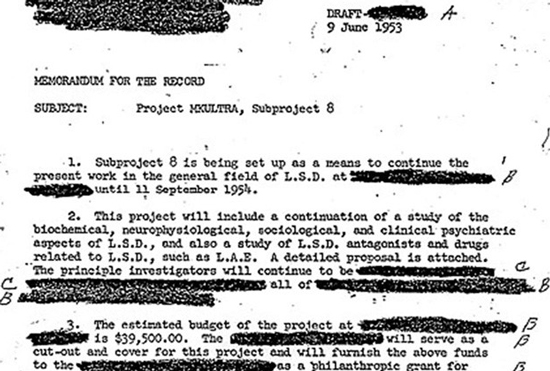 The series criminalized the CIA and the government, and rightly so, discussing their involvement in drug trafficking, production, and testing – on both volunteers and unwilling patients – and even murder.

Part of the first episode honed in on the CIA’s top-secret program that is now declassified, MK Ultra, which involved sexual and physical abuse, drug testing, hypnosis, mind control, and other types of torture. However, the only aspect that the History Channel discussed in their MK Ultra overview was the role that LSD played.

The CIA designed LSD with a Swiss manufacturer as part of the MK Ultra program in hopes that they could force people to take it and convince them to do unspeakable acts, all of which they’d forget the following morning, once the drugs wore off.
Testing started with unwilling participants being lured into a hotel room by prostitutes, who would then slip the drugs into their drinks. A CIA agent would then watch the test subjects as they tripped out behind a wall of the hotel room.

The particular project within MK Ultra that the prostitutes were involved with was called Midnight Climax. This eventually turned into full-blown brothels in the U.S. run by the CIA, whereby the women working there would lure men into them, but instead of receiving sexual favors, were unknowingly drugged and then observed by CIA agents.

The CIA then started to test willing patients in lab settings, observing their reactions to LSD and asking them questions. To their disappointment, instead of helping them control their patients’ minds, LSD actually freed their minds.
Despite the propaganda campaign on the war on drugs, whereby the government was telling people they were against all drug use, it was the government who brought LSD over and put it in the hands of the public.

Though the History Channel provided a fairly accurate depiction in the role LSD played in MK Ultra, it left out all of the brutal torture, sexual abuse, and other immoral tests performed on these patients.
MK Ultra wasn’t an unsuccessful program, either; CIA agents were able to successfully mind control many victims, many of whom were children. Of course, the History Channel failed to provide these haunting details in their TV program.

A 1975 document addressed to the President stated: “The drug program was part of a much larger CIA program to study possible means for controlling human behavior. Other studies explored the effects of radiation, electric-shock, psychology, psychiatry, sociology and harassment substances.”

The TV program itself was about drugs, so it’s understandable to a certain degree that they left these details out. Plus, the History Channel is owned by A&E, which is owned by Walt Disney, so perhaps they didn’t want to be associated with discussing such subjects. 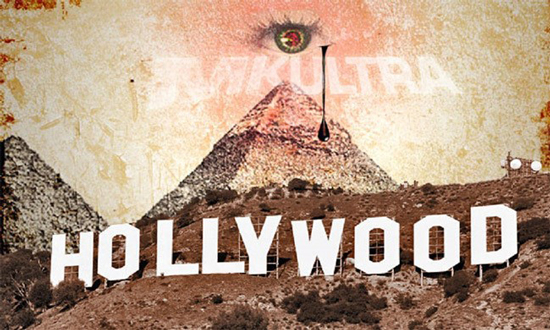 However, the History Channel went on to create a page on their website titled the “History of MK Ultra” which does not portray the full picture of what exactly happened inside of the CIA’s MK Ultra program.

So, What Did the History Channel Leave Out About MK Ultra?

The CIA-sanctioned program ran from the 1950s until the mid-1970s, though many believe that aspects of the program still exist today. The experiments were intended to identify drugs as well as procedures to be used in interrogations and torture in order to weaken victims and force confessions out of them through the use of mind control.

Though the TV show lightly touched on the severe mental abuse participants endured, it completely left out the physical and sexual abuse involved as well as the other gruesome details of the experiments. Most of the documents regarding MK Ultra were destroyed by the CIA, which isn’t surprising given the nature of the experiments. It wasn’t uncommon for unwilling patients to be forced into sensory deprivation or electroshock therapy. Of course, the test subjects reacted negatively, with many ending up permanently comatose.

Anton Chaitkin explains in his essay British Psychiatry: From Eugenics to Assassination under the MK Ultra section: “Cameron would drug his victims to sleep for weeks on end, waking them daily only to administer violent electric shocks to the brain. Patients lost all or part of their memories, and some lost the ability to control their bodily functions and to speak.”

It is known that there were deaths within the experiments, and not just the test subjects. There were also mysterious murder/suicide situations, like when biochemist Frank Olson, who worked on MK Ultra test subjects, allegedly committed suicide, though the medical examiner found his injuries to be consistent with a homicide.

Chaitkin explained: “For the CIA, Cameron tested the South American poison called curare, which kills a victim while simulating natural heart failure.”
Many other claims have come to light regarding the destroyed CIA documents, thanks to whistleblowers who have come forward who were involved in the actual experiments. A 1954 document allegedly stated that two hypnotized women were forced into conflict, with an agent telling one of the women to “fly into a rage and shoot her,” which she allegedly did.

A hypnotist involved in the experiments came forward, admitting he hypnotized and forced “young girls to engage in sexual intercourse with him”. Other MK Ultra test subjects were allegedly put through sleep deprivation and were made to eat their own feces and drink their own urine. 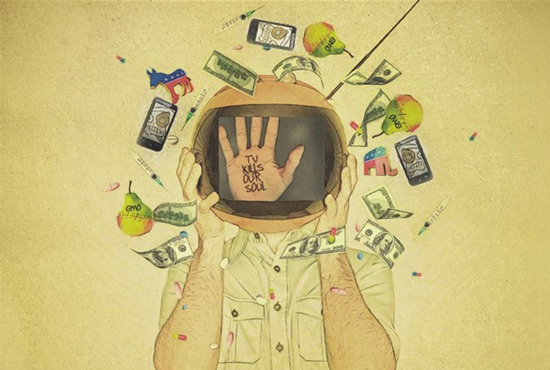 Chaitkin also went on to detail the funding of the MK Ultra experiments, explaining the elite’s role in it, including a “Masonic charity” and a 33rd degree mason. The elite’s involvement with MK Ultra and associated programs runs deep, and some of the more underground practices inspired by MK Ultra still occur today.

Ted Gunderson, a former FBI special agent and head of their L.A. office, worked to uncover years’ worth of information on high-level pedophilia, sexual abuse, and satanic rituals performed by the elite, some of which related to MK Ultra.

Gunderson worked alongside Brice Taylor, a sex slave involved with an extension of the CIA program MK Ultra. You can watch her testimony below.

Though MK Ultra ended in the 70s, many whistleblowers have come forward stating that a classified program called Monarch Mind Control (MMC) continued on, which included many children as test subjects. MMC is noted as a mind control technique that combines occult rituals, psychology, and neuroscience to create an alter ego within a desired subject.
It is believed by many that once fully programmed, monarch slaves are then used on demand by an elite group to carry out rituals, performances, deliver messages, etc. to achieve a desired outcome.

In a 1992 speech, well-respected author and psychologist Dr. Cory Hammond delved deeper into the subject of MMC, shedding light on how exactly the process works. Here are some key excerpts from his talk: “When you start to find the same highly esoteric information in different states and different countries, from Florida to California, you start to get an idea that there’s something going on that is very large, very well coordinated, with a great deal of communication and systematicness to what’s happening.

So I have gone from someone kind of neutral and not knowing what to think about it all to someone who clearly believes ritual abuse is real. What they basically do is they will get a child and they will start this, in basic forms it appears, by about two-and-a-half after the child’s already been made dissociative.

They’ll make him dissociative not only through abuse, like sexual abuse, but also things like putting a mousetrap on their fingers and teaching the parents, ‘You do not go in until the child stops crying. Only then do you go in and remove it.’
They start in rudimentary forms at about age two and a half and kick into high gear, it appears, around six or six and a half, continue through adolescence with periodic reinforcements in adulthood.” 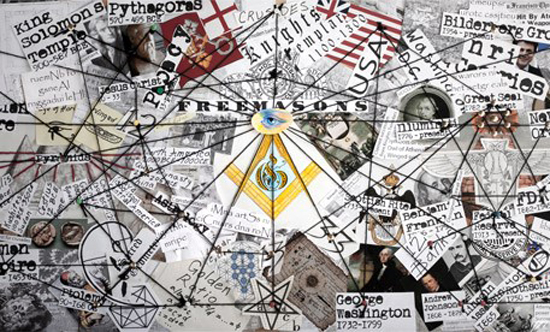 Infamous comedian and actress Roseanne Barr has also made some shocking statements, alluding that Hollywood and the entertainment industry are dominated by MK Ultra to this day.

Former child start Corey Feldman has also echoed Barr’s words, sharing his own experiences of abuse within the industry. He explained: “I can tell you that the number one problem in Hollywood was, and is, and always will be pedophilia. That’s the biggest problem, for children in this industry. It’s all done under the radar, it’s the big secret. I was surrounded by them when I was 14 years old, they were everywhere, like vultures. There was a circle of older men that surrounded themselves around a group of kids, and they all had either their own power or connections to great power in the entertainment industry.”

Though the CIA sanctioned program, MK Ultra, may have ended in the 70s, it’s clear that the cycle of ritual, abuse, and mind control techniques that were involved with the experiments has not.
Please keep in mind that this article only skims the surface when it comes to the subject of the government and the elite’s involvement with mind control and programming, so do your own research! Some great places to start include the CIA government website and testimonies from MK Ultra and Monarch whistleblowers who have come forward (whether they’re test subjects, agents, or scientists).