What’s Really Going On, Plus Do We Know? 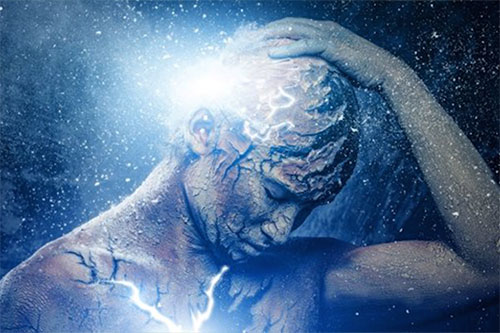 Can part of the reality shift currently taking place be a “natural” result of all the electromagnetic interferences we now experience from the sea of electromagnetic frequencies we live in, plus an overwhelming and inordinate exposure to neurotoxic chemicals in our water, food, air and weather geoengineering (“chemtrails”) that not only continue, but escalate? How about the proposed 5G WiFi in the sky?

Mankind has been through a number of “resets”. Some say the Mahabharata War 5,000 years ago was the last most recent known documented one.

Ironically, there is so much in ancient historical writings from thousands of years ago, which controllers today want people to think or believe is fake news or mythologies. Humankind has been around evolving for close to two hundred thousand years, maybe more… Probably one of the least-suppressed texts about ancient goings-on can be found in the Old Testament of the Holy Bible, which probably is one of the more accurate historical and geopolitical accounts of those times, citing sovereignties and rulers thereby placing context and accuracy around dates.

This time around the negative forces seem to be using natural laws against mankind… such as the law of “free will”. They have found ways to manipulate and steer man’s consciousness towards actually demanding their own “poison”.

This wireless and cellphone addiction is a big one! They (the satanic elite controlling the world from the shadow) actually got people wanting this destructive technology (through lies and deceit of course – like the suppressed non-thermal radiation effects from microwave technologies; the World War II radar studies being used to promote “safety”; the “consensus microwave science” postulated as current and “accurate” etc. Nevertheless, you have to wonder how this plays in to God’s grace stepping in to save the humanity, when seven billion people are hooked and addicted to what is causing their very own demise.

Some of the recent alternative media articles are addressing this very issue. Hopefully more will wake up to it. In the meantime, each of us can help disseminating the articles which are disclosing the truth and may God bring to this information all people who can benefit of it.

This article (that you are reading right now) brings up an issue so deeply suppressed – free will – being manipulated and taken away, or even worse: voluntarily surrendered because of an addiction to technology and its seeming advances because of cunning sales pitches and creative self-destructing memes.

Until people dig in and research the ramifications of many ways technologies are used either to control or deceive (vaccines, GMO “food”, Solar Radiation Management (chemtrails), geopolitics, fiat money, AMI Smart Meters, etc.), then one probably still will be enthralled with “smart” technologies. However, like everything nowadays, there is a positive and negative side to everything, which has to be weighed, considered and dealt with, if humans are to remain free spirits we are intended to be, not programmed slaves.

Here’s an example. To an alternative media article on Pennsylvania AMI Smart Meters, a comment was made by Windy, which exemplifies the problems we face if we don’t become aware about what’s really going on:
“My plans are to move out of here. I was painting around the smart meter and was up on the ladder about a foot from the meter. My body felt like it was sizzling and I thought I was having a heart attack. My ears were screaming and I had a horrible time getting off the ladder because I was too dizzy to function. I laid out on the cement floor for about 45 minutes before I could walk. Now I fell weak and shaky and my joints are freezing up with a lot of pain. What kind of people are these that would inflict pain and suffering on other humans? I’m just going to move out of Pennsylvania. Thank you for your efforts in this.”

What kind of a reality do you want?