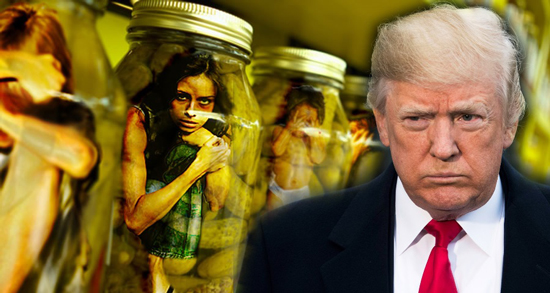 This came out via a SGTReport video. Recall that the deep state operates with funding from drug sales and human trafficking, which also includes the sale of human body parts. But human trafficking is a huge challenge on this planet, and it apparently is being addressed directly by President Trump. If you really believe little is going on to counter the deep state, then you may wish to read this article.

Here are some quotes from a presidential briefing on March 13, 2018, posted on the official White House website, whitehouse.gov:

“My Administration will focus on ending the absolutely horrific practice of human trafficking. And I am prepared to bring the full force and weight of our government, whatever we can do, in order to solve this horrific problem.

Human trafficking, also known as modern slavery, affects people from all backgrounds at home and abroad, placing millions into a sickening form of exploitation. Per the International Labor Organization, there may be as many as 24.9 million victims of forced labor across the world, with millions going unidentified and unseen. Children are especially vulnerable to this evil practice, as they account for 25 percent of modern slaves.

The United States is a source, transit, and destination country for men, women, and children – both United States citizens and foreign nationals – victimized by human trafficking… Annual illicit profits from human trafficking were estimated to be as high as $150 billion in 2014, demonstrating the substantial economic scale of this abhorrent criminal industry.

As defined by the Trafficking Victims Prevention Act (TVPA), it is the policy of the United States government to address human trafficking via ‘The Three P’s:
– Prosecution of Traffickers;
– Protection of Victims;
– Prevention of Human Trafficking’. 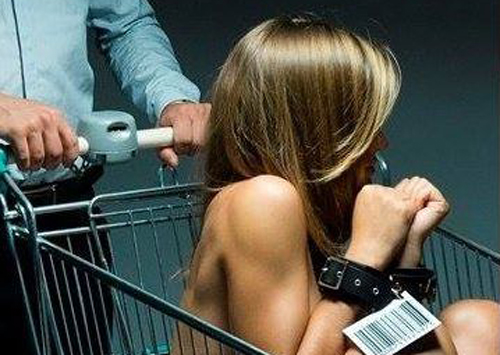 Victims are compelled to perform labor or commercial sex acts through the use of fraud, force, or coercion, reducing the value of human lives to that of mere commodities.

The President’s Interagency Task Force to Monitor and Combat Trafficking in Persons (PITF) is working tirelessly to address all aspects of human trafficking.

In March 2018, the President appointed nine human trafficking survivors to serve on the U.S. Advisory Council on Human Trafficking for terms of two years.

In September 2017, Ivanka Trump and Deputy Secretary of State Sullivan joined more than 20 world leaders at the United Nations General Assembly for a global call to end modern slavery and to announce the State Department’s $25 million grant to the Global Fund to End Modern Slavery.

This Order directed the United States government to identify, interdict, disrupt, and dismantle the transnational criminal organizations that engage in human trafficking.

In light of the impending Senate vote on H.R. 1865 – the FOSTA-SESTA legislative package designed to fight online sex trafficking – the Trump Administration is hosting a roundtable on human trafficking to review and discuss the path forward on this critical issue.”