Why are the powers that be tracking people with Rh-negative O blood type so closely? (2) 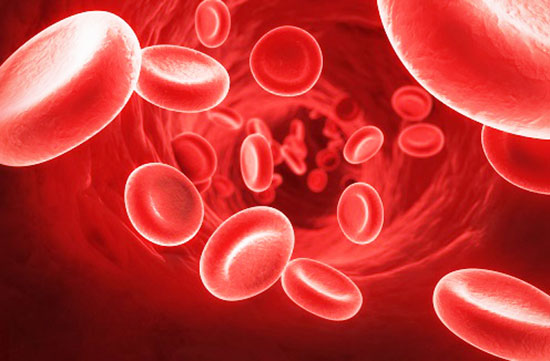 When just two of these very special people, having O blood type, get together, they can not only start a nation-changing revolution, they can trigger a revolution of consciousness. With the Internet now operating at full tilt, the real opportunities for unparalleled collaboration are virtually endless among the psychic intelligentsia. So are the chances that many of these brilliant beings of light will begin to collaborate to change the world for the better. When the really advanced O types begin to join like-minded people who operate across all scientific disciplines, both theoretical and practical, not even the sky is the limit.

Now the reader knows why many O negatives are literally tracked, and oftentimes hounded, throughout their lifetimes (think of Tesla). Of course, the same goes for any other person who demonstrates superior intellect, brain capacity, extra-sensory powers, prophetic abilities or other unique proficiencies, who is not O blood type. There are plenty of those folks who are also giving the powers that be major headaches. The Indigo and Crystal children are especially troublesome for the establishment, which is one of the reasons for so much vaccine-induced Autism, Asperger’s syndrome and Attention deficit hyperactivity disorder (ADHD).

All of these exceptional individuals are ultimately split up into two categories: the assets and the liabilities. They are either considered a friend or a foe of Deep State. They are either a very serious part of the problem, or an integral part of the solution, as far as the National Security State is concerned.

Many of these gifted individuals have had inexplicable experiences during their lifetimes. Depending on who they are (i.e. their station in life and position in society), and just how big of a threat that they might pose to the powers that be, some of those experiences ought to be seriously re-evaluated. When looked at through the lens of Rh-negative O blood type understanding, many things will begin to gel.

Every one of these folks should especially take a very close look at their college years. This is when many left the parents’ home for the very first time. Not only were some of these highly sensitive souls very vulnerable, they were also quite impressionable. For example, the C.I.A. is well known for aggressively recruiting on university campuses across the USA and beyond. They will use every device and machination ever devised to close in on their prey… until they have been effectively neutralized or convinced to join The Company (aka the CIA).

It is also during these college years when many other purposefully placed characters can enter their life uninvited. How frequently did this also happen when they were away from home, traveling abroad or on vacation?

Many strange or life-altering experiences have occurred to many touched souls after they left a bar, a party, or a social function, especially where the alcohol flowed and drugs were prevalent. Clearly, the more exposure to various groups and public functions that they had over the course of a lifetime, the greater the likelihood that events could transpire which unequivocally indicated they were perceived as either an asset or a liability. It is the offbeat social affair or high-profile social occasion when many have complained about bizarre happenings which proved to be very dangerous, and sometimes deadly.

According to Wikipedia, the Basque “are an indigenous ethnic group characterized by the Basque language, a common Basque culture and shared ancestry to the ancient Vascones”. They live in what is “known as the Basque Country, a region that is located around the western end of the Pyrenees on the coast of the Bay of Biscay and straddles parts of north-central Spain and south-western France”. As a single group of people, the Basque possess the largest concentration of O blood type in the entire world. The Basque language is exceedingly unique in that it “is unrelated to the other languages of Europe and indeed, as a language isolate, any other known language”.

The crucial point is that the Basque are real rebels who have fought for their independence for centuries. In modern times, the Basque separatist movement has distinguished itself for its extraordinary perseverance and ferocity. Though relatively small in number, the Basque can be quite fierce and have proven to be a formidable opponent. Within intelligence circles, the Basque are well known to be some of the most wily and tenacious revolutionaries in the world. Hence, they are monitored like no other demographic on Earth. Within the relevant fields of scientific research, it is well understood that this particular European bloodline holds the key to understanding where the Rh-negative blood type originally came from, as well as why O blood type confers special capabilities upon individuals.

By way of illustration, there was once a place called Incline Village in Nevada that hosted a group of real beatniks and older hippie types, philosophers and poets, political reformers and anti-war protesters, yogis and mystics. Ken Wilbur, one of the leading thinkers at Incline, mysteriously came down with a debilitating disease (called RNase Enzyme Deficiency Disease) that left him bed-ridden for much of his adult life. So debilitated did Ken become that he was practically forced into his life’s work of philosophizing and writing while in bed. Now what is quite noteworthy about this story is that many others, who also lived in this counter-cultural commune, were similarly afflicted with this or that New Age disease. Was it a naturally contaminated water supply, or was it something toxic deliberately put into the water? Or, was it a bioengineered infectious disease agent purposefully released as a bioweapon with an unknown vector of dissemination? Just like the Epstein-Barr Virus was created in military laboratories and released during the 1960s and 70s to manifest as Stage I Mononucleosis among the rebellious hippies and flower children, so, too, are many other diseases tactically manufactured to target certain bloodlines and genetic makeups, races and nationalities.

Historically, the FBI’s COINTELPRO has infiltrated such groups for a variety of reasons, just as the C.I.A. has covertly penetrated various organizations around the world over many decades. In each and every case, they are either looking for future agents to recruit or identifying the incorrigible troublemakers in order to track and monitor them – for the rest of their lives.

It’s never been so important to know who your real friends are.
It is always wise to be acutely aware when attending social functions, particularly those that are outside of one’s normal sphere of life. Being present in such a manner that does not expose oneself to any kind of mischief is highly recommended.

Given the current state of affairs throughout the USA, new strangers who show up in one’s life ought to be thoroughly vetted. Any unusually odd behavior from family members or neighbors, co-workers or teammates ought to be watched and noted. All relationships, both personal and business, ought to be re-evaluated for their real contributions to one’s life.

There are many other pieces to this complex puzzle which are beyond the scope of this expose.

Note: This story in no way implies that there are not people with the other blood types who also have highly developed psychic abilities. It’s just that Rh-negative folks, especially O blood type, have an inordinately high percentage of clairvoyants and telepathics, visionaries and prophets among them.

How life becomes more beautiful when we stop anticipating the worst

When The Body Asks For Help – 10 Important Signs That You Can Not Ignore!