Why Organic Food Is Good Not Only for the Body, but the Mind and Soul Too

In this day and age, most are aware that organic food is better for the health of people and the planet. With increasing levels of exposure to toxins in the environment – like the burning of fossil fuels and industrial waste – now more than ever, it’s important to consume a clean diet to keep the body healthy and strong. But while organic food consumption is on the rise, we still have much to learn about the overall benefits for personal and collective health, not only on a physical level, but also mentally and, some say, spiritually too. 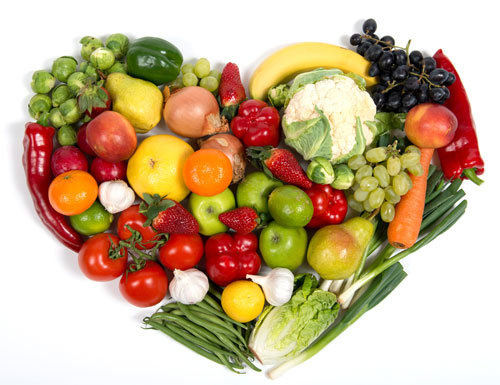 The Rise of Cancer, ADHD and Endocrine Disorders

In 1962, Rachel Carson’s book Silent Spring brought the problem of pesticides into the limelight, educating the general public about the exceptional dangers of these chemicals to our health and the environment. Decades later, we may not be in as much active contact with DDT, but we’re exposed to equally harmful pesticides in greater concentrations – much more so than in the past. The Toxics Action Center offers a sobering insight into the issue:

“Chronic health effects may occur years after even minimal exposure to pesticides in the environment, or result from the pesticide residues which we ingest through our food and water. A July 2007 study conducted by researchers at the Public Health Institute, the California Department of Health Services, and the UC Berkeley School of Public Health found a six-fold increase in risk factor for autism spectrum disorders (ASD) for children of women who were exposed to organochlorine pesticides.”

Moreover, research from the University of Montreal and Harvard University discovered that children who ingest pesticide residues on produce have a two-fold risk of attention deficit hyperactivity disorder (ADHD) – a syndrome which causes disruptive inattention, abnormally active behavior and impulsivity.

The National Cancer Institute also found that American farmers who use agricultural pesticides have a high incidence of Hodgkins disease, non-Hodgkins lymphoma, leukemia, as well as other types of cancer. Likewise, a study published in the American Journal of Epidemiology shows that “farmers who use weed killers are more than twice as likely to suffer from depression than farmers who don’t use the chemicals. And farmers who had higher exposure – through either more hours or longer years using weed killers – had the greatest risk.” And a study published in 2013 revealed that using insecticides is linked with an increased incidence of Parkinson’s disease.

Dr. Emanuele Cereda, M.D., Ph.D., and Dr. Gianni Pezzoli, M.D., reviewed the data from 104 studies which were published between 1975 and 2011. What they found is that exposure to pesticides is linked with a 58% increased risk of developing the disease. Certain herbicides and fungicides actually double Parkinson’s disease risk.

That’s not all. Pesticides also destroy the environment. The toxins damage agricultural land by harming beneficial insects, soil microorganisms and worms – all of which contribute to healthy soil and naturally limit detrimental pests. Plant root and immune systems are also negatively impacted by pesticides, as are concentrations of important nutrients such as nitrogen and phosphorous. 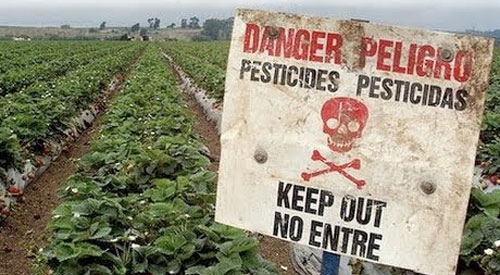 When we look at the big picture, science presents a strong argument for eating organically if we would like to promote health of our bodies and mind, along with safeguarding the environment. But can an organic diet help us spiritually too?

The Soul of Food

Susan Bass is a teacher and practitioner of Ayurvedic medicine and believes in “energetics” of food, the theory that specific foods can balance and enrich the mind, body and spirit.
“Nature is an aspect of the divine,” she says. “When we move with the rhythms and cycles of nature, when we sleep, get up and eat what is in season, we connect with the divine.” She adds, “Nature is always providing exactly what our bodies need to thrive. That is why eating locally grown, fresh, organic food is so important. The food that grows in our area is what the creatures here need to stay in balance with the Earth.”

Caroline Kelly, a member of Jesuit Volunteer Corps Northwest, agrees. “Beyond our physical bodies, we are part of a much larger body of Christ. I believe we were created to be part of the structure, not to dominate the structure. When we mono crop, use pesticides and fertilizers, we are violating a biome that God created,” she says. “This is a system created to sustain us. If we violate it, eventually we violate our own bodies. The spread of chronic disease makes me think this is already happening.”

As it turns out, both Bass and Kelly might be on to something. Using Kirlian photography, researchers have discovered the energy fields of organic foods emit “a clearly more vibrant and harmonious energy field than conventional foods.” Ripe, just picked organic produce had the strongest energy field. “Raw foods also fared better in the energy department than cooked and pasteurized foods, the latter of which appeared duller and less uniform than their raw counterparts.”

Some believe this energy field represents a food’s “life source” and that consuming such high vibrational food, that’s not over-processed or pesticide-ridden, keeps us healthy and strong – both physically and mentally, as well as spiritually.
So dig in and reap the benefits of locally grown, organic food. Your body, mind and soul will thank you.