Why Were Vatican And Church Hierarchies not Unnerved About Infertility “Ingredients” In WHO’s African Tetanus Vaccine Campaign? 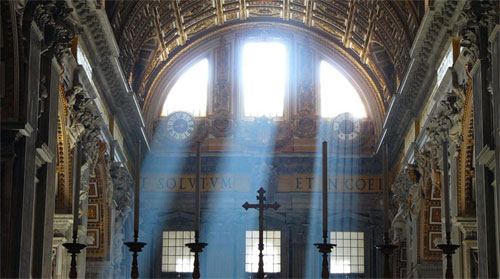 The Roman Catholic Church has strict rules and unyielding dogma regarding religious beliefs and congregants practices but, unfortunately, seems to turn a deaf ear and a blind eye and subscribes to “going along to get along” especially regarding the pseudosciences regarding GMO ‘phood’, and what the medical industry submits as ‘gospel truth’ when it comes to pharmaceutical vaccines!

The same Congregation also decided that Eucharistic matter made with genetically modified organisms can be considered valid matter (cf. Letter to the Prefect of the Congregation for Divine Worship and the Discipline of the Sacraments, 9 December 2013, Prot. N. 89/78 – 44897).

Relating to vaccines, then Cardinal Joseph Ratzinger, who became Pope Benedict XVI (2005-2013), sent a request to investigate vaccines to the Sacred Congregation of the Doctrine of Faith in order to answer questions posed by Mrs. Debra L. Vinnedge, Executive Director of Children of God for Life, in Largo, Florida.

In June of 2005, Mrs. Vinnedge received a reply on the letterhead of the Pontificia Academia Pro Vito saying: “On June 4, 2003, you wrote to His Eminence Cardinal Joseph Ratzinger, with a copy of this letter forwarded to me, asking to the Sacred Congregation of the Doctrine of Faith a clarification about the liceity [sic] of vaccinating children with vaccines prepared using cell lines derived from aborted human fetuses.”

As part of Mrs. Vinnedge’s answer, included was the English translation of “Moral Reflections On Vaccines Prepared From Cells Derived From Aborted Human Foetuses,” which ended with this seemingly “politically-correct” babble:

“In any case, there remains a moral duty to continue to fight and to employ every lawful means in order to make life difficult for the pharmaceutical industries which act unscrupulously and unethically. However, the burden of this important battle cannot and must not fall on innocent children and on the health situation of the population – especially with regard to pregnant women.”

• as regards the vaccines without an alternative, the need to contest so that others may be prepared must be reaffirmed, as should be the lawfulness of using the former in the meantime insomuch as is necessary in order to avoid a serious risk not only for one’s own children but also, and perhaps more specifically, for the health conditions of the population as a whole – especially for pregnant women;
Apparently the Holy See is into Big Pharma’s consensus science!

• the lawfulness of the use of these vaccines should not be misinterpreted as a declaration of the lawfulness of their production, marketing and use, but is to be understood as being a passive material cooperation and, in its mildest and remotest sense, also active, morally justified as an extrema ratio due to the necessity to provide for the good of one’s children and of the people who come in contact with the children (pregnant women);
The Vatican demonstrates an obvious disregard for what has been reported to the CDC’s VAERS system about spontaneous abortions and miscarriages after pregnant women are receiving vaccines!

• such cooperation occurs in a context of moral coercion of the conscience of parents, who are forced to choose to act against their conscience or otherwise, to put the health of their children and of the population as a whole at risk. This is an unjust alternative choice, which must be eliminated as soon as possible.

However, the Vatican and the RC Church have not been outspoken about nor instituted an alternative choice campaign, which could have dramatic impact considering the RC Church has a global membership/congregation of approximately 1,253,926,000. That represents almost one-seventh of the world’s population, which could make a significant difference regarding vaccine pseudoscience IF the RC Church were to act upon legitimate science and not “go along to get along.”

The Kenya hCG-laced-TT-vaccine problem should have been a huge wakeup call for the RC Church, but apparently Church fathers decided it wasn’t.
However, the hCG issue resurfaced recently, which could propel the Vatican to act if parishioners demand corrective actions from the Vatican and the Church’s hierarchy based upon real, not pseudoscience generated by vaccine manufacturers. 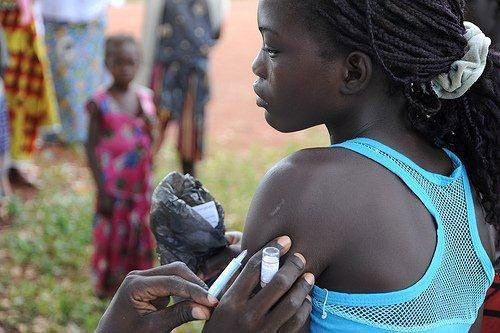 An October 27, 2017 paper titled “HCF Found in WHO Tetanus Vaccine in Kenya Raises Concern in the Developing World” in Open Access Library Journal was published, which confirmed what Roman Catholic Bishops in Kenya were reporting, i.e., an infertility ingredient in the tetanus vaccines being given to child-bearing-age females in Kenya!

In 1993, WHO announced a “birth-control vaccine” for “family planning”. Published research shows that by 1976 WHO researchers had conjugated tetanus toxoid (TT) with human chorionic gonadotropin (hCG) producing a “birth-control” vaccine.

Conjugating TT with hCG causes pregnancy hormones to be attacked by the immune system. Expected results are abortions in females already pregnant and/or infertility in recipients not yet impregnated. Repeated inoculations prolong infertility.

By November 1993 Catholic publications appeared saying an abortifacient vaccine was being used as a tetanus prophylactic. In November 2014, the Catholic Church asserted that such a program was underway in Kenya. Three independent Nairobi accredited biochemistry laboratories tested samples from vials of the WHO tetanus vaccine being used in March 2014 and found hCG where none should be present.

Why the RC Church didn’t pursue the above infertility ‘subterfuge’ in WHO-sponsored vaccines further for definitive action should be considered, a “sin of serious omission,” which needs to be accounted for and by the Vatican and the Church hierarchy.

Can that omission be considered in the same probability as sweeping Church clergy pedophilia under various ‘clerical rugs’ for decades? Where’s accountability on the part of the RC Church with regard to an apparent New World Order pro-eugenics strategy for population control?

The Conclusion section of the published research paper stated:

Laboratory testing of the TT vaccine used in the WHO Kenya campaign 2013- 2015 showed that some of the vials contained a TT/βhCG conjugate consistent with the WHO’s goal to develop one or more anti-fertility vaccines to reduce the rate of population growth, especially in targeted LDCs such as Kenya.

While it is impossible to be certain how the βhCG got into the Kenya vaccine vials testing positive for it, the WHO’s deep history of research on antifertility vaccines conjugating βhCG with TT (and other pathogens), in our opinion, makes the WHO itself the most plausible source of the βhCG conjugate found in samples of “tetanus” vaccine being used in Kenya in 2014.

Moreover, given that all vaccine manufacturers and vaccine testing laboratories must be WHO certified, their responsibility for whatever has happened in the Kenyan immunization program can hardly be overemphasized.

If the above WHO agenda seems unconceivable, then how about considering this:

From page 51 [of the 1968 yearly Rockefeller Foundation report] onward we read:

“Several types of drugs are known to diminish male fertility, but those that have been tested have serious problems of toxicity. Very little work is in progress on immunological methods, such as vaccines, to reduce fertility, and much more research is required if a solution is to be found here.”

It wasn’t long before all the Foundation’s efforts began to have effect. In its annual report of 1988, The RF was happy to report the progress made by the Foundation’s Population Division in the field of anti-fertility vaccines:

“India’s National Institute of Immunology successfully completed in 1988 the first phase of trials with three versions of an anti-fertility vaccine for women. Sponsored by the government of India and supported by the Foundation, the trials established that with each of the tested vaccines, at least one year of protection against pregnancy could be expected, based on the levels of antibodies formed in response to the immunization schedule.”

Global Distribution of Rockefeller-Funded Anti-Fertility Vaccine Coordinated by WHO

In addition to the PrisonPlanet-exclusive Rockefeller Foundation Developed Vaccines For “Mass-Scale” Fertility Reduction – which outlines the Rockefeller Foundation’s efforts in the 1960s funding research into so-called “anti-fertility vaccines” – another series of documents has surfaced, proving beyond any doubt that the UN Population Fund, World Bank and World Health Organization picked up on it, further developing it under responsibility of a “Task Force on Vaccines for Fertility Regulation”.

Just four years after the Rockefeller Foundation launched massive funding-operations into anti-fertility vaccines, the Task Force was created under auspices of the World Health Organization, World Bank and UN Population Fund. Its mission, according to one of its members, to support:
“Basic and clinical research on the development of birth control vaccines directed against the gametes or the preimplantation embryo. These studies have involved the use of advanced procedures in peptide chemistry, hybridoma technology and molecular genetics as well as the evaluation of a number of novel approaches in general vaccinology.

As a result of this international, collaborative effort, a prototype anti-HCG vaccine is now undergoing clinical testing, raising the prospect that a totally new family planning method may be available before the end of the current decade.”

One of the Task Force members, P.D. Griffin, outlined the purpose and trajectory of these Fertility Regulating Vaccines. Griffin:
“The Task Force has continued to coordinate its research activities with other vaccine development programmes within WHO and with other international and national programmes engaged in the development of fertility regulating vaccines.”

Griffin also admitted to the fact that one of the purposes of the vaccines is the implementation in developing countries.

“If vaccines could be developed which could safely and effectively inhibit fertility, without producing unacceptable side effects, they would be an attractive addition to the present armamentarium of fertility regulating methods and would be likely to have a significant impact on family planning programmes.”

If the Vatican, RC Church and its hierarchy are so concerned about the practice of birth control by its congregants, then shouldn’t they be looking into and doing something about “fertility regulating methods” that would likely have significant impacts upon family planning – something they cannot not afford to oppose, since it would decrease membership, especially in developing countries?