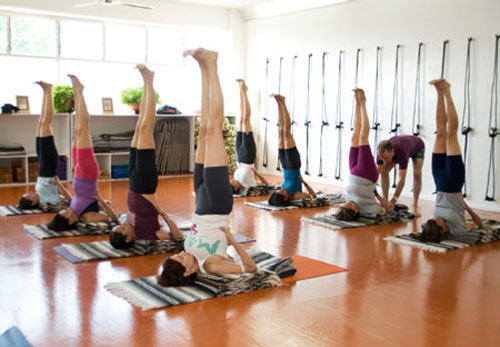 Yoga has been used as a form of therapy to help people with various physical, emotional, and mental conditions. More and more studies are showing how this ancient practice benefits the body and mind. Given its powerful healing effects, yoga is being introduced into various integrative centers as an alternative therapy to modern medicine and psychotherapy.

“Yoga teaches us to cure what need not be endured and endure what cannot be cured,” BKS Iyengar once said.
Though this thousand-year-old Indian discipline has been shown to boost physical and mental wellbeing, the fake media is on a mission to put this natural way of healing in a bad spotlight. Just as they keep claiming mercury in vaccines is “safe” the mainstream media has now jumped on the recent absurd news that yoga classes are causing more harm than good.

“Yoga – more dangerous than previously thought”. The ridiculous statement finds its origin in a research paper which was recently published in the Journal of Bodywork and Movement Therapies. Researchers at the University of Sydney, Australia, reported that yoga caused musculoskeletal pain in more than 10 percent of the participants while exacerbating more than one-fifth of their existing injuries.

“Our study found that the incidence of pain caused by yoga is more than 10 percent per year, which is comparable to the injury rate of all sports injuries combined among the physically active population,” lead researcher Associate Professor Evangelos Pappas told the American Academy of Pediatrics (AAP).

For their study, the researchers assessed more than 350 people – mostly women with an average age of 45 – who attended classes at two yoga studios in New York. They were asked to complete a questionnaire at the beginning of the study and again after one year.

Professor Evangelos Pappas, who is a yoga teacher himself, explained that the upper limbs are not designed to support a lot of weight. Hence, the 13.3 percent increase in pain in the shoulders, elbows, wrists or hands.

Since yoga has gained so much popularity in the past decade, the mainstream media jumped on this news, claiming yoga to be more dangerous than previously thought. What these headlines forget to mention, however, is that Professor Pappas and his team also found that for nearly two-thirds of participants, or 74 percent, yoga improved pain in the lower back and neck. Furthermore, yoga has shown significant beneficial effects in treating other mild injuries and depression.

However, just as with any other type of exercise, yoga can lead to pain and injuries. This can be due to malpractice or trying to do too much too fast. Therefore, Professor Pappas noted that given yoga’s popularity and perceived safety, it’s important that participants treat it with caution and only learn it from a certified teacher.

Furthermore, he stressed the importance of discussing preexisting conditions and pain with your yoga teacher or physiotherapist to explore posture modifications in order to make sure you don’t make things worse.

Yoga’s gentle stretches can strengthen and protect muscles and help people recover from pain. Nonetheless, some poses can be dangerous too. Yoga shouldn’t hurt and it isn’t a competition either. We all have our limitations. As cool as that scorpion pose or handstand may look, they are not for everybody. Be mindful when practicing yoga. Don’t force yourself into positions your body can’t handle. Avoid injury and reap the healing benefits yoga can have on your body and mind by starting slow and listening to your what your body tells you.