Attempted Assassination of the President

The archives of the various Ur-Lodges which could be consulted and a number of firsthand accounts by personalities still living (of the highest profile and international standing) who were involved in those events at the dawn of the Eighties (sworn testimonies by persons whose identity, plus testimonies, have been duly registered and deposited at the offices of lawyers and solicitors in Paris, London and New York) paint a scenario that is truly alarming and bewildering to public opinion. A public opinion which, to this day, has never had access to information that would explain a series of events of the year 1981.

These events were not connected to one another by the inquiries conducted at the time by the judiciary and the media and remained largely impenetrable and mysterious for the general knowledge.

The fact is, according to sources, that the fury of some (not all and not even the majority, let it be said) of the Three Eyes Lodge Freemasons came to concrete expression in the placing of a weapon in the hands of John Warnock Hinckley Jr. (b. 1955), the assassin who on 30th of March 1981 fired in the direction of Ronald Reagan and others who were with him in front of the Washington Hilton Hotel. Reagan was seriously wounded but survived the attack, as did the others who were struck by the bullets.

Concerning Hinckley, a mentally disturbed young man obsessed with the actress Jodie Foster (he actually said that the assassination attempt was an open “declaration of love for her”), it was concluded that he “lacked the ability to understand and to will”, and he was therefore imprisoned in a criminal asylum.

Few people gave serious attention to the fact–noted, all the same, by sections of the media in the days immediately following the attack, and reconsidered by a number of “conspiracy theorists” who, however, had insufficient knowledge of all that had gone on between members of the Ur-Lodge Three Eyes and Brothers of the White Eagle – that mentally unbalanced John Hinckley Jr. was a son of John Warnock Hinckley Sr., who for years had been president and delegate executive of the Vanderbilt Energy Corp. and was in general active in the oil business. Originally from Oklahoma and then transferred to Texas, he was a friend of the Bush family and had given weighty financial support to George H.W. Bush during the Republican primaries of 1980. Moreover, the son of Hinckley Sr. and elder brother of the assassin John Hinckley Jr., Scott Hinckley (a close associate of his father in the oil and energy sector) was, in his turn, a close friend of the fourth child of G.H.W. Bush and Barbara Pierce, Neil Bush.

Significantly, John W. Hinckley Sr. (1925–2008) was also a member of Three Eyes. Regarding this political homicide (this time failed by a hair’s breadth), a number of sources maintain, however, that neither the Bush family, nor Hinckley’s, were responsible for arming the certifiably unbalanced John Hinckley Jr. However, the Three Eyes “brother” who effectively prompted the assassin to shoot knew very well that, with President Reagan out of the way, the first to occupy the White House would be his deputy vice-President George H.W. Bush, one of the most faithful, dedicated and embedded members of the Three Eyes Lodge.

Indeed, according to some, the fact of having chosen and armed for assassination purposes a mentally disturbed young man directly associated with the Bush family was, of course, a way of giving back the U.S. Presidency to a man of the Three Eyes and the Trilateral Commission, but was at the same time a fiendish stratagem to blackmail and control G.H.W. Bush who, since becoming vice-President, seemed (though someone pointed out that appearance is not the same as reality) to be in loving agreement with Reagan and other members of the presidential administration who adhered strictly to Reagan’s policies.

Be that as it may, within the circles of the White Eagle, the Edmund Burke and the Geburah no-one doubted that the assassination attempt had a clearly Masonic origin, attributable to a number of blade-wielding “brothers” of the Three Eyes Lodge. In this case, too, the majority of Masons of these pro-Reaganite Ur-Lodges did not intend to set in motion the sensational act which, instead, was planned and carried out by very few shortly afterwards and in scientific fashion, with the support of the Russian and East German secret services directed of necessity by the Soviet leaders imposingly present in the Ur-Lodge Joseph de Maistre (amongst whom we recall Freemasons Brezhnev, Andropov and Chernenko, who had already betrayed the Three Eyes “brothers” in 1978-79 through their support of the Iranian revolutionary rebellion provoked by the Ur-Lodge Amun). 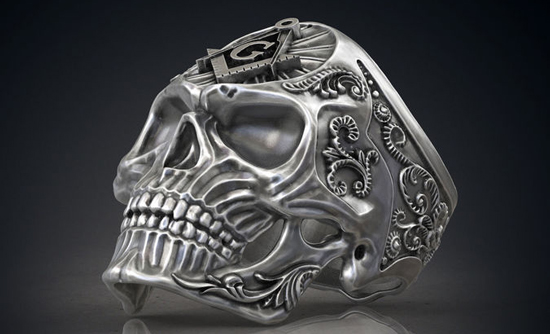 Thus, opting for a course of action entirely different from the milder, more resigned and submissive stance of the progressive Masonic circles who, in 1963-68 (assassinations of J.F.K., Martin Luther King and Robert F.K.) had not responded “an eye for an eye and a tooth for a tooth” to their Three Eyes “brothers” and their allies who were suspected of these acts of homicide, a determined and aggressive minority of White Eagle, Edmund Burke and Geburah members decided to avenge in blood the (failed) attempt to assassinate their protégé Ronald Reagan. 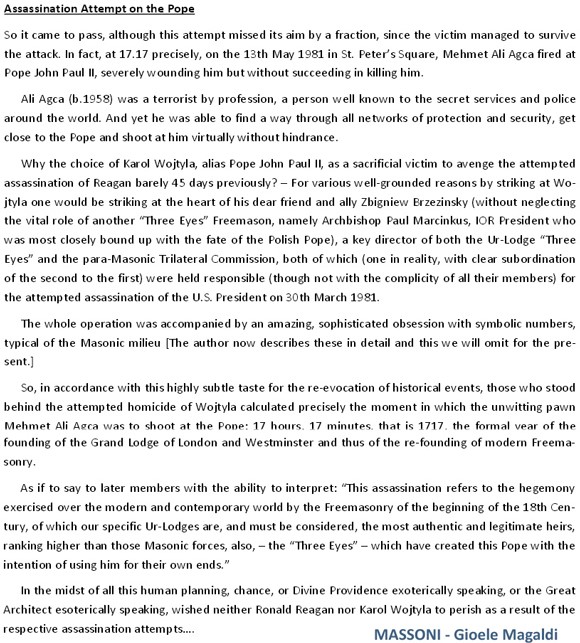 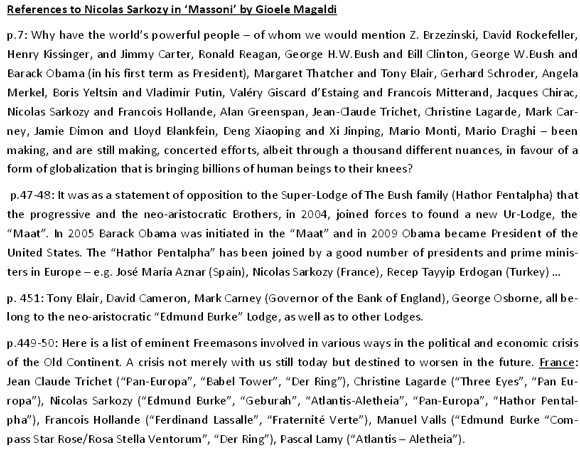 Other parts of Super Lodge/Freemason history:

– The sexual revolution began with the Freemason (Loge B`nai B`rith) Sigmund Freud, who led back all neurosis to deliberate suppression of unconscious impulses, ultimately by the sex drive. Freud was a progressive Freemason.

– Wilheim Reich’s book The Sexual Revolution led to the revolution in 1968. The Super Lodges infiltrated the ’68 movement with agents. Much time passed, and it then led to the gender theory.

– The “Do what you want” motto (promoted heavily nowadays) can be found in the Book of the Law by Aleister Crowley – Member of Golden Dawn and Ordo Templi Orientis.

– Aldous Huxley (famous English writer and philosopher) was introduced by Aleister Crowley into the use of drugs. The science of names is an important part of the Masonic lodges work.