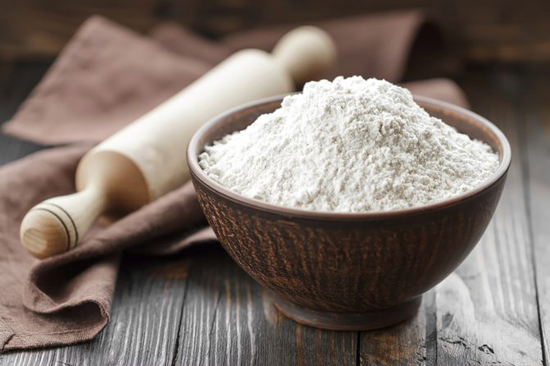 The Federal District Court of Missouri deemed that bleached white flour was unfit for human consumption, in 1910.

Shockingly, the 1st chief of the Food and Drug Administration at the time, H. W. Wiley, said that the law was “halted through the political influence of the flour millers” and “no notice of violations has since been made by the FDA.”

Mr. Wiley’s book The History of a Crime Against the Pure Food Law goes over the case. “These days flour is made from wheat that’s exposed to harmful pesticides, insecticides, and fungicides from the minute they are seeded and stored away.ˮ Since that time, around 60 various chemicals have been approved by the FDA to bleach white flour.

5 Secrets About White Flour That will Shock You

White Flour manufacturer’s start by removing bran from wheat seed, its 6 outer layers, and the germ that has 76% of minerals and vitamins. 97 percent of the dietary fiber is also gone. This process strips all iron, magnesium, B vitamins, vitamin E, 70% phosphorus and 50% of calcium.

After the removal of nutrient, layers, flour is bleached, preserved, and aged with chlorine dioxide. They whiten the flour by mixing in alum, chalk, and ammonium carbonate to give the white flour a certain appeal to consumers. In the final stage, an anti-salting agent named sorbitan mono-saturate.

White flour also contains potassium bromate, a tough oxidizer that harms cells. Bromate is recognized as a category 2B carcinogen, and has been found by the International Agency for Research on Cancer (IARC) to be possibly carcinogenic to humans.

In 1994, Potassium Bromate was banned by the European Union (bromates, peroxide, and chlorine in food is illegal in the EU), Canada, and the UK.

3. White flour is a natural insecticide

You might not know this, but if an insect gets into white flour and eats it, they end up dying. This in part due to white flour being an insecticide, so it practically kills every insect that eats it.

L-cysteine is a non-essential amino acid that is added in most baked goods to ramp up industrial processing. You can find it in cookies, pizza doughs, fast food buns and pastries. It is processed in labs but there are cheap means of production that involve the use of human hair and duck feathers.

Other than human hair, L-cysteine can be found in cow horns, chicken feathers and petroleum byproducts. L-cysteine mostly comes straight from China, where regulation is poorly maintained.

Alloxan is found within white flour, and is mainly used to ensure bread has a clean, fresh appearance. There have been studies that proved alloxan destroys beta cells within the pancreas.

The Textbook of Natural Medicine has found alloxan’s effects on the pancreas is so harmful that they call the chemical “a potent beta-cell toxin.”

Despite this, the FDA still allows many companies to utilize alloxan in food processing methods. Luckily, studies have found that vitamin E could reverse the harmful effects of alloxan.

Dr. Gary Null’s Clinician’s Handbook of Natural Healing states that vitamin C can help protect rats from the harsh side effects of alloxan.