A Philosophical Proof for Vegan Ethics 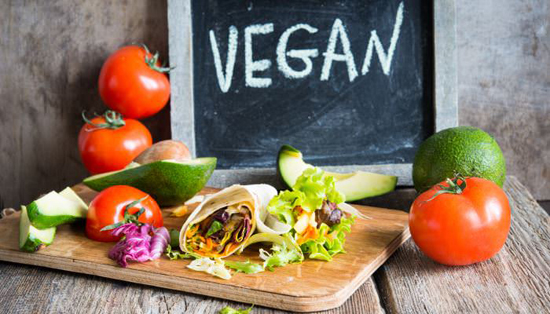 In this article, we will address the ethical argument for veganism using syllogistic reasoning. This article will not appeal to your emotions outright, because our emotions generally follow our decisions about the morality of the topic at hand. Now, we will use logical proofs to make a case for why veganism is more ethical than the exploitation of animals.

From the start, it is important to point out that whether or not you believe, ontologically speaking, morality is intrinsic or whether it is derived from a social contract, we will make the case that to have an internally consistent system for human morality, one cannot exclude animals.

Veganism is defined as the minimization of unnecessary harm caused to animals. We want to define this term clearly up front because vegans are often held to a perfect standard and criticized if there is an unavoidable amount of harm that they cause such as the death of insects in agriculture. Since perfection is an impossible standard, veganism is about striving to minimize this harm as much as reasonably possible.

If lesser value equals worse treatment, humans would be justified in murdering one another.
To formulate a philosophically consistent system of practical ethics that justifies the slaughter, impregnation, enslavement, and exploitation of animals, one must demonstrate a very clear distinction why these acts are immoral to also carry out on other humans.

From this point forward, when we say “killing” we will imply the unnecessary initiation of force because we are not talking about killing out of self-defense or survival.
To argue that killing humans is immoral whereas killing animals is simultaneously amoral, one must name the trait that excludes animals from this universal principle of the right to life.

Put differently, if you hold the position that humans should not be killed because they have moral value, then you must prove that animals do not also have moral value so as to justify killing them.
Carnists, or individuals who support animal slaughter and exploitation, often misinterpret this with the idea that humans are equal in value with animals. Let us dispel this notion quickly because it is a straw man. Most vegans do not actually think that animals are of equal value to humans; however, this value disparity does not justify slaughter. 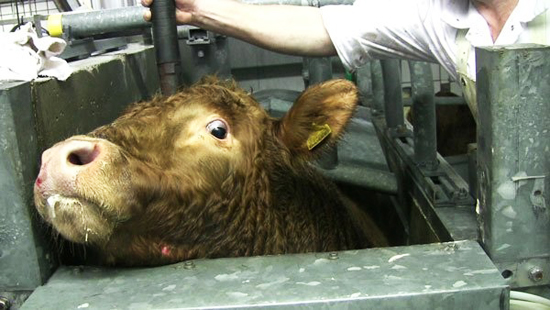 I can value my life more than I value yours, but that does not justify me killing you. It is not contradictory to believe that animals are of lesser value and that we should still protect their well-being.
To give a different example, my BMW may be more valuable than my neighbor’s Toyota, but that value disparity does not justify me vandalizing his car.

When you ask a carnist to name the distinguishing trait that justifies the killing of animals and not humans, a number of faulty examples are named. To be clear, this is a logical consistency test and not a proof for compassion, per se. Let’s examine the common traits carnists put forward one at a time and discover why each one is false by virtue of a double standard.

If you are to argue that bipedalism is the trait, then to be consistent you must exclude amputees from the right to life. This example would also have to ignore the fact that there are other creatures, such as the kangaroo, that are in fact bipedal.
This logical algorithm goes on to rule out the following traits: culture/tradition, civilization, ownership, in-group preference, self-conception, future-conception, convenience, uncertainty, tastiness, nutrition, emotionality, capacity to feel pain, religion, science, philosophy, bred to die, circle of life, feeling grounded, capacity to reciprocate morality, and value, as we already discussed.

Although the science is extremely clear that human beings are anatomically herbivorous, let’s say you reject that data and believe that humans are omnivores. Still, this does not justify eating animals. The ethical dilemma arises due to the fact that humans can live long, healthy lives on a plant-based diet. In other words, humans eat meat for enjoyment, not for basic survival.

To draw a moral imperative from anatomy is an appeal to nature fallacy, which takes the following structure:
Humans CAN eat animals, therefore we SHOULD eat animals.
This dances around the subject of ethics, which is at the heart of our thesis. Moreover, this argument could also be used to justify cannibalism, because without the aforementioned trait, humans are indistinguishable from animals.

If you accept this appeal to nature as part of your argument, then the following statement would be ethically correct:
Humans CAN wage war, therefore we SHOULD wage war. 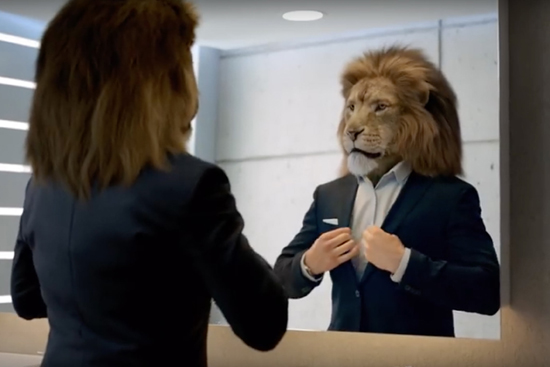 The appeal to nature fallacy also encompasses the concept of moral agency. Often, carnists will argue that because a lion kills its prey, it is moral for humans to kill their prey, too. In this assertion, a non-moral agent (the lion) is being compared to a moral agent (the human) without a hint of irony.
The glaring problem is that we do not hold humans who lack moral agency accountable for crimes, such as toddlers or individuals who are certifiably crazy. This is because toddlers and the mentally insane do not understand the consequences of their actions, and neither do animals. Therefore, this argument does not stand to reason.

Sometimes, carnists assert that a certain benefit was historically derived from animal consumption, such as the misconception that meat consumption was responsible for human brain growth. They then derive as moral principle from this historical benefit.

Evolution does not determine ethical principles. Period. Tribal warfare has been an intrinsic factor in the natural selection of our species for much longer than meat consumption, but this does not morally justify warfare per se.

The Flaw with Subjective Morality

If a carnist rejects morality altogether or claims that morality is subjective, than at the very least they are being consistent. However, they are now rejecting their own right to life and their own preferences can be trampled anytime another person’s preferences clash with their own. 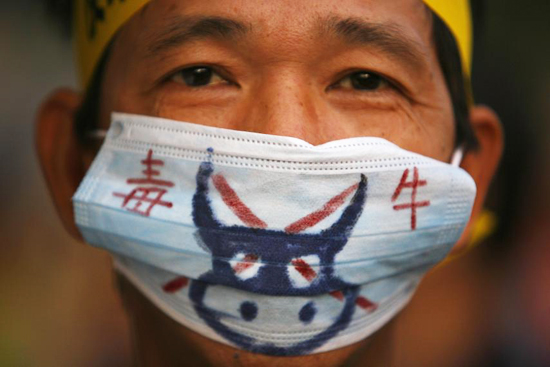 This train of thought is common among post-modernists and nihilists. If someone really wants to make the case for moral relativism, then they must abdicate the ability to criticize veganism since truth and morality are subjective. Therefore, it follows that if you accept an objective system of morality, you can rely on absolute principles to protect your right to life and the right to life of animals.

All too often, cognitive dissonance causes meat eaters to become offended when they are encouraged by vegans to live compassionately. Carnists generally retaliate with a tu quoque fallacy, condemning the vegan for taking the moral high ground. If morality is subjective, how can a carnist logically condemn a vegan for anything?

It’s self-evident to say that animals are not voluntarily consenting to their own murder, enslavement, imprisonment, impregnation, etc. This is demonstrated by their resistance, their cries for help, their fear, postpartum sadness, and so on. There have also been studies that have measured the intelligence and emotions of various farm animals and found that they are remarkably impressive in both.

Often, Orwellian doublespeak is used to describe killing an animal, referring to it as “humane slaughter”. This oxymoron is not only self-contradictory, it exposes the underlying methods and motivations of carnists who seek to justify the heinous act of slaughter through anthropomorphization.
On the one hand, the word “humane” implies that we should treat animals as humans. On the other hand, we should slaughter them.

Is it also humane to put the fear of death into a creature in the moments before they die? Is it also humane for them to witness their family members being slaughtered?
Aside from the obvious contradiction of choosing certain animals to love and protect as pets while discriminating against other species, this idea of humane slaughter is akin to consensual rape or peaceful war. It is not internally consistent. 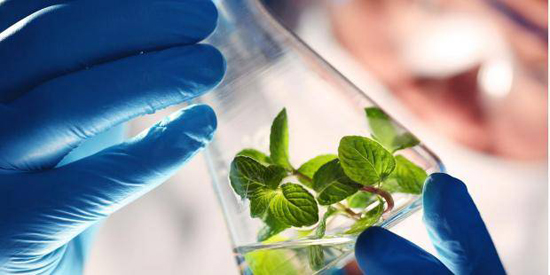 Often, meat-eaters will put forward the argument that plants also have consciousness and vegans cannot claim to be more moral because there is no superiority or inferiority to be ascribed to different types of organisms. They use scientific findings such as the Baxter Effect to prove that plants are also sentient beings. So, let’s go with that and assume that plants are conscious, too.

We need not go any further. Veganism already proves more ethical because infinitely fewer plants are killed if you are eating them directly and are not raising livestock. Also, many plants are not killed when they are harvested. Rather, a portion of the plant is harvested. This includes foods like broccoli, kale, and apples.

If you really want to take the stance that plants are sentient, too, then fruit proves to be the most ethical food because fruit is voluntarily offered by the plant to be consumed for the very purpose of spreading its seeds. It is a symbiotic relationship. The reason plants put so much time, effort, vitamins, minerals, resources, and energy into the production of a fruit is not so that it will fall and rot, but so that animals will be lured into eating it so that they can help the plant proliferate since the plant cannot move on its own.

This is the evolutionary purpose of fruit bearing. Again, the plant would not allocate all of its resources and effort to fruit-bearing for it to go to waste. Nature is not wasteful; it is efficient and optimal. You could say that we are invited by the plant to enjoy what it offers, but not as a free gift. Instead, it is a mutual transaction, or an equal exchange.

If you are still unconvinced that plants want you to consume their fruit (or flowers, seeds, etc.) then look into interspecific competition and the Gause Principle. One particular example is when plants compete to offer the best smelling, brightest, most vibrant and most colorful flowers to attract pollinators.
If we ascribe consciousness to plants, then veganism is morally superior to animal consumption.

All Else Equal, Vegans Are More Ethical Than Non-Vegans 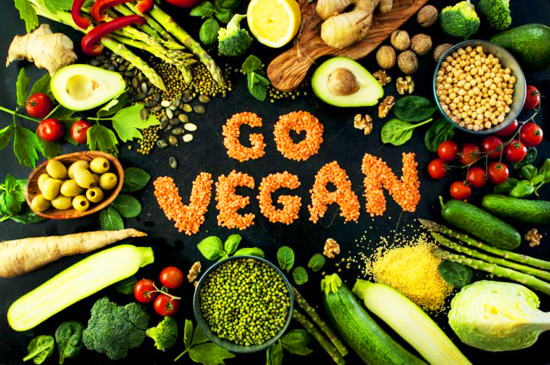 For those that contribute to and support the animal genocide, your actions are not only unsustainable, they are unethical. Now that you have heard the ethical argument for veganism, the impetus is on you to change.
Perhaps this is the first time you have encountered this information. For those who have never been exposed to the truth before, a moral pass can be granted because they were acting on ignorance. However, anyone who decides not to change their behavior after learning the truth is axiomatically unethical.

Meat eaters who dig their heals in and resist the logic and deny the science of veganism are themselves committed more to convenience than truth and they should be called out for it.
Perhaps the greatest improvement any one person can make to their diet and health would be to cut out meat consumption immediately. Perhaps the greatest impact most of us can have on the environment, the economy, and on world hunger is by going vegan. And perhaps the greatest shift we can make as a species is one towards compassion.

Past Presidents of Bankrupt U.S. Corporation Go on ‘Beg-athon’ for Godfather Bush