Another Study Warns About Catastrophic Consequences of Implementing Geoengineering 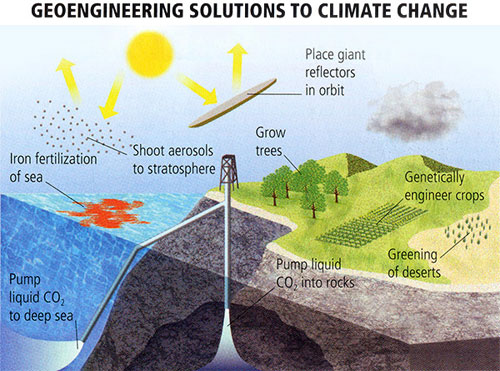 One more study has reaffirmed the potential risks to planetary biodiversity if solar geoengineering programs are implemented and suddenly stopped.
Researchers with Yale University, Rutgers University and the University of Maryland offer a warning against the sudden starting or stopping of controversial geoengineering programs. The researchers warn that efforts to inject aerosols into the atmosphere to combat climate change may end up causing more harm to wildlife, the environment, and humanity. The study, Potentially dangerous consequences for biodiversity of solar geoengineering implementation and termination, was originally accepted by the journal Nature in November 2017 and published online on January 22, 2018.

The researchers write:
“Solar geoengineering is receiving increased policy attention as a potential tool to offset climate warming. While climate responses to geoengineering have been studied in detail, the potential biodiversity consequences are largely unknown. To avoid extinction, species must either adapt or move to track shifting climates. Here, we assess the effects of the rapid implementation, continuation and sudden termination of geoengineering on climate velocities – the speeds and directions that species would need to move to track changes in climate.”

The team found that sudden termination of geoengineering programs “increases both ocean and land temperature velocities to unprecedented speeds” causing “rapid climate fragmentation” in temperate grasslands and forests. Furthermore, the researchers conclude that “rapid geoengineering termination would significantly increase the threats to biodiversity from climate change”. The researchers also state that this change in biodiversity could lead to massive die-offs of certain species.

According to official reports, geoengineering is a type of weather modification (climate engineering) which has been researched, but, until recently, has been considered too unpredictable to attempt on a large scale. According to a 2013 congressional report:
“The term ‘geoengineering’ describes this array of technologies that aim, through large-scale and deliberate modifications of the Earth’s energy balance, to reduce temperatures and counteract anthropogenic climate change. Most of these technologies are at the conceptual and research stages, and their effectiveness at reducing global temperatures has yet to be proven.”

In general, geoengineering technologies are categorized as either a carbon dioxide removal (CDR) method or a solar radiation management (SRM) (or albedo-modification) method. CDR methods address the warming effects of greenhouse gases by removing carbon dioxide (CO2) from the atmosphere. CDR methods include ocean fertilization, and carbon capture and sequestration. SRM methods address climate change by increasing the reflectivity of the Earth’s atmosphere or surface. Aerosol injection and space-based reflectors are examples of SRM methods. SRM methods do not remove greenhouse gases from the atmosphere, but can be deployed faster with relatively immediate global cooling results compared to CDR methods.

For the mentioned study, the researchers used fictional models that assume humanity will begin geoengineering in 2020. According to this model, governments begin by injecting aerosols into the atmosphere along the equator. This practice, known as stratospheric aerosol injection (SAI), involves attempting to reflect the sun’s light by spraying sulfur and other aerosols into the sky. The researchers discovered that if geoengineering were suddenly stopped after 50 years in 2070 the climate would warm by more than a full degree on land in ten years. According to the study, this would cause an increase in temperature three times faster than if climate change occurs on its own at current predicted levels. This would affect regions with great biodiversity the most, including tropical oceans, the Amazon, Africa, and Eurasia. 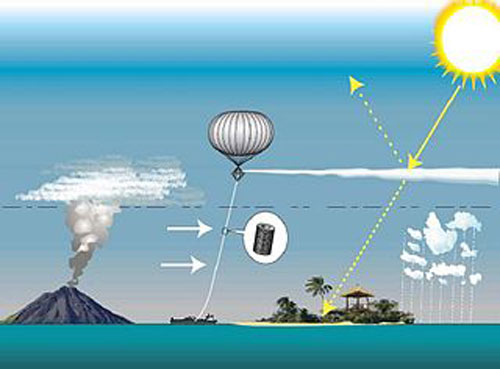 Chris Trisos, a researcher with the University of Maryland, told Environmental Research that sudden termination could occur if governments lose the will to continue the programs once it begins. “The rapid temperature increases from a sudden termination of geoengineering would likely outpace the capacity of many species to migrate to cope with the temperature change, increasing extinction risk,” Trisos told Environmental Research. He also warned that the sudden start of geoengineering could lead to a rapid cooling and potentially reverse the environmental damage seen around the planet.

This study is not the first one to draw attention to the dangers of beginning geoengineering programs. According to a 2013 study published in the Journal of Geophysical Research: “Atmospheres, if geoengineering programs were started and then suddenly halted, the planet could see an immediate rise in temperatures, particularly over land”. Another study published in February 2015 by an international committee of scientists stated that geoengineering techniques are not a viable alternative to reducing greenhouse gas emissions to combat the effects of climate change. The committee report called for further research and understanding of various geoengineering techniques, including carbon dioxide removal schemes and solar-radiation management before implementation. The scientists found that SRM techniques are likely to present “serious known and possible unknown environmental, social, and political risks, including the possibility of being deployed unilaterally.”

In addition, in late October 2016, the United Nations’ Convention on Biological Diversity released a report examining the problems of geoengineering and whether or not humanity will be forced to employ the practice in an attempt to halt climate change. The report, Update On Climate GeoengineeringIn relation to the Convention on Biological Diversity: Potential Impacts and Regulatory Framework, found that geoengineering “would reduce the impacts of climate change on biodiversity at the global level,” but also cause unpredictable rain and temperature distribution on the local level.

The U.N. report states that the effectiveness of geoengineering is “uncertain” and “in reducing the scale of one problem, other new problems would be created. Thus, there would also be risk of the geoengineering action also contributing to other drivers affecting biodiversity loss and ecosystem integrity.” The U.N. concluded that although SRM may possibly slow the loss of Arctic sea ice, but not without “unacceptable climatic impacts elsewhere.” One particular method of SRM involves injecting aerosols into the atmosphere via airplanes. The study found that the use of sulphur aerosols for SRM would be associated with a risk of stratospheric ozone loss. There is also a risk that stratospheric aerosol injection (SAI) would have a small impact on climate change but could lead to negative impacts on biodiversity.