Ninety percent of news media, be it television, radio, print or online, are controlled by six corporations. As a result, the vast majority of what you read, see and hear is part of a carefully orchestrated narrative created and controlled by special interest groups.

When you combine that with other astroturf and public manipulation schemes that hide the identity of these special interests, the end result is, to use investigative journalist Sharyl Attkisson’s term, a Truman-esque fictitious reality, where medical journals, doctors, media and presumably independent consumer groups all seem to be in agreement. The problem is it may all be false.

Attkisson is a five-time Emmy Award-winning anchor, producer and reporter whose television career spans more than three decades. In 2009, she blew the lid off the swine flu media hype, showing the hysteria was manufactured and completely unfounded.

Three years ago, she left CBS to pursue more independent venues of investigative journalism, and wrote “Stonewalled: My Fight for Truth Against the Forces of Obstruction, Intimidation, and Harassment in Obama’s Washington”, an exposé on what really goes on behind the media curtain.

Why Everyone Must Be Aware of Astroturfing

The featured video is a TEDx Talk Attkisson gave in 2015, in which she discusses the methods employed by special interest groups to manipulate and distort media messages. For example, astroturfing, false-front “grassroots movements” that are in fact funded by political parties or private industry, are “more important to these interests than traditional lobbying of Congress,” she says. She explains the term “astroturf” thus:
“It’s a perversion of grassroots, as in fake grassroots. Astroturf is when political, corporate or other special interests disguise themselves and publish blogs, start Facebook and Twitter accounts, publish ads and letters to the editor, or simply post comments online, to try to fool you into thinking an independent or grassroots movement is speaking.

The whole point of astroturf is to try to [give] the impression there’s widespread support for or against an agenda when there’s not. Astroturf seeks to manipulate you into changing your opinion by making you feel as if you’re an outlier when you’re not.

Astroturfers seek to controversialize those who disagree with them. They attack news organizations that publish stories they don’t like, whistleblowers who tell the truth, politicians who dare to ask the tough questions and journalists who have the audacity to report on all of it.”

If you’re like most, you probably rely on certain sources more than others when it comes to information. WebMD, for example, dominates for health information, Snopes for checking the latest rumors and Wikipedia for general facts, figures and details.

Attkisson has a great deal to say about Wikipedia, calling it “astroturf’s dream come true.” Wikipedia is advertised as a free encyclopedia, where information is added and edited by the public. Anyone can add to or edit any given Wikipedia page. Or so they say.

“The reality can’t be more different,” Attkisson says, explaining that many pages have been co-opted and are controlled by anonymous Wikipedia editors on behalf of special interests. “They forbid and reverse edits that go against their agenda,” she says. “They skew and delete information, in blatant violation of Wikipedia’s own established policies, with impunity.”

Even the smallest factual inaccuracies are impossible to correct on these agenda-driven pages. As just one example, in 2012, author Philip Roth tried to correct a factual error about the inspiration behind one of his book characters cited on a Wikipedia page. His correction was repeatedly reversed and, ultimately, he was told he was not considered a credible source!

Worse, a study comparing medical conditions described on Wikipedia with published research found that Wikipedia contradicted the medical literature an astounding 90 percent of the time. So, be aware – Wikipedia is NOT the place for accurate and reliable medical information.

Who’s Who and What’s What?

The extent to which information is manipulated is enormous. Let’s say you hear about a new drug for an ailment you have, or your doctor recommends it, and you decide to research it to be on the safe side. Ultimately, you conclude it is safe and effective because everywhere you look, the information seems to support this conclusion. You feel good knowing you’ve done your homework, and fill the prescription. What you don’t know is that:

• Facebook and Twitter pages speaking highly of the drug are run by individuals on the payroll of the drug company.

• The Wikipedia page for the drug is monitored and controlled by a special-interest editor hired by the drug company.

• The nonprofit organization you stumbled across online that recommends the drug was secretly founded and funded by the drug company.

• The positive study you found while searching online was also financed by the drug company.

• The news articles reporting the positive findings of that study sound suspiciously alike for a reason – they’re reiterating information provided by the drug company’s PR department; hence, you will not find any contradictory information there either.

• Doctors promoting the drug and making derogatory comments about those who worry about side effects are actually paid consultants for the drug company.

• The medical lecture your own personal doctor attended, where he became convinced the drug is safe and efficacious, was also sponsored by the drug company.

How to Identify Astroturf 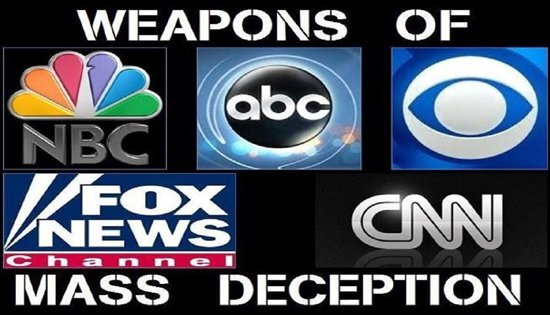 Believe it or not, this is just the tip of the iceberg. The extent of the control and manipulation goes even deeper than this. Even the U.S. government, regulatory agencies and public health organizations are colluding with industry in a variety of different ways.

So, what can people do? How can humans possibly decipher the truth when the truth is so well hidden beneath layers of astroturf? As noted by Attkisson, recognizing the telltale signs of astroturf is key. And once you know what to look for, you’ll start to recognize it everywhere you look. Telltale signs and hallmarks of astroturf include the following:

• Certain key message lines repeatedly crop up. For example, the line “talk to your doctor” is highly suggestive of a PR message for a drug, even if what you’re reading doesn’t look like an advertisement.

• Use of inflammatory and derogatory language. Keywords to look for include crank, quack, nutty, lies, paranoid, pseudo and conspiracy.

• Astroturfers will often claim to debunk “myths” that are not myths at all.

• They will attack people, personalities and organizations rather than address the facts or concerns in question.

• Astroturfers are skeptical of those exposing wrongdoing rather than the wrongdoers. As noted by Attkisson, rather than questioning authority, astroturfers question those who question authority.

A perfect example of astroturfing occurred in 2015, when the American Council for Science and Health (ACSH), a pro-GMO front group, attacked Dr. Mehmet Oz for reporting on the now scientifically established hazards of glyphosate.

Mainstream media swallowed and regurgitated the vicious propaganda without any critical thought whatsoever. Slate magazine publicized the attack with the headline “Letter from Prominent Doctors Implies Columbia Should Fire Dr. Oz for Being a Quack.”

The letter accuses Oz of repeatedly showing “disdain for science and for evidence-based medicine, as well as baseless and relentless opposition to the genetic engineering of food crops.” The letter was signed by Dr. Henry I. Miller and nine other “distinguished physicians.”

What the media failed to address is that Miller is a well-known shill for the GMO industry. In his capacity as its frontman, he was caught misrepresenting himself during the Anti-Prop 37 campaign in 2012, pretending to be a Stanford professor opposing GMO labeling, when in fact he is not a professor at Stanford. The TV ad had to be pulled off the air because of this misrepresentation.

Miller also has a long history of defending toxic chemicals such as DDT, in addition to defending Big Tobacco. He’s even penned articles suggesting radioactive fallout might be beneficial for health, while claiming “Organic agriculture is to the environment what cigarette smoking is to human health” — apparently momentarily forgetting he’s defended the safety of cigarette smoking.

The latest scandal showing Miller’s true colors happened when he was fired by Forbes magazine for submitting articles ghostwritten by Monsanto. The evidence against Miller emerged during the court-ordered discovery process of a class-action lawsuit against Monsanto by people who claim they developed Non-Hodgkin lymphoma as a result of glyphosate exposure (the active ingredient in Monsanto’s Roundup herbicide, used by farmers and home gardeners alike).

The documents, more than 700 pages in all, were posted online by the law firm Baum Hedlund Aristei & Goldman.

Faced with evidence they’d published material under Miller’s name that was in fact ghostwritten by Monsanto, Forbes not only fired Miller but also removed all of his work from their site. Some of the other nine physicians that signed the letter against Oz are also less than distinguished.

As noted by U.S. Right to Know:
“One was stripped of his medical license in New York and sent to federal prison camp for Medicaid fraud. Yet Dr. Gilbert Ross plays up his M.D. credentials in his role as acting president of [ACSH]. Ross was joined on the Columbia letter by ACSH board member Dr. Jack Fisher.

So what is ACSH? Though some reporters treat it as an independent science source, the group has been heavily funded by oil, chemical and tobacco companies, and has a long history of making inaccurate statements about science that directly benefit those industries – for example, claiming that secondhand smoke isn’t linked to heart attacks [or that] fracking doesn’t pollute water.

In short, the attack on Oz was orchestrated not by “concerned physicians” but rather by industry shills whose job it is to attack anyone who embraces a more natural approach to health and/or raise damning questions that might hurt the industry’s bottom-line.

In an interview with Attkisson about her book, “Stonewalled” and the downfall and deterioration of true investigative journalism in 2015 she delves a lot further into the issues brought up in her 10-minute TEDx Talk.

For example, direct-to-consumer drug advertising has created a situation where drug companies in particular wield enormous power over media. The industry spends billions of dollars each year on advertising, and this financial windfall is typically enough for any media outlet to bend to its advertisers’ whims and desires.

Attkisson refers to this as “soft censorship.” It’s when a media outlet’s sponsors wield power at the corporate level over the types of stories and topics journalists are allowed to cover, and the slant they must take when doing so. It’s important to realize that you simply will not get the truth from the media on certain topics for this very reason.