If you’ve been searching for proof that the CDC is in bed with the corrupt vaccine industry that routinely lies to and misleads the American people, then look no further. 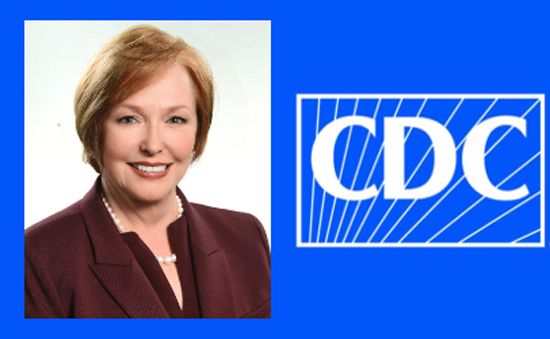 At the end of January the head of the Centers for Disease Control, Brenda Fitzgerald, abruptly resigned after it was revealed that she owned shares of big tobacco companies, as well as a prominent vaccine manufacturing company called Merck, whose products are often promoted by the CDC. This, of course, is a gross conflict of interest, and Americans everywhere should be outraged that the director of the CDC would be engaged in this level of corruption while claiming to be working in our own best interests.

It didn’t stop there, though. Fitzgerald also purchased shares of junk food companies during her time as director of the CDC, which is certainly outrageous but really shouldn’t come as much of a surprise. After all, back in 2016, the director of the CDC’s Division for Heart Disease and Stroke Prevention was caught using her influence to favor Coca-Cola and PepsiCo.

So, to summarize, the Centers for Disease Control is in bed with junk food companies, big tobacco companies and vaccine manufacturers, all while claiming to work in the interests of the American people and “public health.” What a joke.

While most people would agree that tobacco and junk food are not considered to be products that are “in one’s best interest,” far too many people still don’t understand or don’t want to understand the threat that the vaccine industry poses to our country. In February, Natural News published an article on how the vaccine industry is now in panic mode as a result of children dying all across America after receiving flu shots.

The article, which was written by Natural News founder Mike Adams, explains the sheer hypocrisy in the media’s response to all this (or lack thereof), stating that had unvaccinated children been dying after receiving the flu shot, then we would be seeing national headlines like Unvaccinated Children Dying Across America or Flu Shot Saves Children from Deadly Influenza. However, because children dying after getting the flu vaccine doesn’t align with the agenda set forth by many journalists and commentators within the media, it’s hardly covered.

As The Organic Prepper noted, “The dominant influenza strain this year is H3N2. This particular strain has a history of causing more hospitalizations and more deaths. In addition to H3N2 producing a more serious infection in general, this year’s particular H3N2 influenza virus is particularly virulent.”

The CDC’s own statistics state that this year’s flu has killed 44,116 people, including 37 children. This is more proof that the flu vaccine is not some sort of magical “bulletproof vest” that the media and vaccine industry likes to claim it is. Rather, just because you get a flu shot does not mean that you won’t get sick, and in some cases even leads to harmful side effects like a weakened immune system.

As Mike Adams put it, the logic of the vaccine industry and many within the media “demands that you believe in vaccine magic, which requires that you abandon scientific thinking about immunological responses and antibodies. According to vaccine science, your body is subjected to a weakened virus with a very specific RNA protein pattern.” Your body then builds up a defense system and generates antibodies to protect you from that particular protein pattern.

“According to vaccine magic,” Adams goes on to write, “even when they inject you with the wrong protein patterns (attenuated viruses) and your body builds the wrong antibodies, the vaccine propagandists magically claim that it all somehow works anyway.”