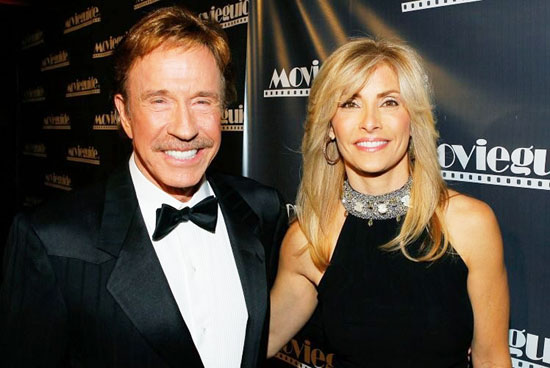 Hollywood mogul Chuck Norris has been receiving a lot of publicity lately. This is all due to the gadolinium poisoning his wife received through her Magnetic Resonance Imaging (MRI), which is a tool that utilizes magnetic fields and radio waves to produce an image of the body’s soft tissue and bones.
They are now suing 11 pharmaceutical companies for approximately 10 million dollars.

Gadolinium-based contrast agents (GBCAs), are injected into approximately a third of 60 million MRIs performed every single year. There are 30 million a year in the United States alone, which means that one in 10 Americans, including children, are receiving this injection.

As Norris explains: “Gadolinium is a heavy metal chemical agent that is injected to enhance the images of a MRI. It is not naturally found in the human body. Its proponents say it is always expelled from the body, primarily through the kidneys. But studies have shown it can be retained in the brain, bones, skin and other parts of the body.”

Studies have raised concern about this in the past. For example, a recent study by Murata et al, Macrocyclic and Other Non-Group 1 Gadolinium Contrast Agents Deposit Low Levels of Gadolinium in Brain and Bone Tissue: Preliminary Results from 9 Patients with Normal Renal Function, added to the already robust evidence showing that when this stuff is injected into human bodies, it doesn’t leave and can end up in the brain and bone tissue. Heavy metals are extremely toxic.

Within recent years, we’ve seen this type of rhetoric from studies on any heavy metal that’s injected. If we look at aluminum, for example, which is one of the most commonly used vaccine ingredients (which is added in despite the fact that there have been no appropriate safety studies), studies have now shown that it doesn’t come into the same methods of excretion compared to when you eat it, or if it’s contained in your water. They even identified the mechanism from which the heavy metal is taken, at the injection side, into distant organs and into the brain.

It looks like we might be seeing the same thing here with GBCAs.
It also highlights shady aspects of the medical industry, and the broken-down process substances or our “medicines” go through to get approved. There is a lot of corruption involved, and a great example (not to mention the recent resignation of the CDC director) is the letter put out by more than a dozen anonymous scientists at the CDC which read as follows:
“We are a group of scientists at CDC that are very concerned about the current state of ethics at our agency. It appears that our mission is being influenced and shaped by outside parties and rogue interests. It seems that our mission and Congressional intent for our agency is being circumvented by some of our leaders. What concerns us most is that it is becoming the norm and not the rare exception. Some senior management officials at CDC are clearly aware and even condone these behaviors. Others see it and turn the other way. Some staff are intimidated and pressed to do things they know are not right. We have representatives from across the agency that witness this unacceptable behavior. It occurs at all levels and in all of our respective units. These questionable and unethical practices threaten to undermine our credibility and reputation as a trusted leader in public health. We would like to see high ethical standards and thoughtful, responsible management restored at CDC. We are asking that you do your part to help clean up this house!”

Similarly, when it comes to GBCAs, “full measure” reported, internal scientific documents from the FDA, that are over a decade old, reveal the agency has known about the potential adverse affects of GBCAs for a long time, but it did nothing about it.

That data concluded that, starting in 2006, there was a “strong association between gadolinium contrast agents and NSF [Nephrogenic systemic fibrosis, a deadly man-made disease].”

Chuck Norris and his wife explain their experience below.