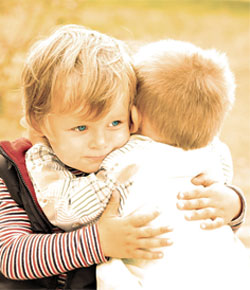 Since the earliest days of philosophy, a question has been pondered and debated, with many of our greatest minds weighing in. What is humanity’s essential nature? Are we intrinsically selfish or by-and-large altruistic? In ancient China, humans were thought to be born pure, and it was the world that corrupted them. We see a similar philosophy taking shape during the Enlightenment among such philosophers as Locke and Rousseau.

For Plato and many to follow, the emotions were what corrupted us. The intellect was our salvation. He compared this lifelong struggle to a chariot. The emotions are the horses. The charioteer serves as the intellect, who keeps the horses in line and steers them. This concept was carried throughout the ancient world until the advent of Christianity and the concept of original sin.

Nietzsche saw compassion as an utter failing. If you were really compassionate, you would wish sickness, difficulty, hardship, and woe on your friends, as these were the only things that helped them develop, making them stronger and smarter. With the advent of psychology, we began to see the environment’s influence and that of our upbringing. Loving parents for instance brought up compassionate children, while self-centered ones bred selfish offspring.

Now, evolutionary science is weighing in, and finds that compassion may have developed as an evolutionary advantage which helped our species survive and thrive. This isn’t a new concept. Darwin himself in The Descent of Man argues that sympathy and compassion are some of humanities strongest traits. Instead, Darwin’s Survival of the fittest was taken to mean that humans are naturally competitive, and overwhelmingly motivated by self-interest. 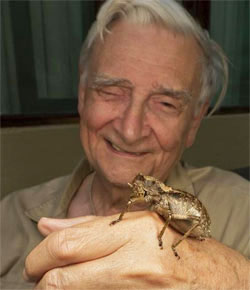 Harvard biologist E. O. Wilson reintroduced the importance of compassion as an evolutionary trait in his 1975 book Sociobiology. He argued that we were imbued with a set of social behaviors meant to aid our survival, and that these have a biological foundation. Wilson’s theory was called “kin selection”. He thought that by working together and helping one another, a clan of hunter-gatherers would improve their prospects, which helped each individual survive. The group benefitted due to this “inclusive fitness”.

Years later, Wilson amended his theory, saying that altruism had a limit. After running a mathematical assessment, he and colleagues found that compassion helped the community, but when it came at the expense of the individual, conflict ensued. Of this Wilson said, “We may be the only species intelligent enough to strike a balance between individual and group-level selection, but we are far from perfect at it.” He added, “The conflict between the different levels may produce the great dramas of our species: the alliances, the love affairs, and the wars.”

Scientists have made great strides in uncovering what they believe to be the biological basis of human compassion. In 2012, in a study published in the journal Brain, researchers at Mount Sinai School of Medicine in New York City declared that they had discovered where compassion resides, in a region of the brain known as the anterior insular cortex. This is the epicenter for what we call the “social brain”. Further research has found that much of the central nervous system contributes to what we consider altruistic thoughts and behavior.

An Emory University study followed the brain activity of participants while they helped someone in need. Researchers found that the areas of the brain responsible for feelings of happiness and reward, the caudate nuclear and the anterior cingulate, were activated when participants came to the person’s aid.

While the “fight or flight” response is triggered by adrenaline which prepares the body to manage danger, oxytocin is released when we act compassionately. This is the “calm and cuddle” hormone that lowers our heartrate and promotes bonding. It is the very same one that floods a mother’s body during breastfeeding, or lovers’ bodies while making love. 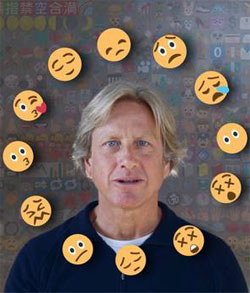 Dr. Dacher Keltner is an expert on compassion. He is a psychologist at UC Berkeley, the director of the Berkeley Social Interaction Laboratory, and author of the book Born to Be Good: The Science of a Meaningful Life. In his book, Keltner states that human gene survival is dependent on compassion and altruistic acts.

Through their research, Keltner and his team have found that the vagus nerve, a long strand which travels throughout the body and is present in the brain, neck, thorax and abdomen, plays a critical role in the physical component of what we call compassion. This is part of the parasympathetic nervous system. Only mammals have this nerve.

When activated, the vagus nerve creates a warm expansive feeling in the chest, which we often associate with altruistic feelings, but also when say, moved by an emotional scene in a movie or a particular piece of music. Keltner and colleagues have found that those who have a high rate of vagus nerve activity at a resting state, report more altruistic emotions. Meanwhile, psychologist Nancy Eisenberg out of Arizona State University found that children with more active vagus nerves were more cooperative.

If you think back to our earliest ancestors, small hunter-gatherer bands must have interacted on a daily basis. So helping someone not only aided that person’s survival. The benefactor would be sure to return the favor, and this exchange of good deeds acted as a social glue, adding to group cohesion, cooperation, and teamwork. 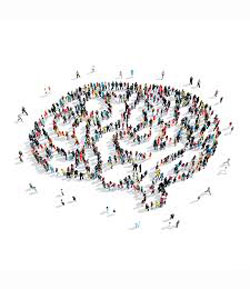 As a result, hunting and foraging efforts improved, and the whole community fared better. The evolutionary advantage of the social brain was more likely to be passed down, as cooperative groups overtook less cohesive ones. Those social and altruistic genes were imprinted and passed on, creating what we now call the “social brain”.

Researchers say those who have damage to the anterior insular cortex have similar deficits in empathy as those with certain psychological, mood, or developmental disorders. Schizophrenia, borderline personality disorder, certain kinds of autism, and many more are among them. Therapies could be employed to make up for a deficit in compassion. Research in this vein may also help scientists find molecular and cellular processes that motivate social functions, such as altruism. Someday we may even coin the term compassion deficit disorder, and have a natural cure for it.