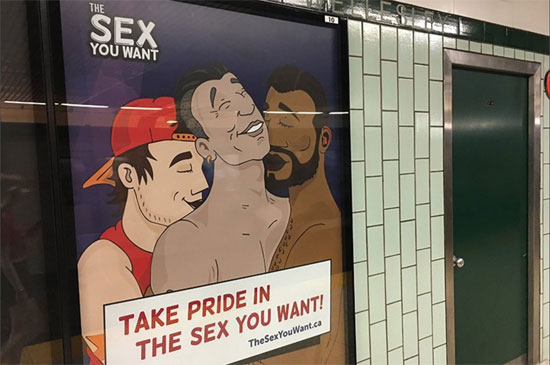 If we needed any more proof that society has gone over to the dark side, this government poster in a Toronto subway promoting gay sexual debauchery is it. In a society controlled by a satanic cult, sick becomes healthy.

The European Christian founding peoples of the West ought to realize they’re under relentless psychological and physical attack by the Illuminati, a satanic cult that has covertly assumed control of all important social institutions: government, corporations, media, education, sports, the “justice” system, police, CIA, FBI, the military, and religion.

Communism did not use armies to invade the West.
The culture war is not a “civil war”, it is an invasion, not by armies, but by subverting all institutions. The subversives are Cabalists, Freemasonry and Organized Jewry manifested as Zionists, neocons, communists, liberals, socialists, feminists, gays, transsexuals, Antifa, indigenous and minorities, migrants etc. The Illuminati central bankers create and fund these constituencies to undermine and ultimately dispossess the founding peoples.

This invasion is satanic possession. These people have been brainwashed and inducted into the cult and are used to induct the rest of society. For example, their reaction to Trump, a deviationist in their own ranks, is cult-like – irrational, hateful, deceitful, vulgar and undemocratic.

We are being dehumanized and inducted into their pyramid scheme at the lowest level. They do not want us to achieve our Godly potential: angels. On the contrary, they want to pervert and corrupt us, make us evil and sick: demons. The NWO is dedicated to serving Satan by inverting good and evil, truth and lie, beauty and ugliness.

A satanic cult controls and exploits its members by making them sick, and managing their symptoms for profit. This is basically the model of Western society which, as you may have noticed, is obsessed with sickness, sexual abuse, war and misfortune. 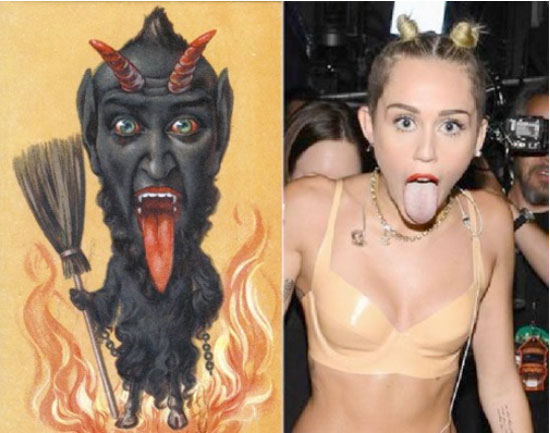 To the extent we devote ourselves to God, we are freed from the world. Satanists would enslave us. That’s why they expunge the word “God” from common usage.
Illuminati member Harold Rosenthal spelled it out: “We have converted the people to our philosophy of getting and acquiring so that they will never be satisfied. A dissatisfied people are pawns in our game of world conquest. They are always seeking and never able to find satisfaction. The very moment they seek happiness outside themselves, they become our willing servants.” (The Hidden Tyranny)

Thus they teach us to seek our identity from the world, to pursue money, sex and fame. They attack the four legs of human identity: religion (God), race, nation, marriage and family (gender).

The bizarre attack on masculinity and femininity continues every day. Recently, the boy scouts announced they will accept girls as cubs. There must be no place where males can acquire skills and behavior characterized as male.
This is because masculinity is “toxic”, a hate-term that is permissible only when applied to people the Illuminati wish to subjugate.

Similarly, now we also have the “day of the girl”. Girls are being brainwashed not to seek fulfillment as wives and mothers but from careers. They are mutating so they can no longer relate to males and vice versa.

Look at the Girl Guides website:
“Girl Guides of Canada. A place where girls:
• lead the way;
• seek new challenges;
• find their voice;
• discover how they can make a difference in their world;
• make friends and have a ton of fun;
• all in a safe, supportive, inclusive space.” 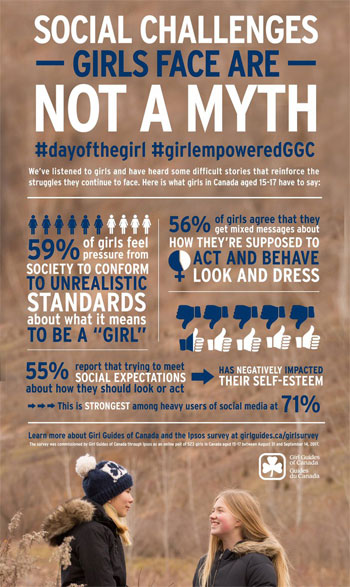 Their survey (above) is all about how heterosexual expectations are oppressive and hurtful. For example, “59% of girls feel pressure from society to conform to unrealistic standards about what it means to be a girl”. Like the desire to be a wife and mother, for instance? Better to import people from the third world to make up the population deficit…

As this demonstrates, the Satanist tentacles of the Illuminati reach into all social institutions.
I can’t think of one important institution opposed to this subversion. Society is indifferent. The closest thing I’ve seen to grassroots revolt in Canada was caused by proposed tax changes for small business and professionals. The fact their children take a sex education course designed by a convicted pedophile does not register in a society that increasingly resembles a satanic cult.

The attack is not just psychological. Some people do die in false flag terror attacks which are designed to justify mass surveillance and the imposition of a police state. Why do you think this is necessary? Because in the future they will do things which might prompt violent rebellion. Possibly, the hurricanes and fires are also concealed attacks, deliberately created?

In conclusion, it’s time we adopted a wartime mentality. We are at war, with a powerful subversive element that has taken over the planet. We don’t have a choice. We and our families are under constant attack.