Deepak Chopra – Can Science Help Us Deal With Death? 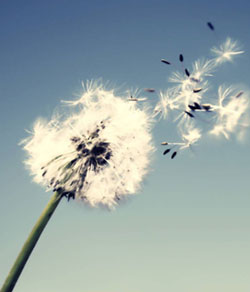 The fear of death always comes at or near the top of people’s worst fears. Some psychologists believe that this is such a potent fear, we push it down into the subconscious in order to avoid it. Yet from its hiding place the fear remains active, re-emerging in times like the death of a loved one, making grief even more painful and anxious.

Avoiding the fear of death clearly isn’t the best tactic. One reason that Elisabeth Kubler-Ross’s famous five stages of dying became so popular is that she gave us a rational framework for handling a once-taboo subject.

Rationality is one of the two ways a person can overcome their own personal fear of death. The starting point for most rationalists, particularly scientists, is to assume in the absence of data from the afterlife that our consciousness is extinguished at the moment of death. In a short video on the subject of “What happens after we die?” physicist Brian Greene takes the position: when you’re gone, you’re gone.

But this isn’t really scientific or very rational. The rational position is that in the absence of evidence on either side of the question, no conclusion can be reached.

Greene offers some consolation, however, by referring to Einstein’s famous quote: “The distinction between past, present and future is only a stubbornly persistent illusion.”

To a physicist, time is static and eternal, which means that the life each person is living now remains intact inside the framework of spacetime. As consolation goes, this is small potatoes, however, since the illusion of being born, living for an entire lifespan, and then dying is how the everyday world works.

Socrates was condemned to commit suicide by drinking a cup of hemlock and, according to Plato, exhibited remarkable calm at the end, even refusing the escape plan to leave Athens proposed by his distraught friends. He explained his calm in rational terms, saying that if we have taken a step every day towards the destination of death, why should the last step frighten us any more than the previous ones? But this seems like cold comfort, too. If the edge of a cliff is a hundred steps away, the last one will be frightening no matter how calm the earlier 99 steps are. 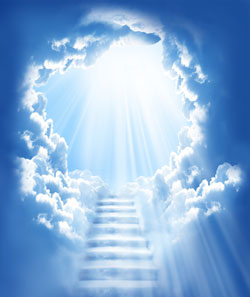 The rational way to approach the fear of death will never be enough, because of the emotional component. But if you can subdue and dissipate the emotional component, rational arguments do apply. Every culture has reported the kind of near-death experiences that have gained wide media coverage over the last forty years. Hundreds of children have been studied carefully who report remembering their past lives, which supports reincarnation.

If this evidence isn’t conclusive, it’s not nonsense either. Being completely skeptical about the afterlife in the absence of solid evidence isn’t rational, because as Deepak Chopra just pointed out, the question is entirely open-ended. There is no proof of the extinction of consciousness, even though that’s the standard skeptical argument. The notion that the mind dies when the body dies is a strong materialist belief, but there’s no hard evidence to support it.

The second way to overcome the fear of death, if rationality can’t do the job on its own, is psychological. Every night we go to bed and the mind is extinguished for seven or eight hours. Sleep is a non-experience. We don’t fear this non-experience.

It isn’t even classified as the scary unknown, because we’ve all gone through the extinction of consciousness thousands of times. Yes, one might object, but sleep is temporary, and this knowledge reassures us. But does anyone actually refer to this knowledge when they get in bed every night? What seems more likely is something much more basic: sleep poses no anxiety because it is a psychological area where fear never gained a toehold.

If that’s true, then the key to overcoming the fear of death has nothing to do with convincing yourself that there’s nothing to be afraid of. Instead, fear of death should be approached as fear, period. The fact that death is the specific object makes no difference. This is more or less the Buddha’s answer. He teaches that a person must solve the entire issue of pain, including fear, not the specific examples of pain. The world’s wisdom traditions seem to agree that fear ends when you locate the place that is without fear, and such a place is inside everyone.

So the goal isn’t to wrestle with the fear of death until you feel calm about it. The goal is to find the place where fear of death is irrelevant. Ancient wisdom traditions teach us that if we make inner Being the reference point of our identity, we realize Being is neither born, nor does it die. Birth and death is only the rising and falling of experience against the backdrop of pure consciousness. 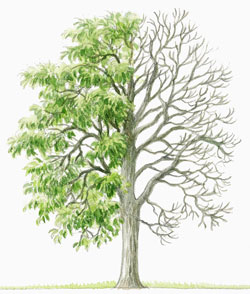 The simple fact is that when you get to the place where fear of death doesn’t exist, you notice that you no longer have the fear, just as when you find your car keys, you have no fear that you lost them anymore. Now that meditation is quite familiar to almost everyone, it should be fairly easy to accept that meditation takes you to the place you want to reach, a deep sense of self that is untouched by fear.

The experience is what counts. Along with the absence of fear, meditation sharpens one’s ability to stay in the present moment. This is another great help, because what makes death so frightening is the anticipation of it.

In a short space most of us can only sketch in the outlines of getting past this deep fear, but at least it’s worthwhile to point people in the right direction. Forget the claims that science or skepticism has proven that death brings total extinction. They haven’t, and besides, whatever the experience of dying will be like, everyone should do their best not to be afraid. A life free of fear is a desirable goal on its own.