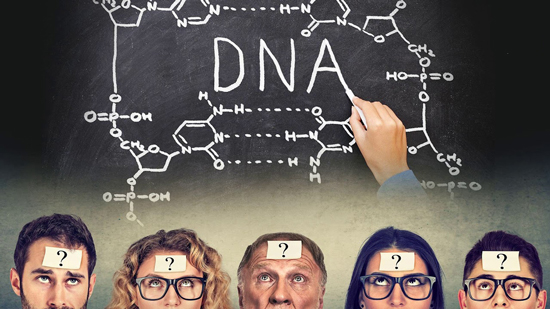 Intelligence could be measured with a swab of saliva, or drop of blood, after scientists showed for the first time that a person’s IQ can be predicted just by studying his or her DNA.

In the largest ever study looking at the genetic basis for intelligence, researchers at the University of Edinburgh and Harvard University discovered hundreds of new genes linked to brain power.

Previous studies have suggested that between 50 percent and 75 percent of intelligence is inherited, and the rest comes through upbringing, friendship groups and education. That figure was calculated by studying identical twins who share the same DNA, therefore any differences in IQ between them must be non-genetic.
But nobody knew which were the “smart genes”.

Now by studying the genetic data from more than 240,000 people, scientists have found 538 genes which are linked to intelligence.
Researchers were even able to predict intelligence just based on a person’s DNA, a breakthrough which could potentially help doctors to diagnose impaired cognitive ability, or allow children to be given a tailor-made education based on their innate abilities.

Dr. David Hill, of the University of Edinburgh’s Centre for Cognitive Ageing and Cognitive Epidemiology (CCACE) who led the research, said: “Our study identified a large number of genes linked to intelligence. We were also able to predict intelligence in another group using only their DNA.”

The study also showed that the same genes which influence intelligence are also linked to other biological processes such as length of life.
Although it is known that intelligent people live longer it was generally assumed that the link was due to social causes, such as a better education, leading to a more well-paid job, which brings a higher standard of living and a healthier life.

But the new research suggests that intelligent people are biologically fitter.
The team also found that genes linked with problem-solving powers were associated with the process by which neurons carry signals from one place to another in the brain.
“We have shown that two biological processes, neurogenesis, the process by which new brain cells are created, and myelination of the central nervous system are associated with intelligence differences”, added Dr. Hill.
“And some of the genetic variants that are linked with an increase in intelligence are also linked with an increase in life expectancy.”

The study’s principal investigator, Professor Ian Deary, also from CCACE, said: “We know that environments and genes both contribute to the differences we observe in people’s intelligence.
This study adds to what we know about which genes influence intelligence, and suggests that health and intelligence are related in part because some of the same genes influence them.”

Previous studies by King’s College London discovered that up to 65 percent of the difference in pupil’s GCSE grades was down to genetics, after analyzing genetic data from 12,500 twins. They found that all exam results were highly heritable, demonstrating that genes explain a larger proportion of the differences between children.
The research was published in the journal Molecular Psychiatry.