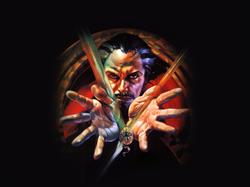 The campaigns of denigration and destruction of the Romanian yoga school, MISA, and its mentor, Gregorian Bivolaru, were ordered from the shadows by the satanic Masonic group. Freemasons manipulate from the shadows the press and television, misinforming systematically and inciting people to excessive hatred and violence.


By a simple analysis of the latest press campaign handed down by the newspaper Adevărul against MISA, one can notice the occult manipulations of the freemasons which control the mass-media. Deceitful and slanderous articles about MISA were published with a specific periodicity on the last Tuesdays of May and June, Specifically the day of Tuesdays is under the sphere of force of the planet Mars, which is associated in astrology with the force of war, argument and surprising attacks. This is more evidence of the fact that masonry actions through its puppet, the newspaper Adevărul, in order to obtain certain destructive effects.

There are countless examples from history in which certain astrological moments were used by initiated freemasons in order to create some maleficent resonance. Freemasonry is a worldwide satanic group continuously using certain esoteric knowledge about the occult forces of nature for their criminal, maleficent purposes.


Freemasonry uses the energies of hell and it is not by accident that the entire satanic Masonic group is under the sign of Scorpio, an aspect highlighted by Juri Lina in his book “Under the sign of the Scorpion”. 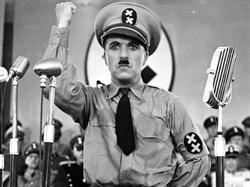 The eighth sign of the zodiac, Scorpio, governed by Mars and Pluto is the sign of murder, destruction and death. The influence of the astrological sign of Scorpio also implies financial control and possession of power to the detriment of the others – how it is in the case of secret organizations, the mob and criminal groups, hostile to any form of authentic spirituality.

Masons skillfully and slyly use every astrological conjunction in order to provoke a genuine psychic assault by the masses, creating currents of hatred, animosity and malice, which are thus directed towards those they attack.

A significant example is that Hitler’s actions were scheduled in this way to take place in the days of the full moon. This aspect was not accidental at all, because then human beings were extremely receptive to these maleficent influences.

Birth of the Soviet Union


The Soviet Empire was founded at 2:04am, on November the 8th 1917, in Petrograd, the Russian capital. From the astrologic point of view, the Sun was exactly in the centre of the sign of Scorpio. Thus the Scorpion may also be regarded as the symbol and guardian of the soviet power. 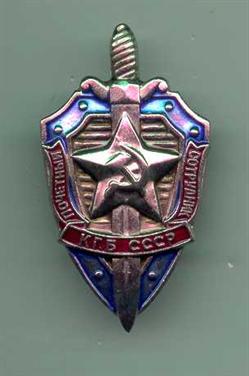 This moment was calculated and waited, which confirms that it was remarkably important. Historical facts show us that the power had been conquered by Bolshevists by November 3rd, but they initiated their famous revolution in the night of November 7th. No historian could logically explain why the Bolshevists waited so long to occupy the winter palace in Petrograd.

The elite that led the revolution, formed from 10 men of which at least about half of them were known to have been high ranking freemasons, were responsible for the performance. Historians tell us that the assault over the Winter Palace was conducted at exactly 2:04. The very first phrase uttered by those who conducted this assault was “Your time has arrived!”

This shows that Bolshevists freemasons were initiated into the secrets of astrology. In order to prevent others from using such knowledge, Bolshevists immediately stated that astrology was a worthless superstition.

The European Union and the Soviet Union – twin sisters


The European Union was also created under the sign of Scorpio, on November 1st 1993. There are a series of striking resemblances between the Soviet Union and the European Union:
– The European Parliament is just organ which has the role of adviser, without legislative powers. Neither the Parliament of the Soviet Union had any kind of legislative power.
– The EU Council is dependant on the proposals of European commissions in order to make decisions. The Soviet Union’s Council of ministries was also unable to make any decision without the directive of Politburo, the central form of governing of the Communist Party.
– EU European commissions are the ones that have the real power and they can take decisions with only 8 of 17 members present. Deliberations are not public. In the Soviet Union, the supreme organ of the Communist Party, the Politburo, normally had 15 members and actually held the real power. Its deliberations were secret.
– On November 1st 1993, when EU was founded, the president of the European commissions, Jacques Delors – a socialist freemason – received much more power than the governments of the member states. All candidates for the position of European commissaries were approved by the president. In the Soviet Union, the general secretary of the Politburo also had such totalitarian power.
– Just as many high ranked European officials are freemasons or members of organized crime networks, a series of high members of the Soviet Union parties were also part of the red masonry lodges or criminal organizations.

War declared on the full moon

Another telling example is that of the high ranking mason, François Mitterand, now French president, who found the most suitable date to set the referendum regarding the Maastricht treaty. This treaty, which is the formal Treaty of the constitution of the European Union, was signed on February 7th 1992 in Maastricht, Holland, by the members of the European Union, entering into use from November 1st 1993. It created the European Union and was the result of the negotiations for monetary and political unification. Ratification of the treaty was realised with great difficulty in the majority of states. In France, the referendum was at the limit with only 51.05% of the voters in favour. In Denmark, the treaty was rejected and in England, after the previous experiences, the people were not even asked, the treaty being ratified in Parliament. It was known that Mitterand knew very well the astrograms of the different members of the socialist government at the time.

Another example is that of mason George W. Bush, president of USA, who on March 18th 2003 (the very day that celebrates the burning at the stake of Jacques de Molay, Great Master of the Knights Templar and when the vow to avenge his death are renewed), a day which was also the full moon, declared war on Iraq.

Mars – the bringer of war 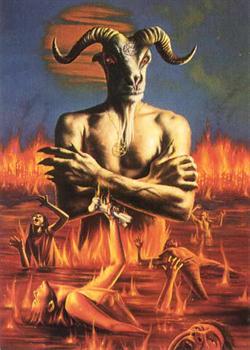 In this context, we can better understand the significance of the fact that the first two articles from Adevărul were published on Tuesdays, May 23rd and 30th and the other two Tuesday, June 20th and 27th. Tuesday, which is governed by the planet Mars is chosen in order to use the effects which imply the subtle influence of Mars.

The planet Mars, considered the Small Maleficent (while Saturn is the Big Maleficent) is also called “the bringer of war”, being associated with the Roman god of war, Mars. Mars is the governor of the zodiac of Aries and Scorpio and its characteristic element is fire. The principle of Mars always is destructive. Beside the destructive tendencies manifested by the sphere of influence of Mars, its other characteristics are the tendencies which are opposed to life and freedom.

It was also not accidental that this press campaign was initiated at the end of May, shortly after the end of the spiritual camp in Herculane. The real motive behind this campaign is the book that was offered as a gift to participants of the International Yoga Symposium, Herculane 2006, called “Dezvăluiri uluitoare despre modul în care este afectată România de gigantica conspiraţie internaţională a Noii Ordini Mondiale” – “Astounding disclosures about the way in which Romania is affected by the gigantic international conspiracy of the New World Order” – by Valentin Manoliu. 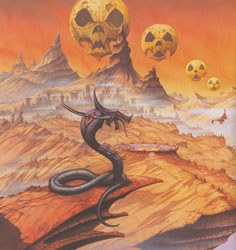 Here are Valentin Manoliu words from this book: “As we can see in Gregorian Bivolaru’s case, members of Romanian and foreign secret services carry out orders given by high ranking freemasons in positions of responsibility which they have infiltrated in key institutions of the Romanian state. These freemasonry leaders have acted from the shadows against Gregorian Bivolaru and MISA Yoga School in order to succeed as quickly as possible to break-up and destroy this school, which continues to disturb them very much”.

Dr. Leonard Horowitz’s article “Astonishing conclusions regarding a previously programmed epidemics as ordered from the shadow by world freemasonry”

Avian flu: Pandemics diabolically scheduled from the shadow by freemasons

You can find information concerning freemasonry and its criminal schemes on the following websites:

31st March – The day of tenacity