You need some ‘me’ time: Experts say 15 minutes of solitude every day eases stress and anxiety 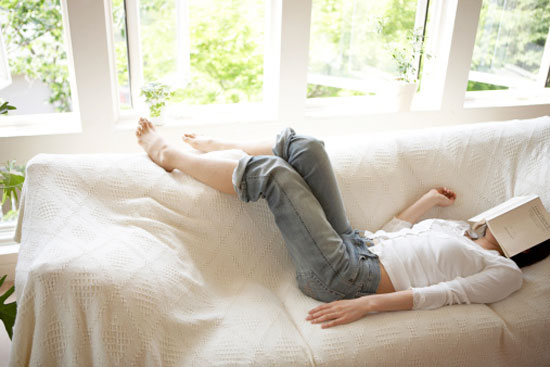 The fast-paced nature of life can wear you down, and stress caused by work and other matters can negatively impact your physical and mental health. However, according to a recent study, taking 15 minutes of “me” time daily can help manage your stress and anxiety.

Spearheaded by the University of Rochester, the study involved four different experiments. The researchers analyzed the data after a group of at least 350 people were asked to spend some time alone. Based on data from the experiments, the exercise can help individuals feel a sense of calm and peacefulness, regardless if the 15 minutes were spent meditating or reading a book.

Having alone time, especially if done by choice, can significantly decrease one’s anger, anxiety, and stress. But the downside of this exercise is a feeling of loneliness, which often sets in after 15 minutes. The researchers suggest thinking positive thoughts to help deal with this feeling.

Thuy-vy Nguyen, who led the study, said: “The set of studies suggested that people can use solitude, or other variations on being alone, to regulate their affective states – becoming quiet after excitement, calm after an angry episode or centered and peaceful when desired”.

While people often think of solitude as “slow” and “unexciting”, loneliness negatively affects our health now more than smoking. The study determined that spending 15 minutes of alone time can help individuals cope with stress and anxiety, and the exercise can also able help one find inner peace.

The study on “me” time

In the first experiment, 114 people were asked to sit alone for 15 minutes. This reduced their positive active emotional states, like excitement and interest, compared to 15 minutes spent conversing with someone. After answering a questionnaire, the participants were “also less likely to feel negative active emotions” like distress, irritability, or the jitters.

For the second experiment, 108 participants either mulled over their thoughts or read a book for 15 minutes. They then reported feeling more calm and relaxed afterward. However, the group also “felt more lonely and sad” which was addressed in the third experiment. By thinking positive thoughts, one can deal better with negative thoughts, especially those connected to their passive state.

In the fourth experiment, 173 people spent 15 minutes alone daily for one week, then they spent another week without alone time. In both cases, the group was asked to keep a diary.

While two-thirds of people spent the 15 minutes thinking, planning, or making mental “to-do” lists, at least one in seven didn’t do anything. The rest focused on breathing or simply studied their surroundings.

The participants who didn’t want to be alone answered that they did so “because I was told to be by myself” in the questionnaire. Not surprisingly, these same participants reported having lower life satisfaction. The others who chose to be alone reported that they “enjoy[ed] the time to be by myself”, felt less stress, and were more satisfied with their lives following the experiment.

The study, which was published in the Personality and Social Psychology Bulletin, reported that alone time can help reduce positive and negative “high-arousal” states such as excitement and anger. However, it also increases positive “low-arousal” states experienced when there are little to no emotional cues around, like peacefulness and relaxation.

The authors shared: “This research confirmed that solitude decreased high-arousal positive affect such as excitement.” They continued: “Although one might typically not want to decrease positive affect, there are times when one is over-energized or excited so that deactivation could be settling and pleasant, for example, when one wants to go to sleep.”

The researchers also reported that based on their studies, solitude can help deactivate “high-arousal negative affect” and that individuals are “less angry and anxious” after 15 minutes of alone time. The team concluded: “Solitude can help in this way as well. And solitude also leaves people more relaxed and calm, depending of course on the situation.”

Tips to deal with stress and anxiety

If you’re feeling overwhelmed and stressed, try these tips to handle anxiety:

Exercise more – Aside from helping you stay in shape, dedicating yourself to a “non-obsessive” exercise routine can help improve your mood, enhance self-esteem, increase energy levels, and reduce stress. When you exercise, your body releases chemicals called endorphins which causes euphoric feelings.

Get enough sleep – Not getting enough sleep at night can increase feelings of stress, anger, sadness, and exhaustion, so make sure you get at least seven to eight hours of sleep.

Try not to worry too much – Anxiety can cause “excessive worry, nervousness, dread, upset stomach, or difficulty breathing” and to manage this feeling of being overwhelmed, you first need to acknowledge what you are going through. You may feel helpless right now, but don’t forget that your anxiety will pass.

How Strong Is Your Intuition? It Might Be The Highest Form Of Intelligence