Endgame: Disclosure and the Final Defeat of the Cabal (10)

Read the ninth part of the article 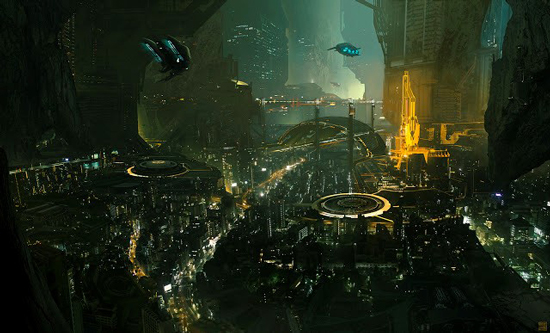 We (David Wilcock and his team) also have five different major categories of groups that are now feeding us intel and requesting our assistance. We will learn more about each of them as this update goes on.

Each of these groups is fighting as hard as they can to transform our planet, and have suffered horrible casualties along the way:

1. The Earth Alliance. This is the group Dr. Pieczenik spoke on behalf of in the previous part of the article. It is comprised of brave fighters in 15 of the US intelligence agencies, and many international factions.

2. The MIC SSP (military-industrial complex secret space program). This is a series of factions that believed they were the “only game in town” up until recently. They are about to be publicly revealed.

3. The SSP Alliance. This is a breakaway group within an SSP that is much more advanced than the MIC version. The SSP is controlled by the Cabal, but the SSP Alliance is definitely not.

4. The Inner-Earth Alliance. There are several different human ET civilizations living in huge caverns beneath the Earth’s surface. Each racial type we see on earth appears in these groups.

5. The Sphere Being Alliance. This is a group of super-advanced ETs that have been called “The Guardians” and manage the spiritual and physical affairs of entire solar systems.

It is not easy to have requests consistently coming at us from all five of these different groups, with the message always being that each new piece of intel is extremely urgent to disclose.

We keep getting pounded with obstacles and challenges while trying to navigate and meet these expectations.

Despite periodic lapses in both of our productivity levels, Cosmic Disclosure has continued to come out with a new episode every week, uninterrupted.

We (David Wilcock and his team) are now under direct attack by the Cabal, as they are trying to wipe us out of existence with a total internet blacklist.

Gaia has several weekly shows, with more on the way, as well as over 7,000 unique pieces of inspirational and truth-telling media to watch.

What we are hearing from various insiders now is that the Cabal is on the verge of total defeat – for the first time in our entire global history.
The Alliance has become ever-increasingly powerful as more and more people defect to it.

The Cabal knows they are out of time and as of right now, they have largely completed their negotiations on how they will surrender.

At the same time, the Cabal has dirt on the Earth Alliance that they do not want to see go public. Therefore it has turned into more of a truce, where we will get part, but not all of the truth.

This is what we have been calling Partial Disclosure. We are against this happening and will continue fighting for Full Disclosure, which will be much better for everyone.

Hundreds of thousands, if not millions of people are aware of what we’ve disclosed, and no one has freaked out about any of it. The excuse that “you can’t handle the truth” is nonsense.

The SSP Alliance, Inner Earth Alliance and Sphere-Being Alliance are all pushing for Full Disclosure as well, which they call the “Optimal Temporal Reality” for our future.

What is partial disclosure shaping up to look like?

The Partial Disclosure plan includes some admission of wrong-doing, an outing and punishing of mid-level people, and a beneficial global financial reset.

The cosmic aspect of the plan appears to involve three key revelations, perhaps in different stages:

1. A formal, public disclosure of the MIC SSP. They have two large, cloaked orbital platforms, flying black triangle craft, and the ability to travel throughout our solar system.

2. The unveiling of ancient, high-tech ruins in Antarctica that have been recently excavated. This will prove that “Atlantis” was very real, and far more advanced than we thought.

3. The revealing of extremely ancient ruins – over 1.8 billion years old – within the Earth and throughout our solar system, often made of a crystalline transparent aluminium alloy.

Although this sounds pretty awesome, and would be a great leap forward, this is still only a “Partial Disclosure” that leaves gaping holes in our understanding.

Another potential plan that is in the “optional” category involves the possible disclosure of a single ET group known as the “Tall Whites”. This is the group that Charles Hall and others have met up with. 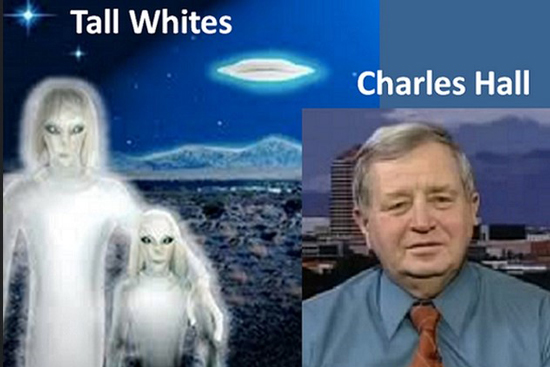 The Cabal might try to introduce us to this group, explain they have been around for a really long time, and hope that they can get us to follow a mystical new religion offered by these beings.

This would definitely not be in humanity’s best interest.
The rapidly-escalating downfall of high-level elite human trafficking rings is bringing these issues to the immediate forefront. The Cabal has run out of time – and they know it.

For many years they have planned on using a partial disclosure to distract and inspire the public if the full nature of their crimes were to become known.

The details have all been laid out

Much of the history and scientific research to support this data, as well as the Full Disclosure version, was written into the book The Ascension Mysteries in an effort to help the Alliance groups.
The partial disclosure scenario may not include any active ET life operating around us today.

The MIC SSP’s party line will be that apart from ancient visitors, or perhaps an occasional “Gray” or “Tall White”, we are alone. 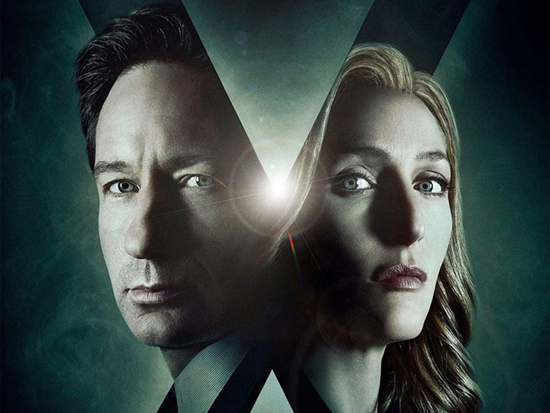 The first two episodes of the recently re-booted X-Files TV show were a veritable blueprint for the “partial disclosure” of the MIC SSP and its entire belief system.

The MIC SSP does not have the technology to travel outside our solar system, so we would still be kept in a box – just a slightly larger version.

The SSP has much greater technology that could heal our planet. The Cabal could still secretly pursue their depopulation agenda as the partial disclosure unfolded over a 50 to 100-year period.

The Cabal is hoping to re-brand itself as the “good guys” as this partial disclosure scenario rolls out. It is their last and only chance to save their agenda.

The secret space program (by Corey Goode with David Wilcock)

By now you probably are aware that I, Corey Goode, am a 20-year veteran of a Secret Space Program (SSP) that has technology vastly superior to anything we see in the open world.

David Wilcock had been gathering a variety of insider testimonies for nearly 20 years when I began disclosing everything I knew to him in October 2014.

He was able to validate my testimony by having heard many of the same things from other high-level insiders, at Cosmic Top Secret level and above.

The majority of this insider testimony was completely off the public record and did not appear anywhere online, nor in any alleged fiction in the public domain. 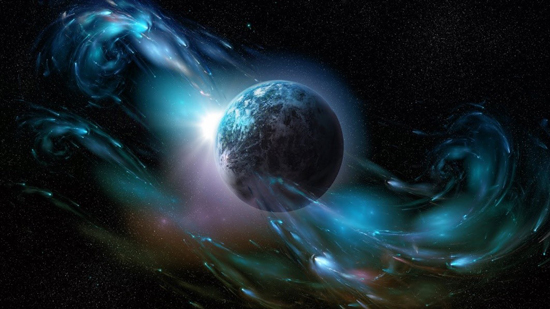 There were so many points of correlation that we stopped counting somewhere after identifying about 60 different highly specific examples.

David’s knowledge of hyper-classified intel similarly convinced me that he was in contact with people who had experienced the same world that I had.

He gained these contacts through being a highly public scholar in UFOs and alternative science who had proven, over many years that he could be entrusted with confidentiality.

It is hard to imagine

The level of secrecy involved is so high that it is hard for most people to even begin to imagine the world of the SSP.

An experience inside a true SSP base, on Earth or elsewhere in our solar system, would appear very similar to a scene from the movie Men in Black or Guardians of the Galaxy. 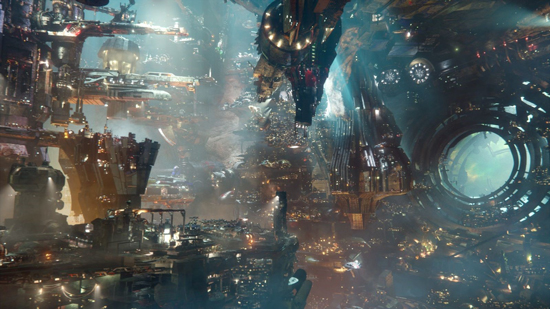 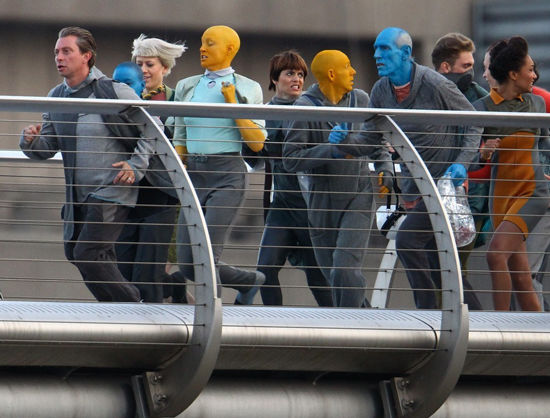 An ever-increasing number of seemingly fictional movies, television shows and video games are preparing us for an eventual disclosure.

Some groups on Earth have been aware that we are not alone, and have remained in active contact with extra-terrestrials, for thousands of years.

Many more became involved when the Germans developed flying saucer technology, with ET assistance, in the 1930s.
A vastly interconnected “breakaway civilization” has since developed, almost completely without any public awareness.

William Tompkins was unaware of me or any of my testimony when he wrote Selected By Extra-terrestrials.

Ours has strictly been an Internet-based story, and Tompkins is a 94-year-old veteran who is not online.

During WWII, he debriefed 29 different US spies embedded in the German SSP at the time.
There are many astonishing points of correlation between what the two of us are saying – again, far beyond any likelihood of chance.

Interviews with Tompkins were conducted for Gaia before he knew anything about my testimony, but it all lines up beautifully.
There are several episodes where we compare these knowledge bases, and the results are very surprising.

I had basically been “out of the loop” in the SSP since the late 1980s, except for a number of encounters with them in the 1990’s and early 2000’s that were all very brief missions.

Much to my surprise, I was brought back into this world approximately four months after David and I began comparing notes.
I was taken to a base on the Moon that I was already familiar with, entitled the Lunar Operations Command or LOC.

By this point, David had gathered the bulk of my testimony together and had thoroughly briefed the senior management of Gaia on the story.
I was quite surprised to discover that an Alliance had formed within the SSP that wanted to share their remarkable technology with the general population of Earth.

This Alliance partially arose out of the SSP faction I worked within, known as Solar Warden.
There are a total of five different SSP factions, and Solar Warden is made up of members from all five of them.

The “Solar Warden” code name was also discovered by the hacker Gary McKinnon and was independently verified by William Tompkins.


Read the eleventh part of the article