What He Did Then, Was Revealed Only 22 Years Later 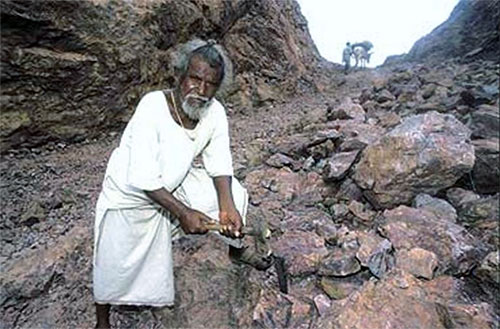 Dashrath Manjhi spent all his life living in a small Indian village. He and his wife were not rich, but they felt so because they had each other.

One day Dashrath’s wife got so sick, she needed professional help. The couple had to walk 80km to the nearest town. They wanted to get there as fast as possible, but the road was treacherous, they also had to go around a mountain on their way to get to the doctor.

Unfortunately, his wife didn’t make it to the doctors.

The loss of his closest person was hard to handle for Dashrath. He didn’t know how he would move on without her. Crazed with grief, he came up with a plan. He spent the next several days in search of necessary instruments. The plan was to dig away that mountain, piece by piece, and to build a short road to the nearest town. He didn’t want the tragedy to repeat to any of people who lived in his village. 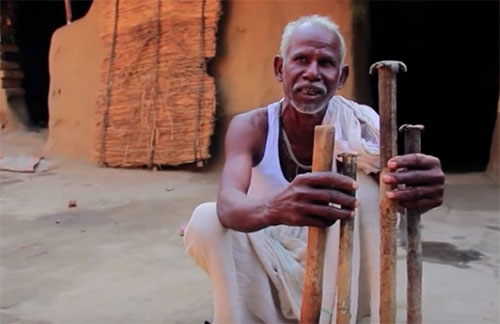 Dashrath’s son is in this photo, showing his father’s instruments

Day by day, Dashrath dug that mountain. His goal was to help his village. At dawn, he went to the mountain and came back at night all tired.

It became a ritual he repeated every day till the day he passed away in 2007. People thought he was a crazy man who disappeared up the mountain every day with his hammer. Only after his death, they discovered what he had been doing. 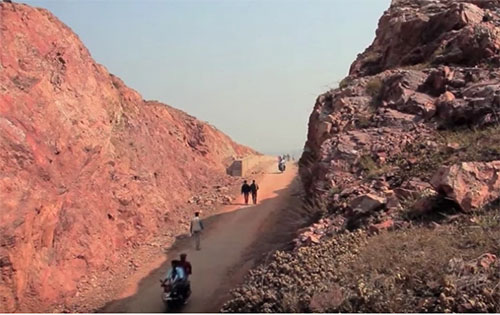 His work is hard to believe. For 22 years he had managed to dig a passage! Before, it took 80 km to get to the nearest town. Thanks to that “crazyˮ man in the present the road takes only 4 km.

People can get to schools or hospitals in just an hour! Ashrath’s work changed the lives of everyone in his village. Children received a chance to go to school, adults found better jobs in the town!

“Dashrath died as a frustrated man, and his work has never been recognized or awarded, but people today remember him, and he inspired many”, commented one villager.