When it comes to publishing truth, the alternative media is becoming the new mainstream media. We not only get it right, but we’re not afraid to tell it like it is. And that includes so-called controversial subjects like forced vaccination.

The establishment press, meanwhile, serves as little more than an echo chamber for establishment medicine and Big Pharma. That’s why legacy news agencies continue to push vaccines and those who create them as legitimate – even when they’re not. Talk about fake news.

Consider the following as examples of the media’s inability to be honest about vaccines:

The Wall Street Journal has been caught engaging in some reckless reporting the previous fall when they allowed millionaire vaccine industrialist Dr. Paul Offit, MD, to publish an opinion piece. In it, he alleged that the rise in respiratory infections was tied to a decrease in vaccination rates. Needless to say, Offit heaped praise on the efficacy of vaccines, while leaving out this small, but important, detail: he made his millions developing vaccines.

The mini-biography at the conclusion of his piece conveniently left out this massive conflict of interest, notably that he is the inventor of the rotavirus vaccine RotaTeq, now recommended by the Centers for Disease Control and Prevention to be given universally to all infants.

Offit claimed that the rise in whooping cough, mumps and measles infections is due in large part to falling vaccination rates. But a closer examination found that this isn’t the case at all. 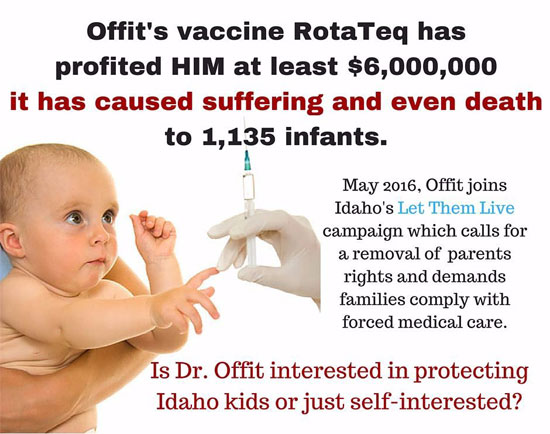 Researchers have noted that since the early part of this century, some of those receiving the mumps vaccine are still coming down with it. In April 2014, a mumps outbreak occurred at the Stevens Institute of Technology, but all of those who were infected had been fully vaccinated with two documented doses of the MMR shot.

So that would mean one of two things: either the vaccines are losing their efficacy, or they never really worked in the first place. But to suggest that more kids should be vaccinated anyway – as Offit did – is thoroughly dishonest, especially without revealing who he really is.

In May 2015, we reported that Richard Pan, a California state senator who is a pediatrician by training, was caught taking campaign money from Big Pharma firms. And while that in and of itself might not be alarming, Pan was, at the time, pushing legislation through his chamber that would make it mandatory for all parents to vaccinate their children.

The legislation eventually passed and was signed into law.

“I’ve personally witnessed the suffering caused by vaccine-preventable diseases, and all children deserve to be safe at school,” Pan said, as reported by Reuters. If that’s true, then no doubt he’s also witnessed the “suffering” experienced by children who have adverse, dangerous reactions to vaccines.

But no matter. His connection to the Big Pharma donations was never made public by the establishment media and, given his role in the passage of vaccine tyranny, it should have been. 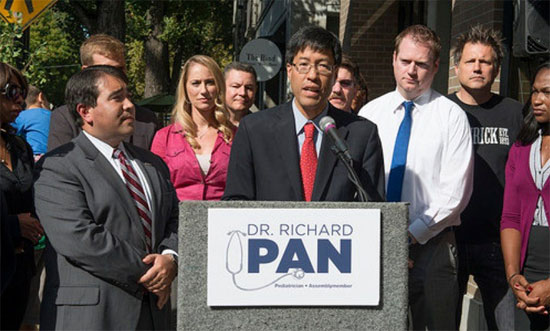 And speaking of vaccines, the establishment press has regularly denied any suggestion that they are tied to an increase in autism rates – even though the government’s own documents prove it.

As we reported in September 2014, documents that were hidden from public view for decades, prove that the MMR vaccine can indeed lead to higher incidences of autism. And in March 2016, a Food and Drug Administration document also revealed the connection.

But that got virtually no coverage at all by the lapdog establishment media, which depends on Big Pharma ad dollars to remain in business.

So, the next time you hear someone in the legacy press complaining about “fake news” leading to this political outcome or that, just remember who actually reports facts because they are facts – those of us in the so-called “alternative” media.