Fasting is the new frontier in longevity research 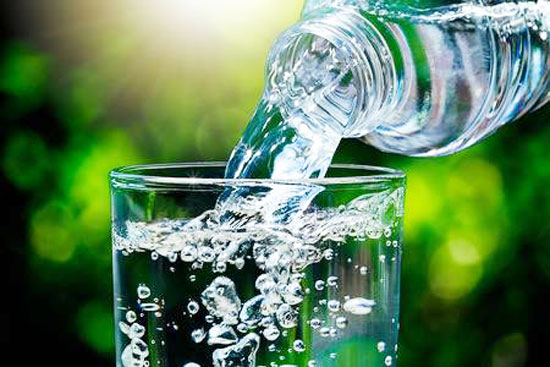 People have been losing weight by counting calories for years. But some recent medical studies are trying to prove that if you want the ultimate benefit of better dietary habits – less diseases and a longer life – your body may need to think you’re eating less often, too.

Longevity scientists are studying food fasting to find out if regular periods of going without any food, or making your body think you are going without food, could be a key to lengthening the human lifespan.

“When you consume calories also plays a role”, said Sebastian Brandhorst, data analyst at the Longevity Institute, based at the University of Southern California, who is involved in pioneering studies with what is called the fast-mimicking diet (FMD), a way to eat that tricks the body into thinking that a person is fasting.

Backers of the research say the results are encouraging. Under the direction of the Longevity Institute’s Dr. Valter Longo, a fasting diet has been tested on yeast, rodents and a small group of humans. The effects produced lead researchers to argue for larger clinical trials in humans. Longo also has launched a for-profit start-up business, L-Nutra, to sell the fasting diet to the public.

The yeast test was the closest to actual fasting. Researchers moved yeast between a nutrient fluid diet to water every two days. The results showed that prolonged fasting in yeast resulted in a longer lifespan.

The research institute also put rodents on a fast-mimicking diet twice a month for four days. At the end of each fast-mimicking diet period, blood glucose levels were 40 percent lower, a finding the study’s authors suggest may show that fasting can help with diabetes and other degenerative diseases. The results, published in Cell, noted that the mice, even after returned to a regular diet and biological readings, still had less tumors, inflammation and other health issues associated with age.

In a small study of 71 people, the fast-mimicking diet didn’t just reduce body weight and body fat, but decreased the body’s production of the IGF-1 hormone, which has been implicated in cell processes that lead to aging and disease. The study’s subjects also showed a decrease in C-reactive protein – that’s notable because it is a marker for inflammation, which in recent years has been implicated in a range of diseases, from heart disease to cancer. The results were published in Science Translational Medicine earlier this year. The Longevity Institute has funding from the US National Cancer Institute.

Even though people can eat on the diet, it tricks the body into thinking a fast is occurring. Here’s how researchers know that’s the case: fast-mimicking diet triggers the same three responses as fasting from the human body: lower levels of IGF-1, lower levels of glucose and an increase in ketone bodies, which are molecules sent to the brain to use as energy during times of starvation.
Mimicking fasting over a five-day period allows the body still to receive micronutrients from vitamins and minerals they wouldn’t get if they stopped eating altogether. That’s a key to the fast-mimicking diet approach, especially if more human trials are to occur and, ultimately, the concept be embraced by consumers. While calorie restriction or changes in dietary composition can enhance healthy aging, most subjects will not stick with chronic or extreme diets, which come with adverse side effects.

Dr. Longo founded the company L-Nutra based on these results and now sells the five-day fast-mimicking diet called Prolon (for pro-longevity), which has become popular in Silicon Valley, where fasting diets have been trending.

The benefits of the broader fasting concept known as “episodic” or “intermittent” fasting, has found fans in Hollywood, including Jimmy Kimmel and Benedict Cumberbatch.

“It was just bearable enough for me to get through”, said Erin Van der Meer, a 29-year-old from Sydney who now lives in New York City and who tried fast-mimicking diet in late May 2017 after reading about the longevity benefits.
Van der Meer said the diet was challenging on day two. She felt hazy and “didn’t have anywhere near the brain power she needed to do her work”. She said she didn’t think she could have made it through a movie without falling asleep, and she had to cut out five days without any socializing. Van der Meer lost about eight and a half pounds in the five days she did the diet, and she is looking to do it again. “Right at the end I had this incredible feeling. … I felt that I had a clarity in my mind I hadn’t had in a really long time”, Van der Meer said.

It’s not cheap: the Prolon diet comes at a cost of $300 a week. Once on the fast-mimicking diet, people receive individual boxes containing food for a fasting period of five days once a month. They can combine the contents of the box in any way they choose. The boxes are low in calories, sugars and protein but high in unsaturated fats. Included are plant-based energy bars, soups, a variety of snacks (e.g. olives), drinks (e.g. hibiscus tea) and supplements (e.g. plant-based omega-3 fatty-acid oils and vitamin powders), with a total daily caloric intake between 770 and 1100 calories.

There’s still a long way to go until data on humans and fasting provides stronger scientific evidence, and there are hurdles in the way, namely, the ethical boundaries on designing studies that limit the food humans can eat. But two broader studies on nonhuman primates performed at the National Institute of Aging and at the University of Wisconsin Primate Center in Madison include an intriguing clue as to the role fasting-like conditions could play in longevity.

Rhesus monkeys are the pioneers in eating and aging research 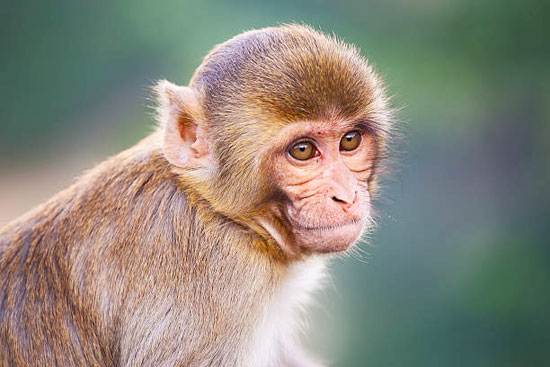 The two studies conducted by the NIA and UW are considered the pioneers in research on eating and aging. These studies, which have been conducted for decades – and continue to this day – restrict the calories that the monkeys can eat. Rhesus monkeys were used in the experiments because they age in a similar way to humans and share 93 percent of the human genome.

For many years the studies were considered inconclusive in finding a link between calorie restriction and aging because their results conflicted. Even though one of the monkeys in the NIA study set a longevity record for its species at 43 years of age, overall the NIA study did not find greater survival among the monkeys. That contradicted the Wisconsin study in which the monkeys did live longer.
But that changed this year. After researchers from both studies compiled their methods and data – and identified key differences – they concluded the link between caloric restriction and survival rates is valid.

Most important to fasting researchers: unfinished food was left overnight in the NIA study, which the monkeys sometimes ate. By contrast, the Wisconsin monkeys always ate everything at their second feeding, and were “food deprived overnight”, according to the results of the study in Nature Communications.

Julie Mattison, the third-generation principle investigator of the NIA study, says that the differences in study methods and results have opened avenues for scientists to further explore how nutrition can play a role in extending a person’s life and how long a subject should go without eating food.
The Wisconsin monkeys were not just healthier overall: “We have seen an increase in life expectancy”, said Joseph Kemnitz, one of the investigators at the university’s primate center who launched the study.

Seven Wisconsin monkeys eating less calories are all still alive. Only one of the monkeys on a regular diet still lives. The calorie-restricted Wisconsin monkeys faced significant decreases in chronic and age-related diseases, such as cancer, endometriosis in female monkeys, cardiac disease and type 2 diabetes. The chances of the monkeys getting adenocarcinoma of the colon was reduced “by about half”, Kenmitz said. They were more active as well.

Researchers can’t say today that the food restriction played a role in higher survival rates – they simply don’t know. And other differences in the studies were concluded to have played a more well-defined role. The NIA monkeys ranged in age from very young monkeys to older monkeys. The Wisconsin monkeys started at age seven. Age, it turns out, is itself an important factor in the study of eating and aging.

Eating less is beneficial in adults and older primates, but is not beneficial for younger animals – in fact, it might decrease survival rates, the studies concluded. That should give hope to any adult who has yet to take control of their dietary habits: aging itself presents a reasonable target for intervention, the scientists concluded.
With all of the progress made on caloric restriction in recent years, there is still much more scientists don’t know about how the way we eat influences aging and disease. In fact, it was not until recently that scientists had an idea of how caloric restriction actually influences the aging process.

A Temple University study published in Nature Communications investigated a type of genetic change, DNA methylation, that occurs throughout cells in the body and that has been shown to roughly reflect a person’s age. Monkeys on a calorie-restricted diet showed the same patterns of DNA aging as monkeys who were seven years younger but had eaten normal diets. In mice, the aging “reversal” was even greater.

There is still much to learn about all of these biological processes and eating, but Kemnitz provided one basic piece of advice. “If you feel hungry, you are probably improving your health”.

Toxic Exposure: Chemicals are in Our Water, Food, Air and Furniture