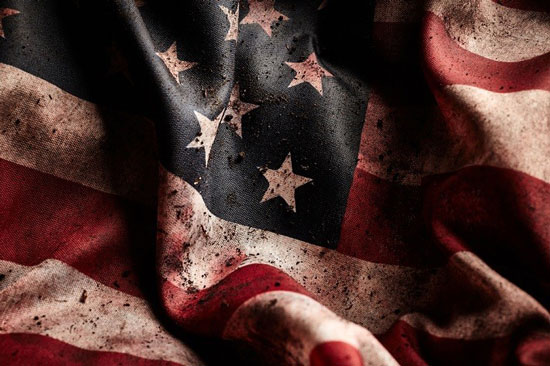 The curtain has been pulled back and the rot is clear to see for anyone who wishes to use the lens of reality. Never mind the now exposed propaganda of the mainstream media and federal government. The masses in the United States seem to be on edge due to the fact the illusion has been exposed. They are both horrified of this new reality and terrified of these so-called leaders at the same time.

They are living under the misguided belief that Trump is going to change all of this.
We see the youth of this country, ill-equipped to deal with reality, are now acting like the spoiled brats they were raised to be. The destruction of private property, the beating of innocent people and idle threats of assassination of the President elect expose how well the illusion has worked for the past thirty years. The youth were taught by their parents that if you don’t get your way you throw a temper-tantrum and you will eventually get the piece of candy. No need for winners and losers as they have been taught they are all winners. This may be one of the worst illusions perpetuated by the mainstream media propaganda machine working in conjunction with the ill-equipped parents of these overly privileged brats.

The reality of Trump’s Presidency is beginning to unfold and the criminals that have been in charge will remain in charge. The illusion of Trump is being exposed before he even takes the reins. Hillary was too damaged to take office. The continual Wikileaks email bombshells, the undercover work by Project Veritas Action and Huma Abedin’s 650,000 email problem was too much to overcome. The rigged votes no longer mattered. Were the problems with the voting machines, on election day, the oligarchs attempting to remove the rigging in favor of Hillary? We know the machines were rigged, in favor of Hillary, as this was exposed during the primary.

It is no secret that Trump loves the police state. This was another cornerstone of his speeches. The people of the U.S. would respect the police and the communities needed to stand up and end the “war on police”. There is no war on police. There is, in fact, a war on the citizens perpetrated by the police. With innocent people killed by the police on a daily basis; wrong addresses having their homes destroyed due to bad or misguided information; children being traumatized by goons gone wild wielding very heavy weapons and killing family pets for no good reason. There’s your war – not from the citizens but from the police.

Trump is a deal maker. Here’s how the illegals issue may be handled. The deal, that may have already been made, will be as follows – President elect Trump will institute a federalized police force through the Department of Homeland Security. The people will cheer. The federalized police will be task with gathering the information to deport the illegal aliens. This will lead to door-to-door searches and door-to-door removal of people. The problems this will cause will range from innocent people being harassed to innocent people being killed. Doors smashed in (breaking and entering – which is a crime), children terrified as the goons ransack homes carrying weapons that are illegal for the regular citizens to possess, not to mention the potential for neighborhoods to be shot up as situations escalate and get out of control.

We will be told, by the mainstream media and federal government, this is necessary – and what you wanted – in order to get the “bad guys” out of the country.
This really might happen. The mercenaries are already on the payroll. These mercenaries are, currently, in other countries, like Syria, Iraq and Afghanistan. These mercenaries are a private “army” called Academi Xe, formerly known as Blackwater. Hired killers are not concerned with whom their weapon is pointed as long as the check is good. 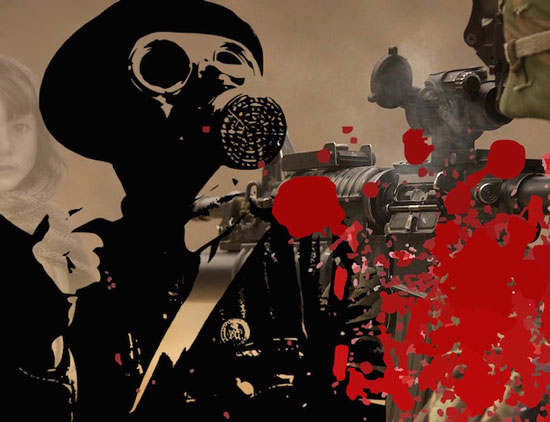 Now, raise your hand if you want to see our military brought home from these unconstitutional wars being waged around the world. This is how the mercenaries come into the picture. The military will need to remain where they are currently, in smaller numbers, to “spread Democracy” in these unconstitutional wars and to keep Russia from “taking over the world”. Since these mercenaries will need a job and there is a new need for their services, which they have been extensively trained – voilà! Problem solved. Illegals begin to be deported (what the people want) by the newly formed federal police force (what the oligarchs want). Deal made in hell by the dealmaker in the White House.

This will also solve the problem of these cry-babies destroying private property. Never mind they are within their right to protest, but they are not allowed to destroy property for any reason. The special snowflakes are in for a very rude awakening. The snowflakes will learn, in very short order, what the word consequences means and the impact it can have on an individuals life. No participation trophies will be handed out. What will be handed out is a very clear view of winners and losers. Snowflakes everywhere will be introduced to the concept of winning and losing. The mercenaries will not care about their tears of despair. The mercenaries will not care about their perceived “right” to threaten assassination of the President.

Ask yourself this – what are all those cameras at the intersections for? What purpose do are all those cameras on the freeway and everywhere else serve? They are for the purpose of facial identification to imprison these special snowflakes destroying property. These people will be rounded up, just like the illegal aliens, but instead of being deported they will begin filling state and federal prisons. Marijuana laws are changing and all the people currently imprisoned for possessing or smoking weed will soon be pardoned – all across the country. This will leave a massive shortfall in the states coffers. Once again, like magic, the void will be filled with these new rebel-rousers.

These snowflakes believe they can simply skate through, take a selfie and party on. Well, the real world is about introduce itself and the real world doesn’t care a second about their misguided belief they are the “beautiful ones“. No, snowflakes will be handed their hat with a swift kick in the butt and gun stock to the head. No amount of crying, selfies or self-centeredness will stop the pain or the beatings.

This is just one of the pillars that Trump built his base upon. This is one issue of many and while it is speculation at this point it has the potential to play out exactly as it’s described here. It is not that far of a stretch to see this path laid out above. One or two brain cells, a little thought about our current situation and these points can very easily be made. Remember, a deal maker was elected and now occupies the White House. What deals will be made between federal agencies, Wall Street and other nations that satisfy the people, the war machine and Wall Street? Time will tell and in January we will see if the picture painted above is merely a waste of our time or if this proves to be on the right path.

Is A Real Civil War Possible in USA?