From aspiring pop star to paralysed in just days: shocking picture of 12-year-old left bed-ridden in hospital after being given controversial HPV vaccine – but doctors claim that her problem is completely psychological.

Straight “A” student is now bedridden

Mia was given the routine jab – which protects against the human papilloma virus, at her school. The HPV vaccine Gardasil, is routinely given to 12-13 year-old girls as part of the UK National Health Service’s cervical cancer program.

The next day her legs felt heavy, she had a burning sensation in her spine and her feet were shaky.
Becoming worried, her mother immediately rushed her to the Emergency Room at the Royal Berkshire Hospital.

The straight “A” student went on to lose all sensation in her legs, core body and arms.

Unable to do anything except blink and talk, she is now being home-schooled and having singing lessons from her bed.

She’s bedbound apart from when she is carried or placed in a fully-supported wheelchair and is currently undergoing physiotherapy.

In addition to the paralysis, the teenagers is incontinent, cannot keep food down and suffers involuntary spasms.

Mia’s mother, Gini, 37, said that she is desperate for someone to tell her daughter that “it’s not all in her head”.

She added:
“She has gone from being someone who sings and acts and dances – a normal 12-year-old girl – and now she can only blink, speak and sing. It’s horrendous. Everyone thinks she’s been in a horrific car accident. People stop and say: ‘Oh my God, what on Earth happened?’.” 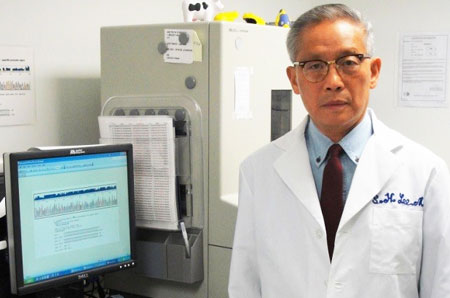 As an employee of the National Cancer Institute (NCI), part of the National Institutes of Health (NIH), it is certainly within Dr. Mark Schiffman’s job description to write articles promoting human papillomavirus (HPV) vaccines. After all, his employer owns patents on HPV vaccine production technologies and receives licensing fees from the sales of HPV vaccines.

The HPV vaccine Gardasil, based largely on technology developed at NIH and produced by Merck & Co., was approved by the FDA in June 2006. As early as Feb 2007, an article was published in The NIH Record, titled, From Lab to Market: The HPV Vaccine proclaiming:

“Perhaps no other recent product on the market demonstrates successful health care technology transfer better than the HPV vaccine.
What a great commercial success!”

The NIH, funded by taxpayers, also maintains a forum for scientific discourse, called PubMed Commons which hopefully “will leverage the social power of the internet to encourage constructive criticism and high-quality discussions of scientific issues that will both enhance understanding and provide new avenues of collaboration within the community”.

Censoring Any Negative Comments Regarding HPV Vaccine on Taxpayer-funded Websites?

January 19, 2017, the eminent pathologist Dr. Sin Hang Lee commented via PubMed Commons stating:
“Schiffman and colleagues finally admitted in the end of the abstract that implementation of HPV vaccination and screening globally remains a challenge. However, the authors did not present the whole truth required for a balanced analysis.”

It took nearly a month for Dr. Mark Schiffman to respond to Dr. Lee’s public comment with reassurances that the efficacy and safety profile of Gardasil had been well established.

“Dr. Schiffman’s responses to my initial comment on the Primer needs a rebuttal to point out its misleading and obfuscating statements.”

Almost immediately, the discussion was effectively shut down by the removal of Dr. Lee’s comments. Does this not seem like a gross violation of the public trust in an organization such as NIH which has promised to “encourage constructive criticism and high-quality discussions of scientific issues”?

Is it not a serious conflict of interest for NIH moderators to remove Dr. Sin Hang Lee’s dissenting comments from a site that is supposed to be promoting high-quality scientific discussions?

The full text of the comment, response and rebuttal was downloaded before removal by one of the readers and can be read here.

Dr. Lee said he is discussing a very serious scientific medical issue. He did not find any inappropriate language in his comments or rebuttals.

Therefore, on behalf of thousands of families around the world dealing with serious new medical conditions after Gardasil administration, the SaneVax team requests that NIH moderators restore the original comment, response, and rebuttal to the PubMed Commons’ website. It is in the public’s best interest that Dr. Schiffman and Dr. Lee continue their scientific debate.

Alternatively, the NIH moderators must publicly publish valid reasons for the removal of Dr. Lee’s comments.

In the words of Winston Churchill: “In science you don’t need to be polite, you merely have to be right.”
Open, honest debate is the only way to restore public confidence. Censorship will not work.

C.S. Lewis Revealed the Secret Plan for Imprisoning the Whole World Back in 1942