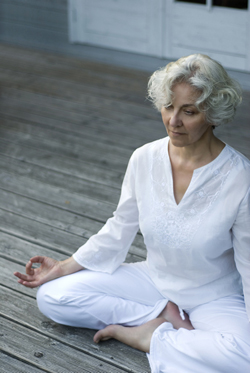 As we age, many of us start looking for ways to maintain our youthful vigor and good physical conditioning. That includes eating better, getting enough sleep, putting in some gym time, and trying to avoid as much stress as possible.
Now, we can add meditation to that regimen.

According to the findings of a new report from the American Heart Association, meditating can serve as protection from heart conditions that can be fatal. Just by spending a few minutes each day in meditation, you can lower your risk of dying from heart disease, the organization says.

As reported by the U.K.’s Daily Mail, researchers found that by meditating it is possible to decrease the number of risk factors for developing heart disease, and they noted specifically that meditation reduces harmful stress while lowering anxiety levels and blood pressure.

This recent study and report add to a large, pre-existing body of research that points to a bevy of medical benefits provided by meditation, which includes strengthening of the immune system.

The paper noted further: “While AHA researchers warn that the surest way to ward off heart disease is still the tried and true lifestyle changes recommended by doctors, they are suggesting that meditation could decrease your chances of developing the fatal illness.”

Most common among doctors’ recommendations is a healthy, wholesome diet filled with fresh organic foods, regular exercise, and of course, getting enough sleep.
As more people choose to include meditation in their daily routines, they are finding that it is also a tool for other success in life. Mindfulness, which is one of meditation’s foundational techniques, can bolster focus and provide you with a competitive edge in your professional life.

In that vein, research has found that the better you feel about yourself and about your life in general, the more you can thrive rather than just survive.
“Thriving is a word most people would be glad to hear themselves described as, but which science hasn’t really managed to consistently classify and describe until now” said Daniel Brown, a sport and exercise scientist at the University of Portsmouth, an expert in what makes people thrive.

He noted further that thriving boiled down to someone experiencing a sense of accomplishment, betterment, or success at mastering something. “In the simplest terms, what underpins it is feeling good about life and yourself and being good at something”, he told Science Daily. 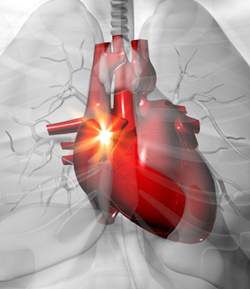 “Since the end of the 20th century, there has been a quest in science to better understand human fulfillment and thriving, there’s been a shift towards wanting to understand how humans can function as highly as possible”, he added.
As for meditation, it has been shown to provide additional health benefits, including reducing dangerous inflammation which, in turn, bolsters your immune system.

For their study, AHA researchers analyzed existing research to find out whether meditation might have an effect on the development of heart disease. Researchers focused on sitting meditation because it did not require any physical exertion or movement. What’s more, they studied forms that focused on concepts like zen, relaxation, insight, and mindfulness.

They concluded that meditation is tied to lowered stress levels, anxiety, and depression – all of which can contribute to the development of heart disease. What’s more, meditation helps practitioners sleep better while boosting overall well-being, the AHA report said.

Meditation can help people achieve all sorts of things, including smoking cessation, which also decreases a person’s chance of getting heart disease.
Though the existing body of evidence surrounding meditation is only now beginning to draw more interest, it seems clear that the practice most definitely provides long-term health benefits that now appear to include better heart health.

Apply this homemade mask on your hair and wait for 15 minutes. The results will leave you breathless

Eight choices you can make today for a better tomorrow