Here’s why Russia and America can’t get along 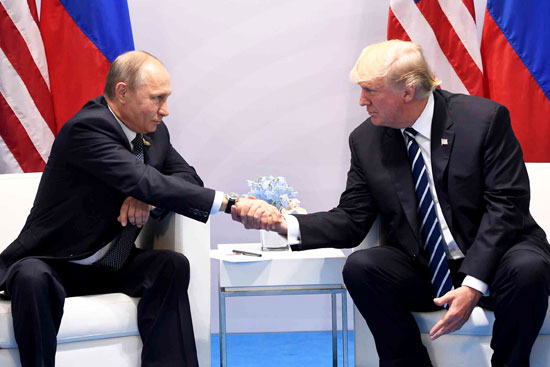 In July 2017, almost six months after assuming office, Donald Trump had his first meeting with Vladimir Putin. Instead of a summit, it’s snatched minutes on the G20 sidelines. Testament to the current anti-Russia hysteria in America.

In January, at his maiden news conference as president, Trump mentioned seven times how it would be “positive”, “good” and even “great” if America “could get along with Russia”. At the time, there was much bewilderment concerning his stances toward China, the European Union and the Arab World. But on Russia, he was notably consistent. He accepted the United States was partly to blame for dismal bilateral relations and insisted Washington would need Moscow’s help to wipe out ISIS.

Since then, China’s Xi Jinping, Britain’s Theresa May, Germany’s Angela Merkel, Japan’s Shinzo Abe, among others, have visited the Oval Office and Trump went to Paris to meet Emmanuel Macron. In addition, the president has visited Saudi Arabia and Israel and met all the NATO heads of state in Brussels.

But the toxic atmosphere in the US has restricted interaction with Putin to a few phone calls. Because, in a climate where some pundits even ludicrously claim the president is a Kremlin agent, Trump knows a visit to Moscow would lead to a media frenzy. And a Putin trip to the White House is almost unfathomable. Thus, a lot was riding on the short man-to-man encounter in Hamburg.

Inside knowledge?
Prior to that, assorted Russia “experts” with varying degrees of entitlement to the designation, have been giving Trump “advice” before his touch down in Germany. They’ve included the likes of Ian Bremmer, Steven Pifer and Michael McFaul. And some have made excellent points. However, there’s an overriding weakness to all their arguments; and that’s the inability to see things from the Russian perspective.

Sadly, this is the persistent failure of American analysis of Russia. Because Westerners get Russia wrong when they project their own values and priorities onto this country.

Instead, what they need to do is think like Russians. And it means taking their hopes, fears and perspectives seriously and giving them equal weight. Or otherwise, the net result is an endless cycle of recrimination and vitriol, which will continue to destabilize the world order.

Recently, Bruce Allyn of Harvard University, wrote an excellent opinion editorial, introducing an updated version of the “partisan perception chart”, something designed to advance dialogue in confrontational relationships. Quoting Abraham Lincoln, he wrote: “I don’t like that man. I must get to know him better.” And suggested such an approach would be useful in US/Russian relations to “to get to know the other side better, to allow both sides to air their grievances, challenge the other side, correct inaccuracies and then move beyond their emotionally charged, opposing positions to begin to address critical underlying interests.”

Allyn outlined some basic disagreements between Moscow and Washington. Here, a few more are included. And illustrate where the two powers were divided before Putin-Trump meeting.

RUSSIA: You are a military threat right on our border.

As seen from inside Russia, NATO’s eastward expansion is aggressive. It was bad enough bringing the Baltic states in, but attempting to add Georgia and Ukraine was the final straw. And adding the likes of Montenegro is needlessly provocative. This upset is also fueled by the historic memory of two great invasions of Russia – those of Napoleon and Hitler – coming from the European frontier.

AMERICA: You are a military threat to our European Allies.

Whereas Putin sees NATO’s European members as vassals of America, Washington publicly considers them allies, who have freely joined the club. Which certainly stacks up when it comes to political elites, if not the general populace in many of these countries. The US justifies NATO’s mission as guaranteeing stability in Europe and sees Moscow as a danger in this regard. However, Trump’s personal commitment to NATO is less than clear. He previously described it as “obsolete” before appearing to backtrack, albeit halfheartedly.

RUSSIA: You are a strategic nuclear threat to us.

AMERICA: You are a strategic nuclear threat to us.

This is pretty self-explanatory. Both countries are capable of reducing the other to radioactive ash.

RUSSIA: You are backing the wrong side in Syria. 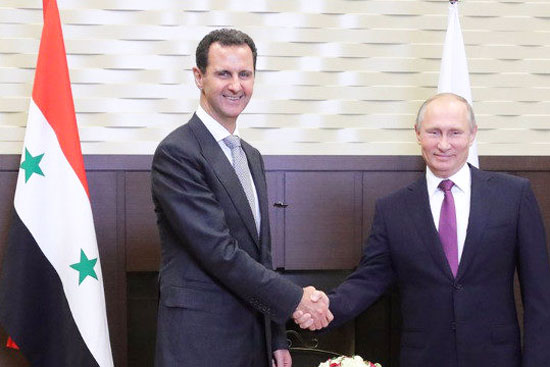 The Kremlin believes the only stable solution for Syria is an intact state, ruled from Damascus. And helmed by Bashar al-Assad, at least in the short term. It considers the jihadi groups the Pentagon has backed to be “terrorists” and believes if they take power it will lead to a Libya-style situation with a collapsed state. A perfect scenario for ISIS to thrive. Moscow also has real domestic security concerns related to radical Islamist terrorism.

AMERICA: You are backing the wrong side in Syria.

Under Barack Obama, the White House maintained that “Assad must go”. And the foreign policy establishment in Washington still pushes this agenda. Nevertheless, Trump himself is a wild card. He has openly prioritized the destruction of ISIS. Yet, his administration has attacked the same Assad forces which are fighting the terrorist group.

RUSSIA: You have interfered in our elections and domestic politics.

American meddling in Russian governance is a matter of record. In 1993, Washington supported Boris Yeltsin when he forced a rigged referendum on a “super-presidential” constitution. And in 1996, America helped him to defeat opposition leader Gennady Zyuganov, even sending advisers. Of course, a blind eye was shown to electoral violations, such as 110% turnouts in remote districts. Since Putin won power, US officials have displayed a clear preference for the small liberal opposition. And the Kremlin believes Hillary Clinton personally encouraged 2011 protests against the results of a parliamentary election.

AMERICA: You have interfered in our elections and domestic politics.

Despite a lack of tangible evidence, almost the entire US establishment believes Moscow played a part in directing the 2016 presidential election.

According to Wikipedia: “A January 2017 assessment by the Office of the Director of National Intelligence (ODNI) stated that Russian leadership preferred presidential candidate Donald Trump over Hillary Clinton, and that Russian President Vladimir Putin personally ordered an ‘influence campaign’ to harm Clinton’s electoral chances and ‘undermine public faith in the US democratic process’.”

Nevertheless, the Kremlin denies these charges and points to the absence of any proof.

RUSSIA: You bombard the media space with anti-Russian propaganda.

English-speaking Russians frequently complain the country they see described in Western media bares little resemblance to the one they live in. And it’s fair to say there is a lack of balance in mainstream press reportage from Russia. A hive mentality amongst Anglophone journalists in Moscow, further amplified by the rise of Twitter and Facebook, doesn’t help either.

AMERICA: You bombard the media space with anti-Western propaganda.

A few years ago, the US think tank racket began to promote the notion of Russian news outlets (basically RT and Sputnik) undermining the West. That said, given RT and Sputnik are literally just two organizations, with comparatively tiny budgets, up against thousands promoting a pro-American outlook, this does seem preposterous.

Of course, other issues are dividing the two countries. For instance, Moscow’s warm embrace of China, happening at the same time the European Union and America are becoming more vexatious, alarms many in Washington. There are also mutual concerns about energy production and distribution, sanctions (which the Kremlin believes are being used to gain competitive advantages) and North Korea.

Putin and Trump will have to find some compromises to offer any hope of improving relations. However, the McCarthy-esque madness currently enveloping Washington and the US media space makes it unlikely we’ll see any major changes in the short term, despite the two leaders’ best intentions.