How the Trans Movement Revealed the Absurdity of Political Correctness

Although the inception of an ideological movement is often rooted in altruism, when the adherents of such movements collectivize and become possessed by the endgame that their ideology espouses, it is not uncommon for the ideologues to move from rationality into dogma. When the dogma is delegitimized by facts, paradoxes are not only ignored, they are defended.

The words “gender” and “sex” were originally synonymous. Modern gender theory largely began in 1949 when Simone de Beauvoir espoused that one does not have to identify with their birth gender.

In the 1990s, Judith Butler published books stating that gender is non-binary and exists on a spectrum. Today, many on the far left advocate that both “gender” and “sex” are social constructs.

Therein lies the paradox of the trans movement. In a perpetual attempt to establish an infinitely inclusive hierarchy by virtue of post-modern standards, they regress into infinite exclusivity by delegitimizing other competing groups.

It is intellectually prosaic and ergo boring to point out when conservatives have crossed the line. However, it is novel to ask the rather unorthodox question, “When has the trans movement gone to far?”

Moreover, how can there be a gender wage gap? Would this not also disprove the myth of the patriarchy? How can one be gender fluid if there are no biological or psychological differences in the first place?

And why is it that stigmas exist against men in the West for reasons having to do with toxic masculinity, male privilege, and rape culture while political correctness forbids judging Islam despite its preservation of an actual patriarchy and an actual rape culture? 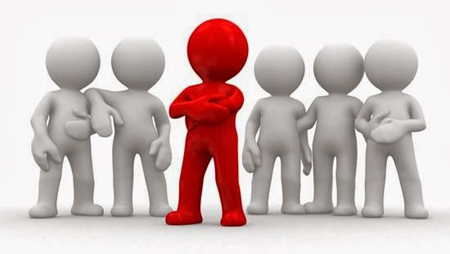 There are many that insist gender exists on a spectrum. This stands is stark contradiction to the letter “B” for Bisexual in LGBTQAAIP which tells us that sex is binary. If gender is, in fact, non-binary, then only mentioning lesbians, gays, and bisexuals in the acronym is reductive.

Women are constantly warned about domestic abuse from evil men who use their size and strength to dominate their female partners. However, when trans mixed-martial artist Fallon Fox utterly destroyed his female opponents, he was celebrated for shattering the barrier that has historically separated the genders in sports.

How do these ideologues overlook these glaring contradictions? Moreover, how do they explain their own existence? Are they not the products of sexual reproduction between a man and a woman?

This maddening conundrum is only intensified when we take into consideration transracialism, where individuals like Rachel Dolezal claim that race is a social construct and that they identify as a race other than their birth race. Are trans-racial individuals guilty of cultural appropriation or are they heroes of the oppressed minority?

Is race biologically determined or socially determined? If it is indeed a choice, would this not nullify the idea of white privilege? Why should institutions have affirmative action policies if there is no difference between the ethnicities?

Dr. Martin Luther King Jr. famously said:
“I have a dream that my four little children will one day live in a nation where they will not be judged by the color of their skin, but by the content of their character.”

The Hypocrisy of Trans-Ability & Trans-Species

Where do we draw the line? Are we willing to admit that trans-abled individuals are mentally handicapped, like Jewel Shuping who intentionally blinded herself with drain cleaner because she identified as a blind person? What about the trans-species Norwegian woman who believes she is a cat?

How about when a grown man identifies as a child in a display of trans-ageism? When 52 year old Paul Wolscht first came out identifying as a six year old girl, he was lionized by the Left as a champion of the trans-movement, while many conservatives said this would open the door to pedophilia.

Sure enough, two years later a 38 year old pedophile who plead guilty to molesting three young girls told police officers that he “was a 9 year old trapped in an adult’s body.”

We have long been warned about the risk of sexual abuse resulting from the power disparity between a boss and a secretary. Why is there not the same concern about a trans-aged adult and a child?

The Inherent Hypocrisy of Political Correctness 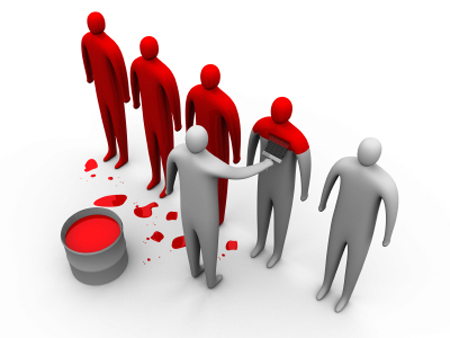 Ideologues do not have to adhere to consistency because they do not bother to comply with their own proposed standard.

They point the finger at the right and cry “science denialist” while they dismiss the scientific fact that men and women evolved to be starkly different biologically, psychologically, and physiologically. When James Demore scientifically pointed out how the differences between the genders result in traditional gender roles and different socio-economic outcomes, he was attacked for misogyny.

This epitomizes the bear trap of moral relativism. You cannot claim to be a moral relativist while simultaneously decrying toxic masculinity, the patriarchy, and rape culture. It is a self-contradictory stance to say that someone cannot be judged while judging others who judge that person.

The Left has pushed the fat-acceptance movement into the mainstream for nearly a decade, but when Michelle Wolf makes derogatory fat jokes at the White House Correspondent’s Dinner, the Left is silent. Political correctness proponents advocate for sensitivity towards marginalized groups, and yet they often are the cry-bullies that punch first and blame the victim.

Of course, attempting to reason your way through this half-baked gobbledygook is an exercise in futility. It only serves to illustrate how post-modernism and intersectional dogma have replaced moral objectivism with moral subjectivism to society’s detriment.

What decoys are constructed to take society’s focus away from the infiltration of America’s universities by Marxists, to distract us from the spread of globalism, or to keep us bickering over trivialities instead of confronting our common enemies?