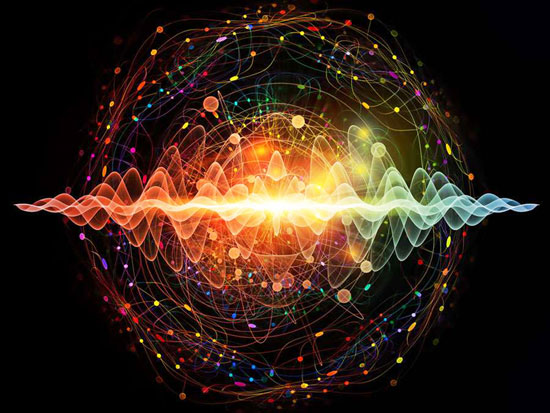 When it comes to quantum physics, it’s very common for researchers to come across information and results that leave them baffled, or simply don’t comply with the known laws of physics. The result is often more questions than answers, and that’s okay.

“We chose to examine a phenomenon which is impossible, absolutely impossible, to explain in any classical way, and which has in it the heart of quantum mechanics. In reality, it contains the only mystery.” Richard Feynman, a Nobel laureate of the twentieth century (from Dean Radin’s Entangled Minds: Extrasensory Experiences In A Quantum Reality).

In many instances, some results can go against the long-held and ingrained belief systems of many who hold prominent positions within modern day academia. The idea that we live in a “spiritual” universe, for example, has been criticized heavily by mainstream academics.

Richard Conn Henry, a professor in the Henry A. Rowland Department of Physics and Astronomy at John Hopkins University, explained this problem well:
“Physicists shy from the truth because the truth is so alien to everyday physics. A common way to evade the mental Universe is to invoke ‘decoherence’, the notion that ‘the physical environment’ is sufficient to create reality, independent of the human mind. Yet the idea that any irreversible act of amplification is necessary to collapse the wave function is known to be wrong: in ‘Renninger-type’ experiments, the wave function is collapsed simply by your human mind seeing nothing. The Universe is entirely mental. The world is quantum mechanical: we must learn to perceive it as such. The Universe is immaterial, mental and spiritual.ˮ

Perhaps this is why most of the founding fathers of quantum physics all shared the same belief, that consciousness is fundamental, that it precedes material reality, not the other way around. Perhaps this is also why more than 20 Nobel prizewinners and a large number of eminent minds have supported what seems to be the next step for quantum physics, which, in some opinion, is parapsychology.

Here is a great study published in the journal Frontiers of Neuroscience titled “A call for an open, informed study of all aspects of consciousness” that explores this thoroughly.

“The day science begins to study non-physical phenomena, it will make more progress in one decade than in all the previous centuries of its existence.” Nikola Tesla.

The Quantum Double Slit and What Consciousness Did to It

In this experiment, tiny bits of matter (photons, electrons, or any atomic-sized object) are shot towards a screen that has two slits in it. On the other side of the screen, a high tech video camera records where each photon lands. When scientists close one slit, the camera will show us an expected pattern, as seen in the video below. But when both slits are opened, an “interference pattern” emerges, they begin to act like waves.

This doesn’t mean that atomic objects are observed as a wave (even though it recently has been observed as a wave); they just act that way. It means that each photon individually goes through both slits at the same time and interferes with itself, but it also goes through one slit, and it goes through the other. Furthermore, it goes through neither of them. The single piece of matter becomes a “wave” of potentials, expressing itself in the form of multiple possibilities, and this is why we get the interference pattern.

How can a single piece of matter exist and express itself in multiple states, without any physical properties, until it is “measured” or “observed”? Furthermore, how does it choose which path, out of multiple possibilities, it will take?

This quantum uncertainty is defined as the ability, “according to the quantum mechanic laws that govern subatomic affairs, of a particle like an electron to exist in a murky state of possibility to be anywhere, everywhere or nowhere at all until clicked into substantiality by a laboratory detector or an eyeball.”

Perhaps this is why most of the founding fathers of quantum physics all spoke of something outside of our physical realm that influences the system, factors associated with consciousness, like measurement, observation, and intention.

The Experiment and What Happened

A paper published in the peer-reviewed journal Physics Essays explains how this experiment has been used multiple times to explore the role of consciousness in shaping the nature of physical reality.

It was published by Dr. Dean Radin, who you will see in the lecture below. He’s the chief scientist at the Institute of Noetic Sciences.

He produced incredible results: Human intention, via meditators, was able to actually collapse the quantum wave function. The meditators were the “observer” in this case.

In fact, as Radin points out in his lecture, a “5 sigma” result was able to give CERN the Nobel Prize in 2013 for finding the Higgs particle (which turned out not to be Higgs after all). In this study, they also received a 5 sigma result when testing meditators against non-meditators in collapsing the quantum wave function.

This means that mental activity, the human mind, attention, intention, which are a few labels under the umbrella of consciousness, compelled physical matter to act in a certain way.

“Observations not only disturb what has to be measured, they produce it. We compel [the electron] to assume a definite position. We ourselves produce the results of the measurement.”

When it comes to the study of human consciousness, results like these remind me of a study published by a statistics professor at UC Irvine more than a decade ago. It showed parapsychological experiments have produced much stronger results than those showing a daily dose of aspirin helps prevent a heart attack.

It also showed that these results are much stronger than the research behind various drugs like antiplatelets, for example. Despite these findings, psi experiments are only marginally acknowledged and not even known in the general “scientific” community, despite the fact that the evidence for psi is stronger than for the effectiveness of popular pharmaceutical drugs!

Perhaps that’s why the U.S. government ran a program examining psi for more than two decades, and is probably still doing so.

Are the American and European pedo-criminal Satanic elites condemning the West to oblivion?