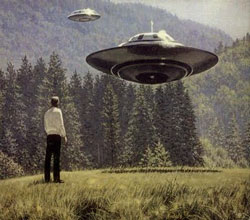 The UFO buffs are thrilled to hear the October 2016 statement from Paul Hertz, the Director of the Astrophysics Division of the NASA, who shared a startling information at IMGUR (online image sharing community) regarding aliens.

He said that we will not be the ones to discover aliens but they will discover us and when this finally happens, it won’t be a fairytale meet but a scary one. He said this with certainty. He added that in that moment there won’t be time for press conferences and we probably won’t even have the time to blink, everything will happen with the speed of light.

“Be careful what you wish for. If you guys knew even a fraction of what we do, you would never sleep again. I promise you that”, said Paul Hertz.

Paul Hertz has been on the steering wheel of NASA’s Astrophysics Division since March 2012 and he’s in charge for all NASA research programs and missions directed towards exploring the dark secrets of the universe, how everything works, how everything began and came to be until the present day. He’s also responsible for searching other planets with Earth-like conditions.

Was Trump To Disclose Nibiru During Inauguration Speech?