One in seven deaths in Britain every year is caused by an unhealthy diet, according to a Lancet study. 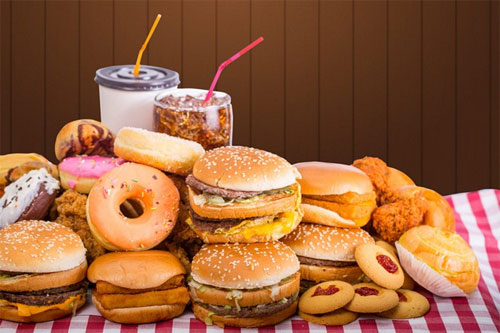 Research found that a lack of fruit and fibre is taking the heaviest toll and is fuelling conditions like cancer, heart disease and diabetes.

Study author Ashkan Afshin says that “This study shows that poor diet is the leading risk factor for deaths in the majority of the countries of the world” and is “a larger determinant of ill health than either tobacco or high blood pressure”.

The Telegraph reports: “The study by the University of Washington identified lack of wholegrain, nuts and fruits as the worst elements of the British diet.”

Too much salt was the fourth biggest dietary risk factor, followed by too little vegetables.
And the study found that fizzy drinks were only minor contributors to Britain’s death toll.

In total, poor diet was found to be responsible for 90,000 deaths in the UK a year – around one seventh of the 607,000 fatalities annually.

In Britain, bad eating habits cost almost as many lives as smoking, the study found.

Researcher Dr. Christopher Murray, from the University of Washington, said: “This study affirms what many have thought for several years – that poor diet is responsible for more deaths than any other risk factor in the world.
Our assessment suggests the leading dietary risk factors are high intake of sodium, or low intake of healthy foods, such as whole grains, fruit, nuts and seeds, and vegetables.”

Globally, unhealthy eating was responsible for more than one in five deaths in 2017, fuelling 10.9 million adult deaths.

This was more than any other risk factor, including smoking, which was associated with 8 million deaths, and high blood pressure, linked to 10.4 million deaths.
Cardiovascular disease – such as strokes and heart attacks – was the biggest contributor followed by cancers and type 2 diabetes.