One of the main cholesterol medications is the statin, and statistically one in every four American citizens who are over 45 are taking it so that they lower their levels of cholesterol. This industry is worth about 30 billion dollars, but also it is related to countless side-effects like chronic fatigue, anemia, liver dysfunction, Parkinson’s, diabetes, Alzheimer’s, acidosis, thyroid disruption, and cancer. 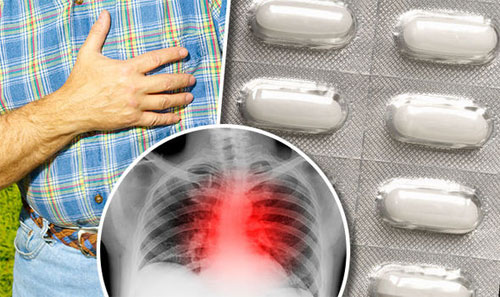 There is a movie $29 billion Reasons to Lie about Cholesterol by Justin Smith, in which he reported: “Between 1994 and 2006 men who were between the ages of 65 and 74 and were dealing with increased levels of cholesterol, have decreased it from 87% to 54%, but also that very same group started to experience heart diseases, and the rate of the coronary heart disease was still the same. There were other groups also where the people with high cholesterol decreased and the rate of heart disease was increased.”

According to many researches the cholesterol medications elevate the risk of cancer, and in the Journal of the American Medical Association, there was a report from 1996: “The use of the lipid-lowering drugs (statins and fibrates) was only increasing the risk of cancer in rodents, there were a few cases where at a certain level of animal exposure to those that were prescribed to people.

There were some careful postmarketing surveillance and long-term clinical trials that were needed in the next few decades to see if the drugs that are prescribed to lower the cholesterol levels are actually the ones that trigger the cancer in people. During the researches it was quickly found that both in humans and animals, these lipid-lowering drugs should not be used, especially the statins and fibrates, in patients that were at a high risk of a coronary heart disease.”

Therefore, using these cholesterol lowering drugs can have many other destructive consequences, like:
– Statins are elevating the risk of chronic inflammation, they cause type 2 diabetes, weaken our immune system and increase the blood sugar.
– Often they lead to anxiety, depression, memory issues and neurological damage.
– The statins are able to decrease the rates of testosterone in men.
– These medications were connected to more than 300 negative side-effects, like Alzheimer’s, Parkinson’s, thyroid disruption, chronic fatigue, neuropathy, and anemia.

Besides all this, the presence of cholesterol in our body is highly needed, for proper brain function and to also ensure the optimal hormone production.

A prominent expert in the field of natural cardiology and board-certified cardiologist, Dr. Stephen Sinatra, reported: “It is a fact that our body needs cholesterol. When we look at the Multiple Risk Factor Intervention Trial (MRFIT) study, in which for 13 years more than 180,000 men were looked at, men who had cholesterol of 180 had more hemorrhagic stroke than the ones that had about 330. If we are looking at the number correctly, than the higher the cholesterol number is, the less we are at risk of a hemorrhagic stroke.

We are in need of cholesterol for many reasons, we need it for our sex hormones, for our adrenal hormones, for our skin go activate the D3 vitamin from sunlight, for lubrication, our brain needs it for the neurotransmitter function, etc. It is no wonder then the LDL levels are too low, that some patients are experiencing pre-Alzheimer’s symptoms or memory issues, or sometimes global amnesia, which is losing all memory.”

So, if you want to lower the cholesterol levels naturally, then it is indicated for you to exercise regularly, and eat a healthy diet!

Dr. Aseem Malhotra is a cardiologist, and he reported: “As you can see clearly, the healthy lifestyle, the healthy habits will provide far better results than the medications, that are also effective but come with a much higher cost and many destructive side-effects!”

The former president of the Royal College of Physicians and the Queen’s former personal physician, Sir Richard Thompson reported: “The theory that seduces everyone where the diet and the cholesterol in our blood is the enemy must be avoided, because actually the intake of sugar is the main thing and has much bigger influence in cardiovascular diseases, diabetes and obesity. It is definitely time to put our finger on our head and think a little, and make a few transformations in our diets. So, you should turn to a much healthier diet, for example a Mediterranean diet and more physical activity, which is much cheaper and safer than the drugs.”

The best and healthiest way to maintain your cholesterol levels at a healthy level is to consume a tablespoon of wheatgrass every day. This will cleanse your body from toxins and waste, reduce the total and LDL cholesterol levels, and will also lower the blood pressure. 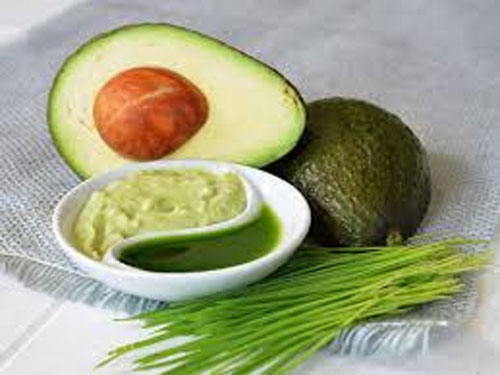 Also you may want to start consuming avocados every day, as they are a rich source of many nutrients and are pretty healthy for you, according to Health: “In a study preformed in the Pennsylvania State University Study, the participants were put on moderate-fat or low-fat diets, without or with avocado. The low-fat diet was able to reduce the LDL by 7 mg/dL, while the moderate fat diet produced even better results that nobody expected: The ones that didn’t eat avocados had 8 mg/dL reduced LDL, and the ones that consumed avocados had 14 mg/dL reduction in LDL.”