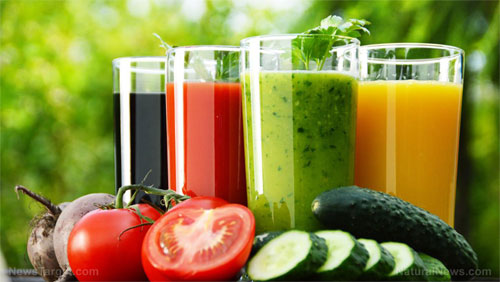 Hippocrates, the father of modern medicine, famously advised, “Let food be thy medicine, and medicine be thy food.” That is a message that Natural News has preached for many years, though the concept of food as medicine is not an integral part of modern medical treatment.

Despite the glaringly obvious link between our modern sedentary, junk-food-dense lifestyles and diseases like cancer, diabetes and heart disease, doctors are simply not taught to view lifestyle changes as a vitally important aspect of holistic treatment.

Slowly but surely this mindset does seem to be changing though, as more and more evidence emerges to demonstrate the remarkable healing power of food. Helping to fuel that change is the fact that the mainstream media is finally starting to cover stories about food cures being more powerful than pharmaceutical drugs.

Back in 2010, in an article for The New York Times, Dr. Pauline Chen admitted that she becomes quite uncomfortable when asked to make recommendations regarding nutrition. In fact, she felt that she pretty much knew as much about food and nutrition after medical school as she did before. As one of her colleagues admitted to her years ago, “I know we’re supposed to know about nutrition and diet, but none of us really does.”

This lack of basic understanding about how specific foods affect the body has led to a culture among medical professionals where pharmaceutical drugs are prescribed to solve virtually every problem, even those that could be resolved by simple dietary and lifestyle changes.

An excellent example of this mindset is type 2 diabetes, which is incredibly dangerous and yet 100 percent lifestyle-related. If patients were advised to cut out sugar and processed carbohydrates, lose weight and increase physical activity, many could avoid being diagnosed with this life-threatening illness. Instead, the majority of patients are put on drugs like metformin and are advised to increase their intake of starchy foods like rice and potatoes.

The U.K.’s Daily Mail reported in 2016 that a study published in the journal The Lancet in 2014 found that simple diet and exercise changes were more effective at preventing diabetes than metformin in prediabetic patients.

Diabetics are increasingly turning to such lifestyle changes rather than resorting to pharmaceutical drugs.

The Mail reported that Graham Hogben, a 66-year-old retired mental health nurse, was living proof of a low carbohydrate diet’s long-term benefits for diabetics. Since replacing meat with fish and switching to a very low carb eating plan, after 18 months he has seen his blood glucose levels drop from between 14 and 18 mmol/L, to between 6 and 8 (the desirable level is between 4 and 7). Hogben also was feeling better than he had in years, and was walking between 40 and 50 miles each week.

Diabetes is by no means the only disease that can be prevented or treated with the right foods.

A seven-year study by the Neuromed Institute in Italy found that patients with heart disease who switched to the Mediterranean diet, which is high in fish, nuts, vegetables and olive oil, were able to reduce their risk of premature death by 37 percent. Statin drugs, which are routinely prescribed to reduce cholesterol in heart patients, only reduce this risk by 18 percent and carry serious side effects.

It is vitally important that mainstream media organizations publish more articles endorsing the healing power of food, and that doctors start receiving better training about the vital role of food and lifestyle in the management of modern diseases.

As Dr. Aseem Malhotra, a consultant cardiologist at Lister Hospital, noted, “Doctors need to know about the impact evidence-based lifestyle interventions such as diet can have on chronic conditions. The healing power of diet has been underplayed and, unlike drugs, doesn’t have side-effects. If it was a pill, any company that manufactured it would make billions because the effect is so good.”