A seemingly ordinary at first glance Security Council report circulating in Kremlin on April 7 (2019) became anything but mundane when its discussion minutes showed that the highest national security classification level “Of Special Importance” has now been placed on a Russian Ministry of Health scientific study dealing with a new species of fungus called Candida Auris. This mysterious fungal disease was first detected in Japan, in 2009, shortly after International Space Station (that’s so teeming with fungi it’s starting to corrode) astronaut Koichi Wakata visited his home nation. Candida Auris is now sweeping across the globe, and has been labeled an “urgent threat” to humanity, as it is very “invasive and unbeatable”. Confirmed cases and deaths have now been recorded in several European countries, as well as in the United States, India, Pakistan, Venezuela, and South Africa. Dr. Tom Chiller, the head of the US Centers for Disease Control, Mycotic Diseases Branch, has just terrifyingly likened Candida Auris to “a creature from the black lagoon”.

[Note: Some words and/or phrases appearing in this report are English language approximations of Russian words/phrases having no exact counterpart.] 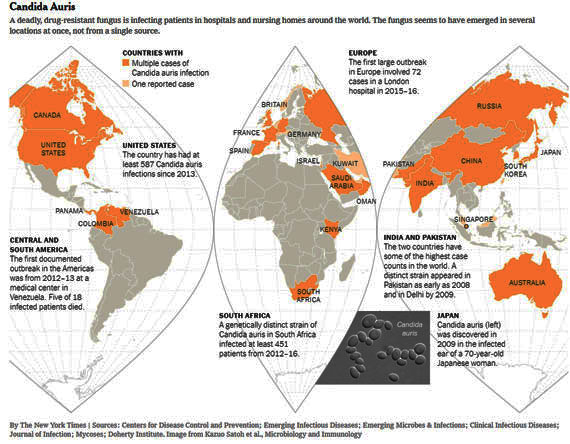 According to the Kremlin report, on March 6, 2019, the Security Council authorized the Russian Ministry of Health to release to the world scientific community a detailed analysis of a previously unknown outbreak of Candida Auris that occurred in a Moscow hospital in 2016-2017, and whose mortality rate was a shocking 42.1% of those infected.

The authorizing of this historic scientific information release from Russia to the world was due to findings discovered by the Russian Foreign Intelligence Service (SVR) that determined the most probable origin of this new Candida Auris disease sweeping across the globe was from the International Space Station.

In support of this assessment, SVR intelligence analysts noted that in February 2009, NASA astronaut-scientists aboard the International Space Station suddenly deployed a new device they’d developed to track down microscopic fungi and bacteria – an alarming development, as the International Space Station had aboard, at the time, two ancient and mysterious fungi species collected from the McMurdo Dry Valleys of Antarctica in Southern Victoria Land, that were launched into space in February 2008 and returned to Earth on September 12, 2009. 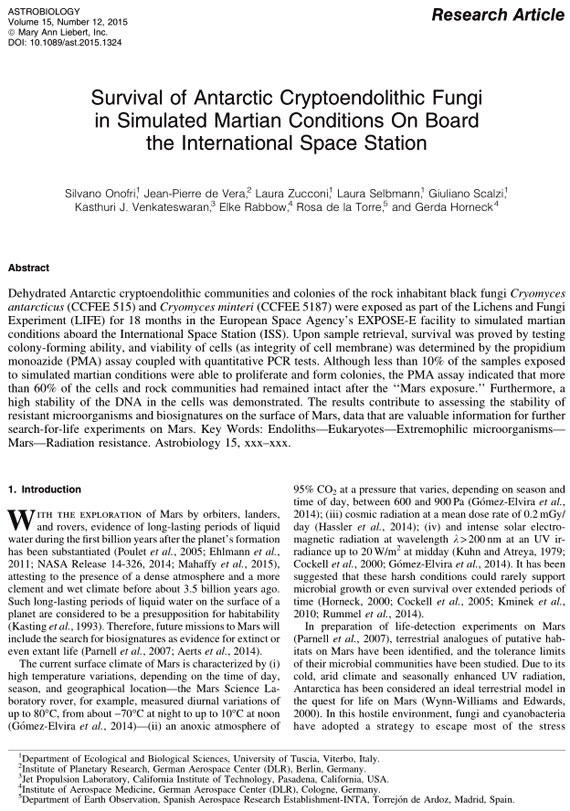 Most concerning to SVR intelligence analysts about the time frame the mysterious Antarctica fungi were aboard the International Space Station, were the still unexplained travels and activities of NASA astronaut mission specialist Koichi Wakata. He was due to travel to the International Space Station on Expedition 18 scheduled to launch on March 15, 2009, but at the last moment he was pulled from this launch for what NASA said was training on “new equipment”. Then he was again scheduled for Expedition 19 due to launch on March 26, 2009, but that was inexplicably scrubbed by NASA when they realized they’d have to use a Russian Soyuz spacecraft, which mandates a medical examination for all astronauts prior to liftoff. That caused Wakata, along with his full Expedition 19 crew, to be finally launched only during Expedition 20 on July 31, 2009 – expedition that saw Wakata traveling to the International Space Station aboard a NASA space shuttle, unlike other astronauts on this mission who used the Soyuz.

Though the exact mission and travels of NASA astronaut Koichi Wakata are more highly classified than this general report allows reporting of, it does note his being in Japan shortly before the first case of Candida Auris was documented occurring there. That was followed by the Americans conducting a multi-year scientific effort to discover if fungi could survive in our Earth’s most upper atmosphere – the first results of which were released in August 2009, showing that fungal spores and other biological particles can account for large proportions of aerosol particle mass in pristine rainforest air, as well as in rural and urban environments. The first study of its kind, released in January 2013, discovered that there’s a surprising amount of bacteria and fungi as high as 30,000 feet – and, remarkably, these microbes could be affecting the climate, as well as contributing to the spread of diseases down on Earth. 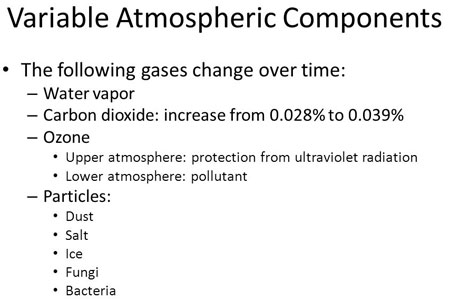 With Russian scientists having already detailed to NASA how after the 1986 launch of the pristine MIR space station, fungi and bacteria growth became unstoppable, it was no surprise that the mysterious ancient fungi discovered in Antarctica and sent to the International Space Station not only survived the brutal conditions of space, but also managed to reproduce. Greatest fears, now suspected to be true, are that this ancient fungi has spread to the exterior of the International Space Station, from where its spores are now “raining” down on Earth.

Supporting these fears that Candida Auris fungi spores are erupting from the exterior of the International Space Station and are now entering our Earth’s atmosphere and altering our planet’s existing fungi species, the Kremlin report continues, was genome sequencing testing which showed that there were four distinctive versions of the fungus. These four versions had differences so profound, that scientists suggested these strains had diverged thousands of years ago and emerged as resistant pathogens from harmless environmental strains in four different places at the same time. The finding is so shocking, that it caused CDC infectious disease expert Dr. Snigdha Vallabhaneni to fearfully, in terror, proclaim: “Somehow, it made a jump almost seemingly simultaneously all around the world, and seemed to spread and it is drug resistant, which is really mind-boggling”. 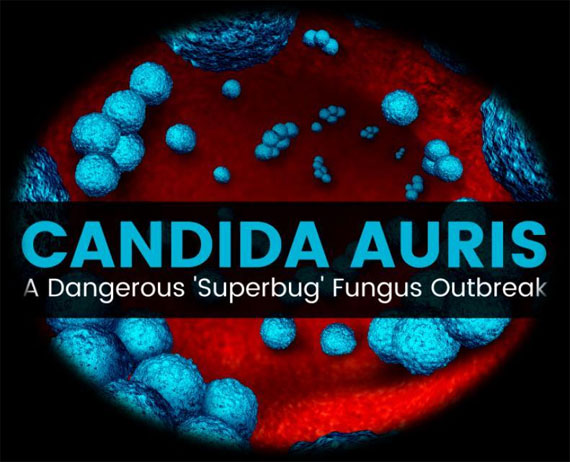 Most catastrophic and terrifying about the space borne Candida Auris fungi disease, as it continues its deadly sweep across the globe, is that it’s truly unstoppable. This is why a “climate of secrecy” about its rapid spread now exists in the West, most particularly because it preys upon the sickest human beings found in hospitals and care facilities. Everything that is infected needs to be afterwards nearly completely destroyed, which is why new fungi’s spread into the United States shows doctors and nurses fearing to even enter the rooms of those infected, thus leaving their loved ones to be the only ones left to care for the sick. Candida Auris’ terrible strike into a community was, perhaps, best stated by Imperial College of London infectious disease expert Dr. Johanna Rhodes, who grimly lamented upon it hitting her nation: “We have no idea where it’s coming from. We’ve never heard of it. It’s just spread like wildfire”.